WASHINGTON, D.C. — Housing advocates from around the country gathered in D.C. Thursday to protest current housing practices and present a platform of federal policy proposals. 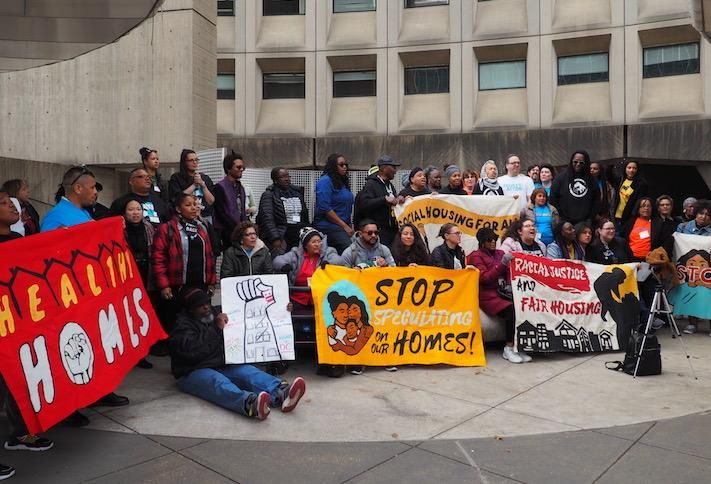 The group, a coalition of local advocacy groups organized by Alliance for Housing Justice, released a platform that calls for a wide range of measures including national rent control, stricter regulations on private equity apartment owners and the creation of 12 million publicly funded affordable housing units.

"What's unique about this platform is not even the boldness of the solutions — and they are bold solutions — it's that they come directly from the people that are most impacted by this crisis," Alliance for Housing Justice Project Director Liz Ryan Murray told Bisnow during the protest. "These are the bold solutions we need to really solve the crisis. No more nibbling around the edges."

The group of nearly 100 protestors stood outside the U.S. Department of Housing and Urban Development headquarters for about two hours Monday. After chanting phrases such as "No housing, no peace" and "We ain't gonna move," and listening to several speeches from coalition members, a small group of the protestors entered the building to try to present its proposal to the federal agency.

The group emerged from the building several minutes later and Ángel Rosado, a housing advocate from Buffalo, New York, told the crowd it had been denied a meeting. He said it requested meetings with officials in the office of Secretary Ben Carson and the public affairs office, but were only able to speak to building management staff.

"We have been disrespected and dismissed," Rosado told the crowd. "We were told we were trespassing on public land that our taxes paid for."

HUD officials did not respond to multiple requests for comment. 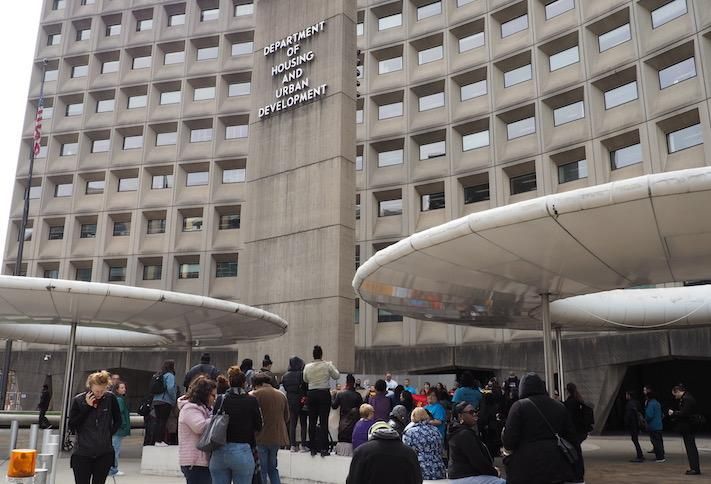 Murray said the group's proposal for nationwide rent control would allow for annual increases up to a certain threshold, though they don't propose a specific level. She said that is something the federal government should study, and states would then have the ability to pass their own rent control with stricter limits than the national baseline.

"We're at an emergency where people are being charged in a way that they cannot afford, so I think a federal rent control standard makes a lot of sense," she said. "There could be some level of increase for inflation. But it's the gouging, that's what's happening right now. This is not people raising because they need to put amenities in ... These increases are driving people to homelessness and have no basis with what's happening in the economy. It's time for that to stop."

Barbara Rivera, a tenant union organizer in Rochester, New York, came to D.C. for the protest. She said she is a single mother of two and has a hard time affording rent, so she supports the nationwide rent control proposal.

"Rent control matters, especially for low-income families, they need that," Rivera said. "Our elderly most of all, they've worked their entire lives to not be able to afford rent, and they have to make a decision whether they pay for that or food or anything else. That's ridiculous." 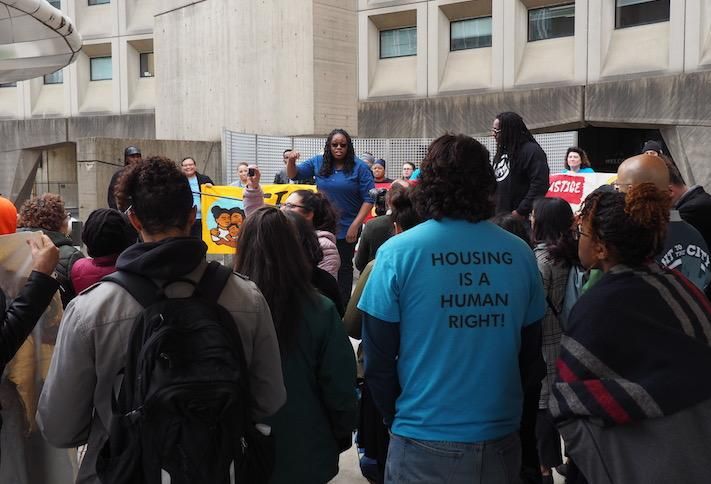 Bisnow/Jon Banister
Stand Up Nashville Executive Director Odessa Kelly speaking to the crowd of protestors outside the HUD building.

Standup Nashville Executive Director Odessa Kelly also came to D.C. for the protest. She said the state has prevented Nashville from instituting rent control measures, and she would like to see the federal government pass a rent control law.

"[Rent control] is definitely something we want to see them address on a national level," Kelly said.

Patrick Gregoire, an organizer with One D.C., said he thinks rent control is part of a larger package of policies that could help fix the affordability crisis.

"I don't think it would solve the problem, but it's a step forward," he said of rent control. "Rent keeps increasing while wages stay stagnant. Rent control is just the first step, what we really need is community control of land and housing."

In addition to nationwide rent control, the group is also calling for the federally funded creation of 12 million non-market-rate housing units. Additionally, it is calling for stricter regulations on real estate developers and investors, and it seeks to limit the role private equity can play in the housing market.

"One of the things our federal government is doing is actually subsidizing the private equity and corporate takeover of housing," Murray said. "After the foreclosure crisis, they would do batched sales of foreclosed homes to private equity for pennies on the dollar. Instead of maintaining homeownership or community control, they gave it to the same robber barons who ripped us off during the foreclosure crisis."

The group is also calling for reparations for past housing and land policies that have harmed minority communities. The final tenet of the group's platform is a "Green New Deal for Housing" that includes more environmental regulations to make sure housing is safe and sustainable.

Murray said she believes new leadership at HUD, in Congress and in the White House will be necessary to make progress on the group's policy goals, but she said the Alliance for Housing Justice is nonpartisan and has not endorsed a presidential candidate.

"We need a new Congress, and hopefully a new administration, that can put people's needs first," Murray said. "This is what people need now, we just need our policymakers to make it happen."