Why Toronto Condo Sales Champ Plaza Is Bullish On Vaughan

Top-selling downtown condo developer Plaza has ventured up to Vaughan, where last month's launch of The Met proved to be the burgeoning city’s biggest ever. SVP Scott McLellan tells us what drew the firm north. 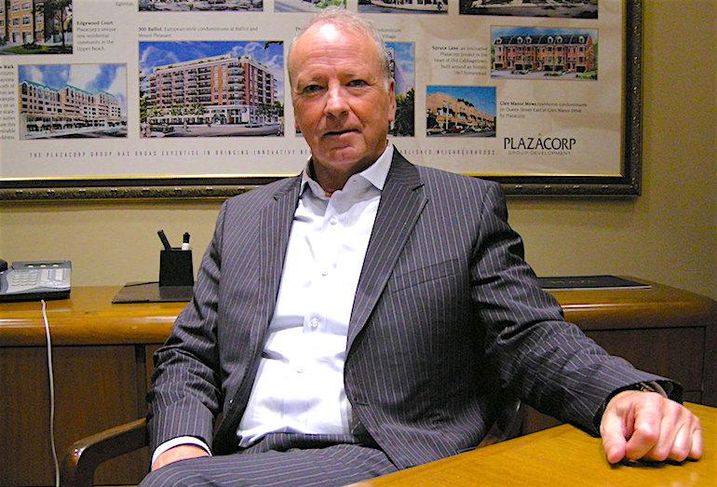 We snapped Scott at Plaza’s uptown HQ. His team has sold more than 450 of the 531 units to date at The Met, a 35-storey tower at Highway 7 and Jane Street. “We’re doing one or two deals a day," he says. Plaza is billing The Met as the most successful condo launch in the history of Vaughan, a city working to create a downtown core from scratch (Vaughan Metropolitan Centre), anchored by SmartREIT’s 100-acre mega-project. The Met is in the heart of the VMC, which will be serviced by the Toronto-York Spadina subway extension. And Scott notes the project is a boon for York University, vastly underserved with student housing options. 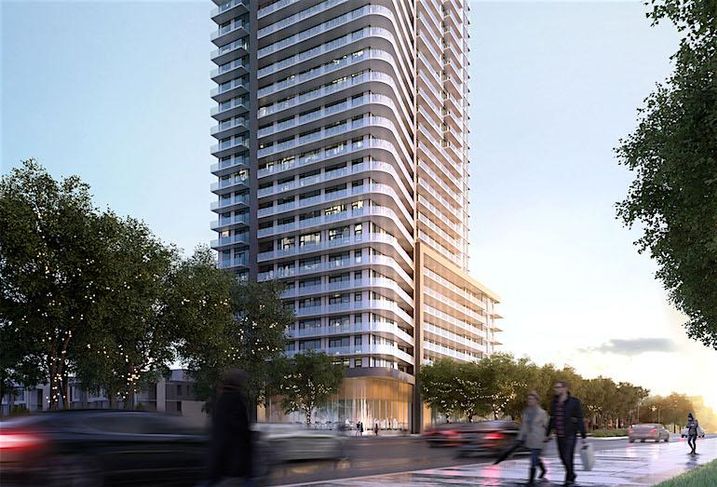 Plaza is building The Met in a JV with Berkley Developments, which acquired the post-industrial property years ago. The Vaughan site boasts the same drivers as one of Plaza’s top-selling downtown Toronto projects, says Scott, “and it was sitting there ripe for the picking.” The subway is paramount, as is the ambitious VMC plan, which calls for 12,000 residential units plus millions of square feet of office and retail, all packed into a dense core—a huge shift for the sprawling city above Toronto. (The major difference versus TO condos here is price, Scott says; The Met units are $200/SF cheaper than transit-oriented downtown comparables.) Below is The Met's ground level. 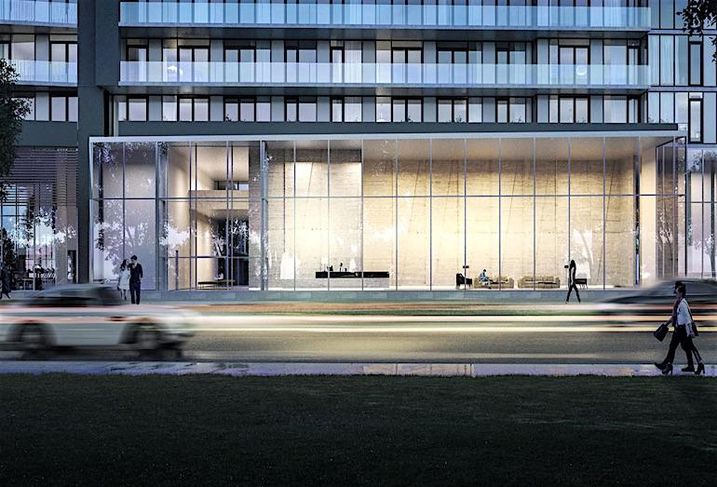 No other Toronto developer has moved condos downtown like Plaza, Scott tells us. “In the last seven years we’ve sold 1,500 units more than the next top builder,” averaging 1,000 sales annually across its project portfolio. So it’s significant that The Met is Plaza’s first project outside Toronto. Finding good sites in the core has become extremely difficult, Scott says, noting there were 15 bidders for a site at King and Peter that Plaza ultimately won last year, all of them TO's major condo players. “Every developer in the city went after it.” Plaza also acquired 5888 Yonge St, between Finch and Steeles, in 2015. 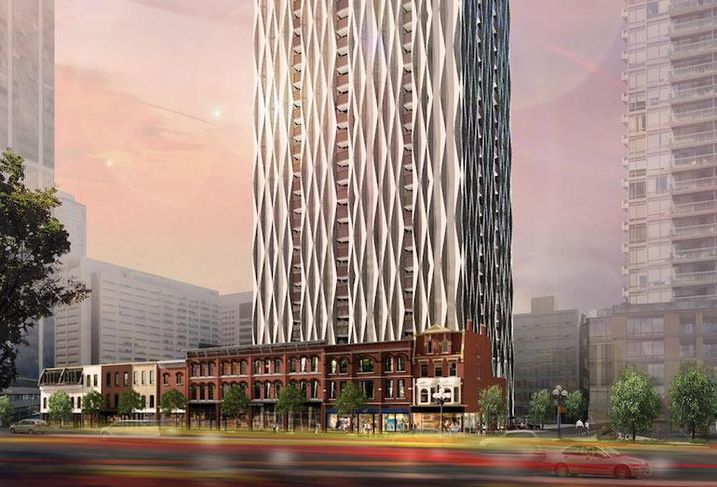 Plaza's focus is shifting northward, but its downtown slate remains packed. Above is 1 Yorkville, a 58-storey, 570-unit tower with a bent-steel facade under construction on Yonge north of Bloor. The project is a partnership with Bazis Inc, with whom Plaza JV’d on Exhibit on Bloor and North York’s Emerald Park Condos. Construction also has launched on 50 at Wellesley Station Condos (38 floors, 365 units) between Yonge and Church (below). Complementing this, Plaza has bought a site at Yonge and Maitland, across from the station. “Hate to use the term,” says Scott, who played for the Boston Bruins in the early '80s, “but the location is centre ice.” 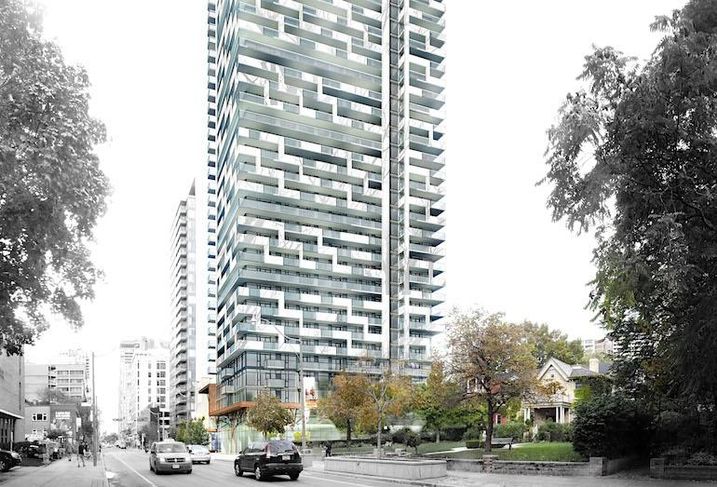 Later in 2016, Scott says Plaza hopes to launch 170 Spadina, a 300-unit building north of Queen Street (formerly FAD Condos). It’ll also be working through rezonings for the aforementioned property at King and Peter, and for sites at Jane and Bloor and at Widmer and Adelaide in the Entertainment District. Scott's objectives: keep Plaza's pipeline packed, its sales machine running full tilt, and, with offshore developers joining the crush of Canadian builders desperately seeking prime city centre sites, look farther afield for opportunities. Like in Vaughan. "We have to redefine what downtown is."