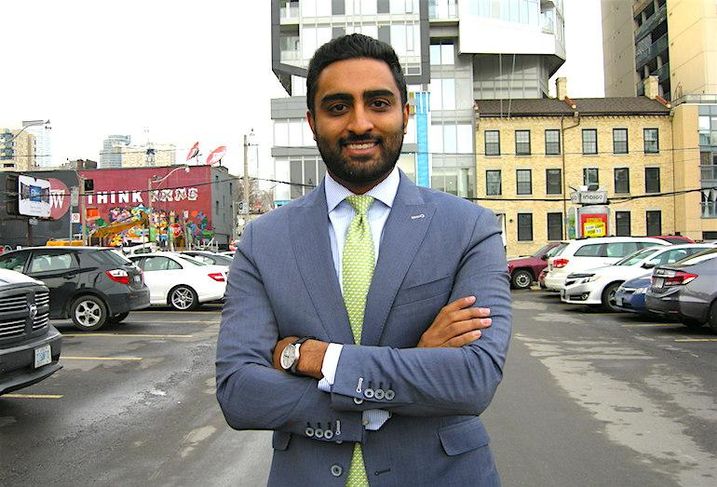 Here’s CentreCourt president Shamez Virani, pictured in front of Core Condos, a 26-storey building nearing completion at Shuter and Dalhousie streets with 700 SF of retail and a preserved heritage façade at the base. First residents occupy in January, he tells us, “so it’s been a mad dash to the finish line.” Shamez hasn’t been sleeping much lately. Two other projects, Indx—the Financial District’s only pure condo—and Karma, at Yonge and College—took occupancy this year. 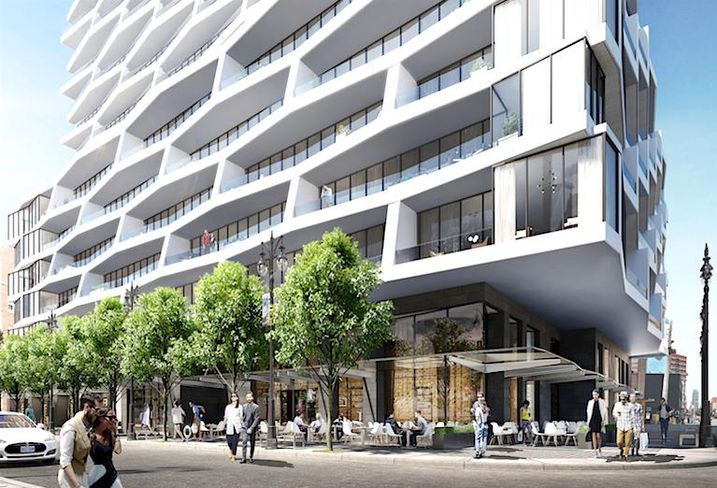 CentreCourt acquired the site for Axis, above, in 2015 and last Thursday received OMB approval for the 38-storey tower, on Church just north of Carlton. It launched the very next day, and Shamez says “all signs point to another sellout.” The project will be the city’s first condo to offer proper co-working space, a 4k SF shared-office area (open 24 hours with printers and meeting rooms) for the exclusive use of building residents. CentreCourt sees the tower being a hub for young pros, workers who favour flex arrangements that enable them to work from home via laptop and cellphone, but “don’t want to work in their living room.” 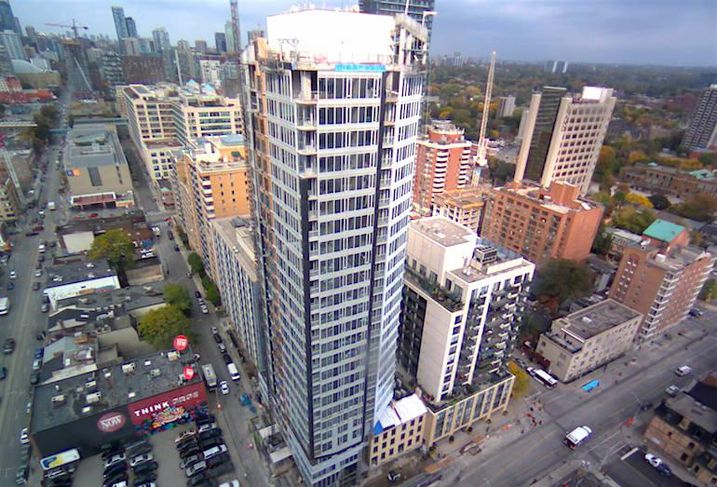 Above, an almost-complete Core. CentreCourt is now digging for 50-storey Grid Condos, at Jarvis and Dundas, an intersection undergoing considerable redevelopment. (Great Gulf recently finished Pace, and Gupta Group is underway on Dundas Square Gardens.) Downtown East is the city's hottest submarket, “largely driven by availability of land,” Shamez says. When he arrived here from New York six years ago he noticed an artificial divide at Yonge, with little density east of it, and Church and Jarvis carried stigma. But CentreCourt saw the area’s potential, took the risk, and thanks in part to booming Ryerson University, is now reaping rewards. 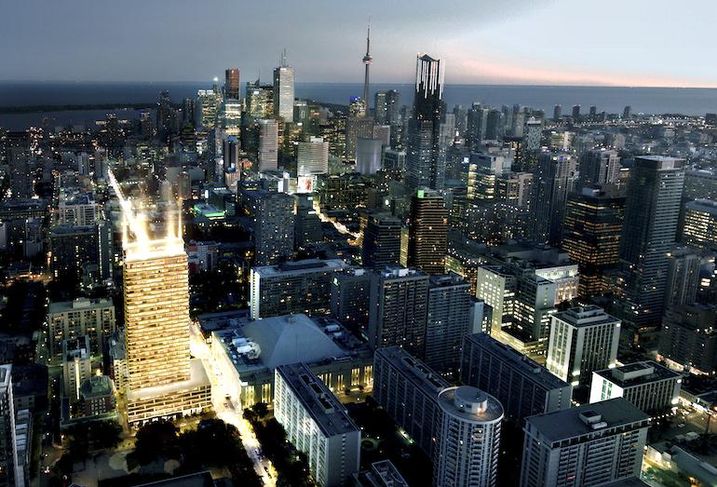 Another look at Axis. Shamez says CentreCourt is “as bullish as ever” on the condo market heading into 2017. The firm will soon announce new site acquisitions, the result of “relentless” efforts by CEO Andrew Hoffman. CentreCourt has completed 2,000 units since launching in 2010, and will be taking things up a notch with larger-scale mixed-use projects, some via JVs with institutional partners. Shamez says Brexit and the US election have made this city more attractive than ever to foreign capital. “Donald Trump will be good for Toronto real estate.”