Sneak Peek: The Well Will Be A Game Changer For Downtown West

Leasing has launched at 410 Front St W, the landmark office tower at The Well, a 3M SF mixed-use development that Allied Properties REIT’s Tim Low tells us will be a game-changing gateway to Downtown West. 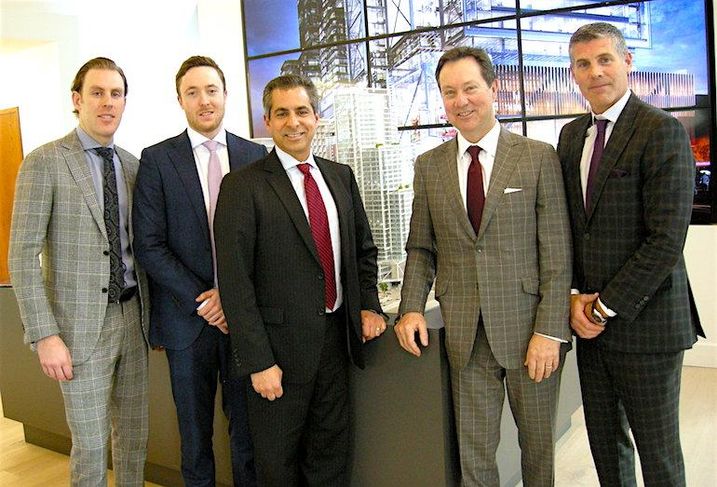 We dropped by the project centre and snapped Tim, Allied’s leasing VP, flanked by his Avison Young team: Sean T. Faught, Brett Armstrong, Robert Armstrong and Andrew Boyd. The Well, a JV with RioCan REIT and Diamond Corp, will see the redevelopment of the 7.7-acre Globe and Mail site into a community with 1,500 residential units, over 1M SF of office and 450k SF of retail. The Well's office tower, 410 Front, will stand 36 storeys at the northwest corner of Front and Spadina. It'll share a podium with the project's tallest condo building, which Tim says will be constructed at the same time. 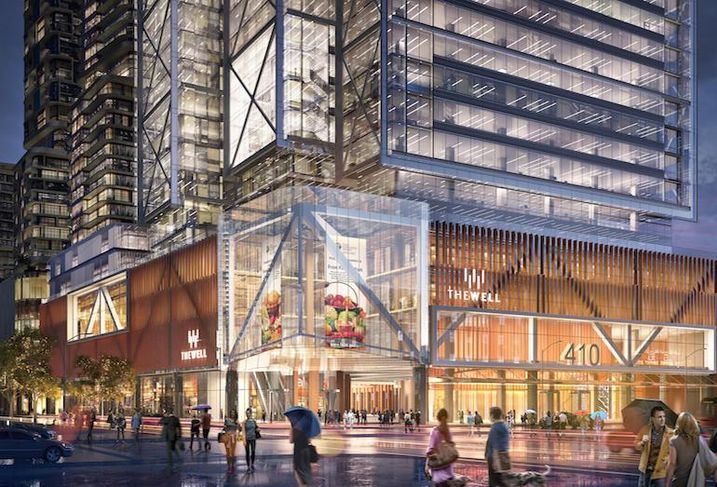 The initial leasing push at 410 Front is for larger tenants, fast-growing tech or financial firms who’ll take half of the 850k SF tower (and get naming rights). “We’re hearing from groups saying we can’t recruit in (suburban) Mississauga or Markham,” says Tim, who’s confident they’ll ink an anchor deal by fall. “Millennials all want to be down here, where they can live, work and play.” There'll be a laneway winding through The Well and open-air space for markets and events, plus a third of the community will be green space, including two sky gardens at 410 Front. Most buildings will have ground-level retail and office above. 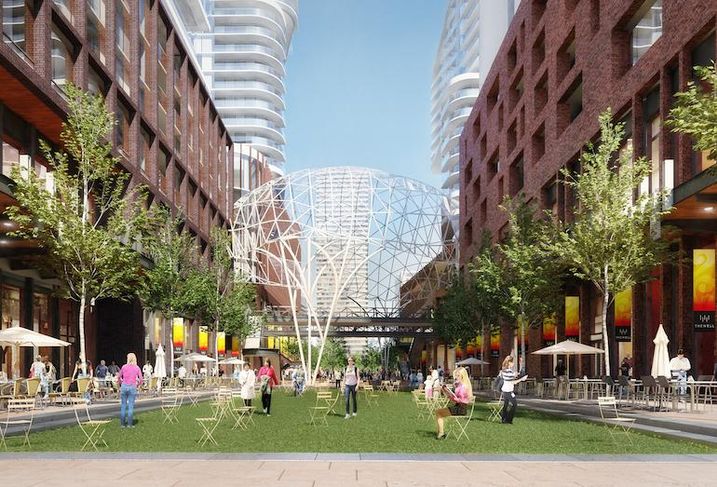 Andrew notes the stepped-back structure of 410 Front, the largest office building Allied has developed to date, creates a range of full-floor plate sizes, from 65k SF on the two podium levels to 11k SF at the top. The tower's side-core design, a Toronto first for a building this size, means elevators exit directly onto office floors, facilitating open layouts and the infusion of natural light. And 410 Front's all-glass elevators will yield views up Spadina, says Brett, while raised floors deliver a steady supply of fresh air. 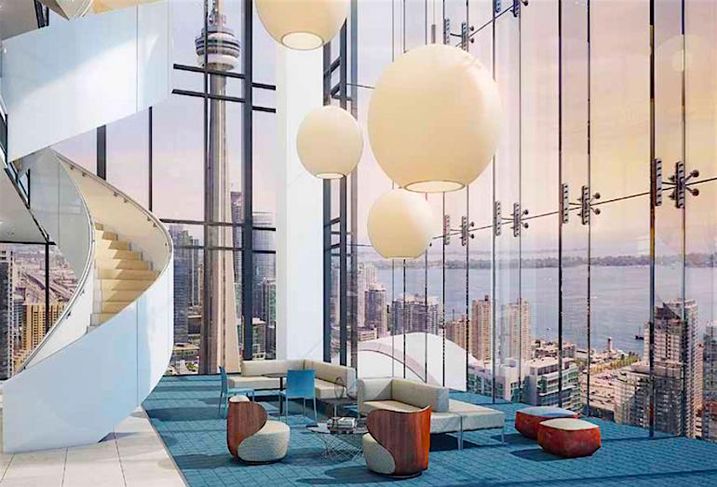 A look at the city views from 410 Front. The Well’s retail will tie into the fabric of the adjacent King West neighbourhood, with a mix of international anchors and boutique vendors, including up to 150k SF of restaurants, according to Tim. The development will also include two linear parks along Front and Wellington streets, and potentially a skating rink. And Tim says the JV is working on getting a GO Transit stop just across from The Well (as rendered below), with underground access to 410 Front. 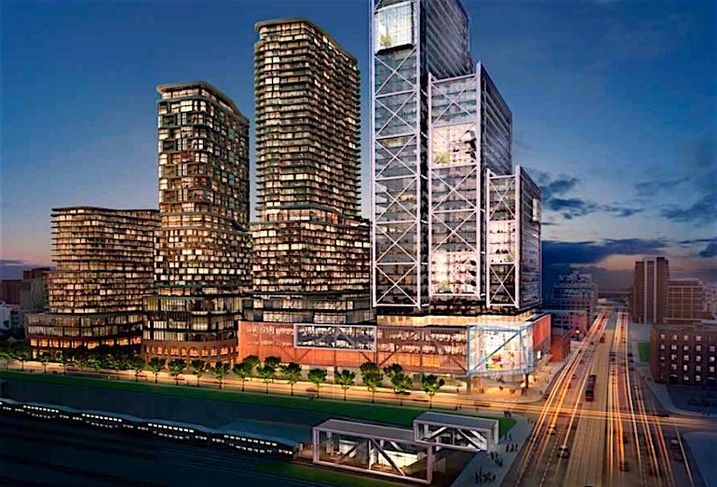 Allied, which Tim says is TO's third-largest landholder after the City of Toronto and University of Toronto, essentially created the King West office node. Led by Michael Emory, the firm turned the post-industrial neighbourhood into a brick-and-beam mecca, shifting market momentum westward while altering the city's office-space perceptions. Unlike South Core, a submarket Robert notes had to be “constantly defended” as it was emerging, The Well’s location already sells itself. Says Tim: “This represents the evolution of the neighbourhood we basically built."