When the Treasury Department released its most recent guidance on opportunity zones in April, investors were relieved: The rules left a lot of leeway for taking advantage of the program's tax breaks. In Fort Lauderdale, that's been translating into deals this spring. 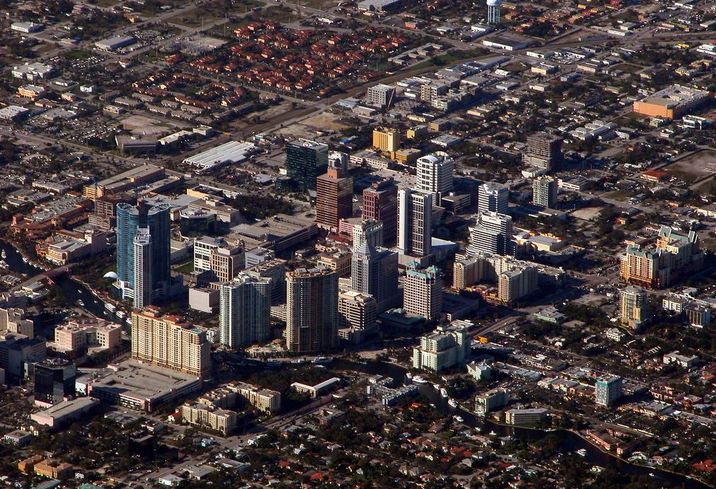 The rest of the year should be busy as well, because program rules require people who harvested gains from hedge funds and partnerships in 2018 to reinvest them in opportunity zones by the end of June. And to reap the maximum benefit from the program — a 15% reduction on taxes — money has to be invested in opportunity zone funds by the end of 2019.

Native Realty CEO Jaime Sturgis said that the new proposed rules have been a catalyst for deals in emerging neighborhoods all year. Native Realty is working on developments and property assemblages in zones in Flagler Village and the 13th Street and Sistrunk corridors, he said.

"The latest IRS guidance made some significant clarifications and helped the local market become more comfortable, and even more bullish, about the program," Sturgis said.

Miami-based Driftwood, a private firm specializing in hotel assets, this month launched its initial qualified opportunity zone fund, Driftwood QOF, with a target raise of $50M. The firm is already invested in two opportunity zone projects: a joint venture to develop a 218-room, dual-branded hotel called Home 2/Tru by Hilton in Fort Lauderdale, and the redevelopment of a 10-story office building into a hotel in Wilmington, Delaware.

"People are out there looking for deals," Rojo said. But he is wary that "land sellers are unrealistic as to the actual benefit of the program."

Rojo said Affiliated Development had a deal in the works for years to build a workforce housing apartment building in the Sistrunk neighborhood; it just so happened that it fell into an opportunity zone when the program was announced.

Affiliated closed in April without waiting for the latest round of regulations. Its 220K SF building is beginning construction and should open in late 2020.

Rojo said his deal was complicated because it involved Community Redevelopment Authority grant money, but that some of the things he learned as they hit speed bumps in the development process was that "most investors from sophisticated family offices aren't going to invest money in a blind pool."

He said his investors each set up their own LLCs, which functioned as individual funds, and then collectively invested in the opportunity zone business.

In FATVillage, a few well-known Fort Lauderdale names announced this month that they consolidated 5.2 acres in downtown to capitalize on a parcel that is in an opportunity zone.

Alan Hooper and Tim Petrillo, who are co-founders of Urban Street Development (behind FATVillage projects Avenue Lofts, Foundry and Mill Lofts) and partners in The Restaurant People (Yolo, Boatyard and more), announced they forged a strategic partnership with Doug McCraw and Lutz Hofbauer, who are credited with creating the FATVillage brand and its art walk.

Without disclosing many specifics, Hooper said in a statement that they have retained consultants and architects, and will "combine food with art and technology (FAT) and develop a neighborhood where people and businesses of all sizes can find a place to create and collaborate, to live and socialize.”

The Bisnow Opportunity Zones event will be held at Sistrunk Marketplace & Brewery, a long-awaited, 40K SF food hall/brewery/meeting space with a DJ academy, cooking classes, and art and music events.