Even with a Kennedy here and a Pulitzer there, Palm Beach County has always been pretty sleepy. But the real estate rebound of the past few years has transformed the area just as it did Miami and Fort Lauderdale. The effects are eye-popping. 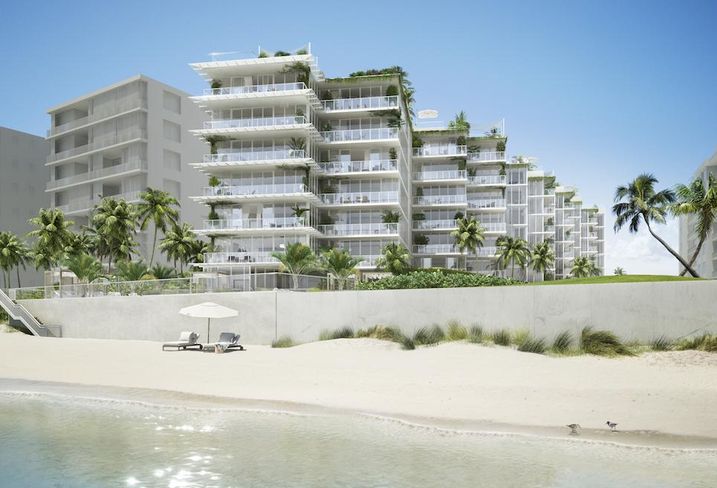 Courtesy of DDG
DDG's new building in Palm Beach, 3550 South Ocean, will be the first major project on the island in a decade.

Right now, the county's most expensive condo is not an oceanfront development on swanky Palm Beach Island, but rather a modern building nearing completion on mainland West Palm Beach. Here, residents can still get water views of the Intracoastal Waterway, without as much hurricane exposure, and are in walking distance to pedestrian-friendly main drag Clematis Street.

The Bristol, built on the site of the former Chapel By The Lake at 1112 South Flagler Drive, has 69 units. The Palm Beach Post reported that prices are "astronomical, ranging from $1,500 to more than $2,500 per SF." A floor sold for a rumored $40M.

Nearby, a 205-unit luxury rental building, the Alexander, opened in 2017. Two more luxury projects — the 315-unit Broadstone City Center at 410 Datura St. and the 290-unit Park-Line, between Datura and Evernia streets — are almost completed.

Todd Michael Glaser, who made his name developing high-end homes in Miami and is an investor in famed architect Zaha Hadid's One Thousand Museum tower in Miami, has lately been working in Palm Beach.

"I am still doing a lot of development and building in Miami," Glaser told Bisnow. "I just like the Palm Beach/West Palm Beach market, as it's a generational change in Palm Beach, which I've never seen before, as younger families are moving in."

The once neglected, now-trendy neighborhood of Northwood is seeing mini condos, and a $145M project is planned on the site of the old City Hall.

Several developers have migrated north from Miami in recent years. Billionaire Jeff Greene has several multifamily projects underway, although The Real Deal reported that he killed a plan for micro-units late last year because of worries about oversupply, even though Palm Beach County's population growth has been outpacing the nation, at 2.8%. The population is expected to hit 1.5 million this year, according to the Palm Beach Post.

"Donald Trump has, in many ways, heightened people's awareness of Palm Beach. He has increased interest in the county more broadly," said DDG Chairman and CEO Joe McMillan, who is building 30 units at 3550 South Ocean, where the Palm Beach Hawaiian Oceanfront Inn (locally famous for its dive bar) once stood.

"That's the opportunity here — there has been so little development on Palm Beach Island in a dozen years," McMillan said. "On the island, most condos are 30 to 40 years old. There's no new housing stock."

Palm Beach offers "a certain refined lifestyle that you can't get anywhere else in South Florida," McMillan said, and people who travel like its easy access to the airport, which is a straight shot over the Southern Boulevard bridge from Mar-a-Lago.

DDG's units will sell for $1.9M to $7.2M. McMillan said the project is 25% sold and that most buyers are hailing from North America, including some right in Palm Beach County who want to downsize from single-family homes.

It was also announced this week that townhouses will likely rise at 456 South County Road, formerly the longtime site of Charley's Crab.