As the Palm Beach Post has explored real estate and demographic trends to come in Palm Beach County the next decade — including more active-adult, 55+ communities, a growing Latino population and building booms in western municipalities like Wellington and Royal Palm Beach — it also is gearing up to have a direct hand in the built environment's future. 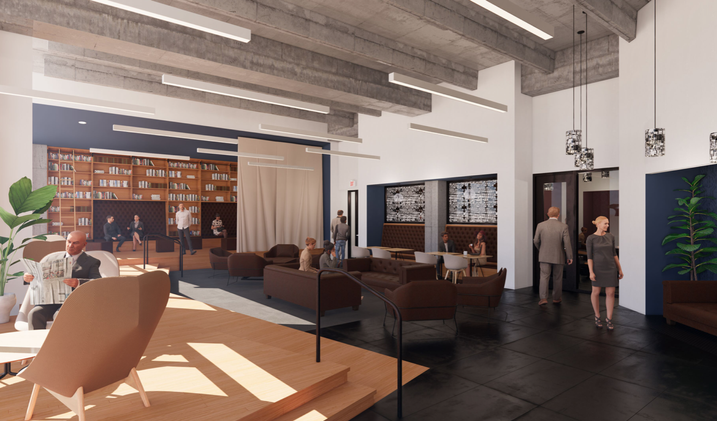 Courtesy of Tricera Capital
Tricera Capital announced a redevelopment of the Palm Beach Post campus into a mixed-use venture, The Press.

Miami-based Tricera Capital in October announced plans to convert the Palm Beach Post's West Palm Beach campus, an 11-acre site it bought in February, into an office and retail project called The Press. Tricera expects the project to open in 2021.

"It's a big adaptive reuse play," said Tricera co-founder Scott Sherman, who will be speaking at Bisnow's Palm Beach County State of the Market event Dec. 11.

Sherman and partner Ben Mandell saw a void for modern office space and lifestyle-oriented retail in the West Palm Beach area. A 125K SF retail component of their site will be branded as Shops at the Press and a 140K SF office component as Workspaces at the Press. The Post will occupy 35K SF on the second floor.

"The Dixie Highway corridor around Okeechobee and Southern Boulevards is changing quickly," Sherman said. "All of downtown is interesting right now ... Clematis Street, all of those corridors."

Restaurants are coming into the area, the Norton Museum just underwent a huge renovation and the city has plans for improved streetscapes and a road diet. Near the Post site, other projects are also being torn down and redeveloped.

Elements like these make Sherman bullish on West Palm Beach and Palm Beach County generally, he said. He is scouting other deals that could come to fruition by early 2020.

Taylor Collins, partner in residential developer Two Roads Real Estate Group, will also be a panelist at the event. Two Roads is partnering with Alpha Blue Ventures on the 42-unit Forte on Flagler, along the Intracoastal Waterway in downtown West Palm Beach. Units range from $3.8M to $7.5M.

The waterfront was always picturesque, but quiet. In recent years, a downtown library and city hall were demolished and replaced with a $145M mixed-use project including a Marriott hotel. Hundreds of new retail spaces have been added. An ultra-luxury condo, The Bristol, was built. 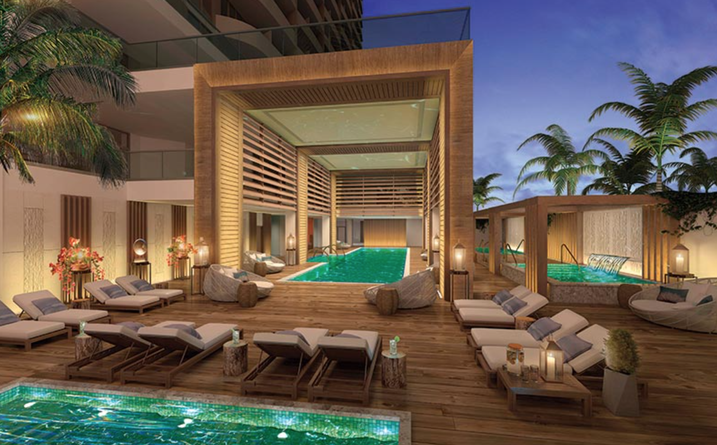 Further north, Amrit Ocean Resort & Residences is rising on Singer Island and set for completion in Q2 of 2020. The condo/wellness resort project represents the continuing allure of northern Palm Beach County as an elite destination, with units priced from $1M to $4M. The development is centered around wellness, with amenities such as a hammam (a Turkish bath), a spa and an apothecary. There is a private beach with cabanas and "beach butlers."

Amrit's developer, Dilip Barot, founder of Creative Choice Group, will also be a panelist at the Bisnow event. Barot said he has built almost 40 projects from Guarajat, India, to Longboat Key, Florida, but felt that Palm Beach County was ideal for a resort location — it has beachfront and is accessible to air travelers, yet it feels calm.

"I considered other locations like Miami or Fort Lauderdale," he said, but he felt Palm Beach was much better for his theme of personalized wellness and luxury.

He expects more real estate to be centered around wellness, much like developments sprung up around golf courses in the 1980s and '90s. Like-minded residents and visitors will be healthy, thus more productive, and inspire one another, he said.

Barot said Amrit has 182 condo units, which can also be rented out while not in use, plus 155 hotel rooms. Resort packages, which include use of the 100K SF of amenities and treatment in 24 oceanfront spa rooms, can cost $1,900 per person per day, he said — on par with concepts like Canyon Ranch.

"No one else is offering anything like this on the East Coast of the U.S.," Barot said. "I may be the best in the U.S., but I'm being humble saying East Coast."

Barot "didn't take Wall Street funding" and isn't worried about competition, since other nearby developments are condo towers without the programming; a new Trump resort is "not oceanfront; it's on a golf course — on the railroad tracks basically," he said.

"We feel very comfortable with our business model."

For others looking to develop or operate in Palm Beach County, Barot said pros are that it has great potential and is not overcrowded, but cons are that it doesn't have a worldwide reputation like Miami.

"You have to be focused and know your customer," he said.