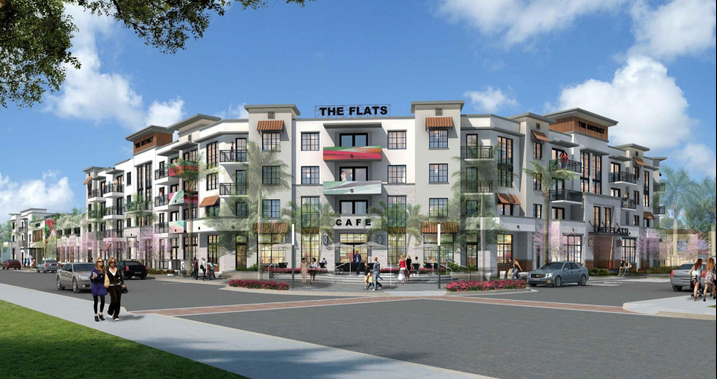 West Palm Beach developed in the early 20th century along Henry Flagler's railroad line, which brought wealthy northerners to winter in genteel Palm Beach. Downtown West Palm Beach began modernizing in the 1990s with developments like CityPlace and the Raymond F. Kravis Center for the Performing Arts. Currently, Related Group is redeveloping CityPlace and luxury developments are crowding along the waterfront.

As the city center evolved, the one-block Warehouse District, just to the west of downtown, followed. The 2017 opening of Grandview Public Market, a food hall concept driven and managed by Chris Vila (son of This Old House TV personality and Palm Beach County resident Bob Vila) brought coffee shops, a brewery, a rum distillery, a surfing museum, hipsters and fanfare.

"We've been tracking the area for over three years, and the Grandview Public Market was the catalyst," Eastwind founder Jack Weir said.

The property on which Grandview sits was sold in December 2018 by Johnstone Capital Partners, headed by Hunter Beebe of Palm Beach. Beebe paid $5.46M for the buildings and sold them to Charlotte-based Asana Partners for $18.5M.

Weir said he picked up his neighboring property from Ram Realty founder Peter Cummings, who had plans for a ultramodern residential project with cascading glass cubes, but ultimately concluded it wasn't feasible. Weir said that as the first residential developer to move forward in the niche area, he had to work a little to persuade his lenders.

"People look for comparables," he said. "There aren't really any."

While he sees downtown hitting a critical mass of residents to support foot traffic on retail-oriented Clematis Street, "we see this neighborhood as distinctive," he said. He likened it to Wynwood in Miami, 12 South in Nashville or the South End of Charlotte.

The District Flats will consist of one four-story building and one three-story building offering mostly one-bedrooms and studios, plus a 250-space parking garage and 2,700 SF of retail including a café. There will be a swimming pool, a garden amphitheater, a dog park and a public park. Twenty percent of the apartments (36 units) will be allocated as workforce housing for households making less than 140% of the annual median income for Palm Beach County (so less than about $84K). The District Flats was designed by MSA Architects and will be built by Verdex Construction over 15 months.

Weir said he'll "never say never because we're subject to the market," but his current intention is to hold the property as a long-term investment.