CRE Predictions For 2018: 'South Florida May Be Ready To Boom Again'

As 2017 faded away and 2018 stormed in, Bisnow asked some of Miami's top commercial real estate executives for their predictions as to how the market will fare in the coming year and where they see opportunity. 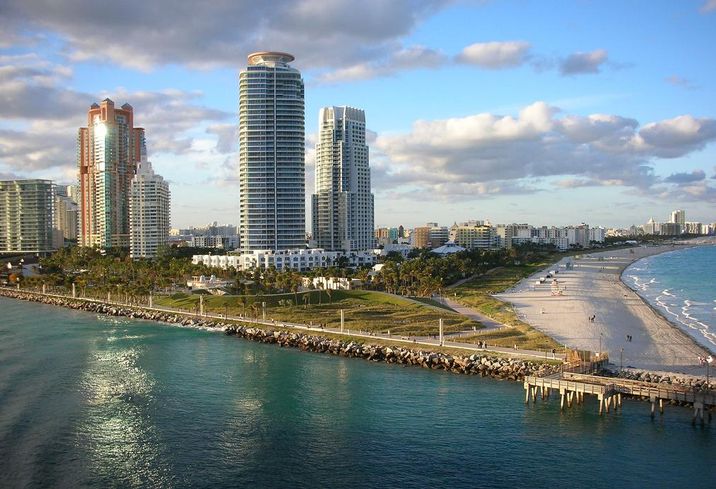 “South Florida was a buyer’s market in 2017, particularly in the ultra-luxury sector. While the market is generally seeing lower pricing, there is no doubt that this sector saw the greatest opportunities. The boom generated a significant amount of speculative product in the sector, which initially sought aggressive, record-breaking pricing. But the softening of demand ultimately led sellers and buyers to find a meeting of the minds.

2017 brought significant discounts, which we believe still left room for early investor profits. The recent spike in interest, coupled with tax referendum, seem to have shifted the temperament of both buyers and sellers, raising speculation that South Florida may be ready to boom again. Douglas Elliman cornered the market, closing a large percentage of the transactions at the top of the market, and we have seen velocity in the sector continue to gain momentum.”

“The negligible amount of new condo development announcements in the past two years have caused inventory to be absorbed, allowing prices to continue stabilizing which sends a buy signal to the market. We have already seen an increase in momentum toward the end of 2017 — typically a time when the market slows. That should carry us into a much stronger 2018.”

"On the domestic front, I think everyone needs to have their focus on Trump's tax plan. It will be tough on high-income earners in states such as New York and California with high state income taxes, because they will lose their deductions against federal taxes. South Florida’s luxury market will benefit greatly from this, with these people making this their primary residency to take advantage of no state income taxes and homestead exemptions.

"On the international front, I believe the Euro will start coming back stronger versus the U.S. dollar. Emerging markets will follow suit, which will make the U.S. affordable again for them and will allow them to buy property here both for leisure and security purposes, since Europe has become so dangerous to live in. Latin America will follow Europe. I am optimistic, although I stand on the side of caution that at some point the financial markets will have a big correction. I am generally optimistic."

The other factor that is affecting the pricing of construction materials is the level of capacity to manufacture building products. Many manufacturers closed their shops during the recession and never reopened their doors. As a result, there are fewer manufacturers today delivering materials at a time when the construction industry is experiencing high demand. Another consideration for existing materials providers is that, at this point of the cycle, some are concerned about expanding operations given that the pipeline of new projects has decreased from the peak of the development boom, particularly on the residential side, as some projects have been delivered and others are expected to reach completion soon."

“I predict that the residential real estate market in South Florida will be strong due to sustained economic growth in the U.S., as well as further regional gains in population, due to the relative competitiveness of Florida in the wake of federal tax reform and the increasing attractiveness of Miami as a world-class city.” 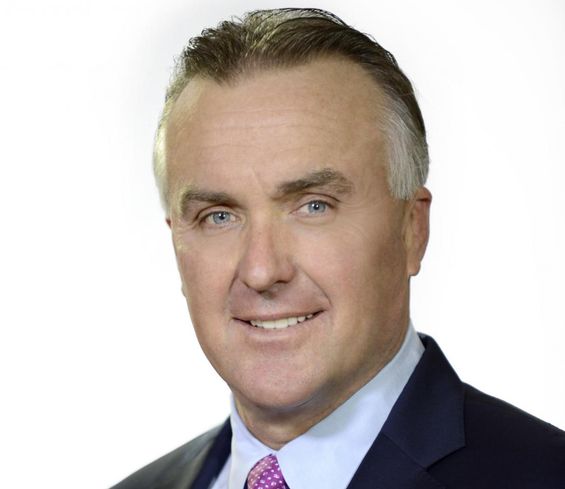 “The developer inventory from this cycle, which began in 2012, is now over 85% sold. Unsold developer inventory is growing short, which leads me to believe that most developer unsold inventory will be sold this time next year. The ISG Miami Report studies condos East of I-95, from Coconut Grove through and including Fort Lauderdale.

Here’s a snapshot of what I mean:

"We are approaching 2018 with a very clear signal from most developers (with unsold inventory): a willingness to offer substantial buyer incentives/discounts now to accelerate sales. Some of these buyer incentives being offered supersede whatever hesitation might exist with international buyers over the high value of the dollar. Moreover, we see these incentives working. We are seeing selling prices by developers that are highly competitive to any pricing found in MLS (resales).

So, the RelatedISG prediction is that most of the remaining developer condo inventory east of I-95 will sell next year due to the buyer incentives/discounts being offered by developers, as well as declining new developer condo supply. This should bring about the return of pre-construction condo sales in 2019.”

“We see the office market getting stronger in 2018, especially in key submarkets such as Aventura, Coral Gables and Miami Beach. These markets are already strong, but the high barriers of entry and limited new supply will continue to drive demand. In Aventura and North Miami Beach, we’re seeing a marked trend towards smaller offices with access to highly amenitized shared spaces. Now more than ever, people are looking for the maximum value and utility out of every square foot they buy or lease, and we expect amenity offerings will play a larger and larger role in the coming years.

"Even more important is the seamless integration of tech and ease of access, whether it's via personal automobile, rideshare service or even public transit. We saw this trend a few years ago and focused on integrating this kind of development into our portfolio. Our strong sales prove transit-oriented office projects carry a premium, and we expect demand for this kind of project will continue to grow in 2018 and beyond. Lastly, we expect a rise in demand for features which lead to improved productivity, such as high ceilings and premium finishes. There is an ever-increasing emphasis on efficiency and employee happiness, and so we expect this trend will play a major role in office developments.”

“Expect to see more non-bank lenders taking the place of local Florida lenders, many of whom are in retreat, where [non-bank lenders] aim to provide leverage and flexibility in exchange for price.” 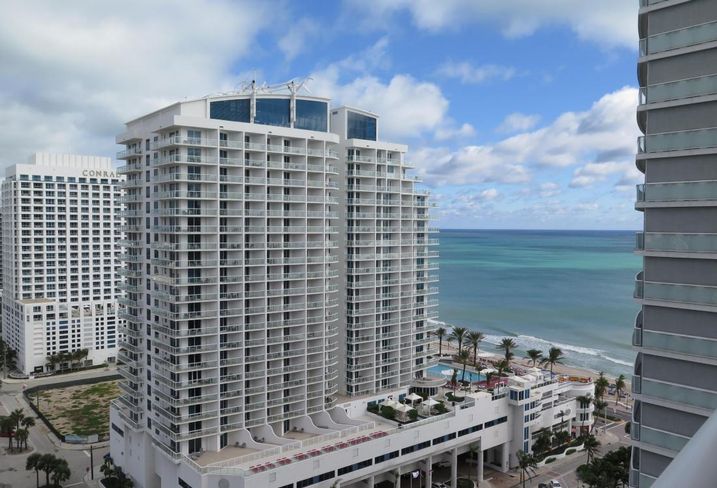 Deirdra Funcheon
Luxury projects on Fort Lauderdale Beach: Looking northward from the balcony of the recently renovated W, one can see the Hilton, a lot where a Four Seasons is planned and the Conrad Hotel and Residences.

“I think we’ll see more and more investment in Fort Lauderdale in 2018, driven by a growing recognition of the unique lifestyle that’s available here. For the first time in a long time, Fort Lauderdale is being talked about in the same sentence as cities like Austin and Seattle, not only in terms of attracting developers, but millennials and the creative class as well.

"Today, the city truly offers something for everybody, whether you’re an empty-nester moving into a luxury rental or a young professional helping to pioneer the growth of neighborhoods like Wilton Manors and Flagler Village. The heart and soul of Fort Lauderdale remains Las Olas Boulevard, which is poised for a flurry of activity in the New Year, from new stores and restaurant openings, to public works projects aimed at enhancing the thoroughfare’s walkability and appearance. The street saw a significant uptick in leasing activity over the past year, and we expect this to amplify in the year ahead. With new life, brands and audiences helping to move Fort Lauderdale forward, the future is bright.”

“I expect we’ll continue to see traditional retail grow more efficient in 2018 via the seamless integration between brick-and-mortar and e-commerce. The movement toward neighborhood-specific merchandizing will continue to evolve, as the consumer is looking for areas to fulfill the live-work-play lifestyle. Consumers’ growing unwillingness to drive will lead to self-contained micro-communities with rich office, residential and retail offerings all available within walking distance.

We’re also seeing a significant increase of retail, restaurant and entertainment venues in areas such as Aventura, North Miami Beach and on Las Olas Boulevard, as these areas have seen huge residential and commercial growth but have been underserved when it comes to retail, restaurant and lifestyle offerings. Las Olas Boulevard, in downtown Fort Laurderdale, is a particularly strong example of this. The area’s residential and commercial offerings outpaced retail options, but now we’re seeing the pendulum starting [to] swing back. Industry experts are seeing this positive trend and are even starting to make comparisons to world-renowned destinations like Miami’s Lincoln Road and Palm Beach’s Worth Avenue.”