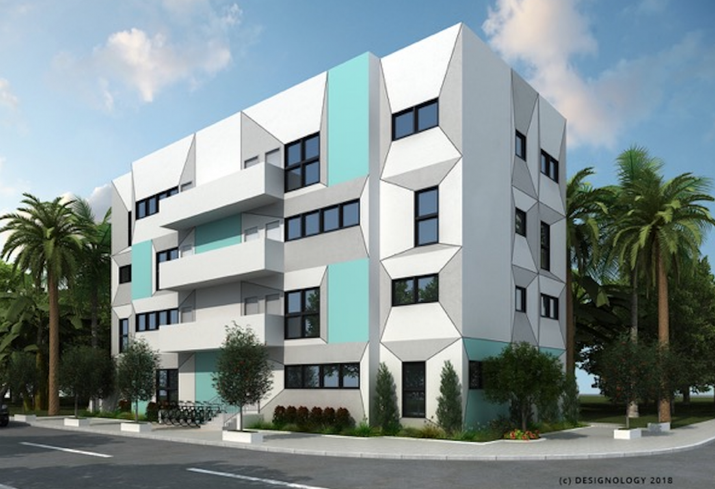 Designology
Common is building a co-living concept in Little Havana.

In this emerging format of multifamily development, residents have their own private rooms but share kitchens and other areas; it is related to a dorm or hostel, but with stylish furniture, group yoga classes and rents commensurate with an upscale experience. Common, a New York-based company that operates 20 co-living sites in major cities, is expanding into Miami with two brand-new developments in Little Havana that will open in 2020.

Expanding into South Florida — and Miami in particular — has been on our minds at Common since we started in 2015 because of the thriving economy, budding tech sector and contagious local culture," Common CEO Brad Hargreaves told Bisnow. "It's clear to me, however, that like most cities in the U.S., it's becoming harder for professionals to afford apartments there. That's where we come in."

A spokesperson for Common told Bisnow that rent rates and minimum stays have not yet been determined for the Miami properties, but that across Common's portfolio, rents start at $975. At one of its new construction properties in Brooklyn, rents can reach a reported $2,700 a month. Some of Common's homes require a one-year minimum, some six months.

Proponents of the co-living format say it provides a solution to supply-and-demand issues in popular locations, and that it offers a sense of community missing in much of modern life. It removes some of the risk of finding roommates on Craigslist, and frequently incorporates trendy design and amenities like game rooms. At Common properties, a community manager fosters friendships among residents by organizing movie nights and group dinners.

In Common's model, the company partners with landlords and essentially serves as a property manager, leasing and overseeing units. Potential residents apply online, and are screened and interviewed before getting placed in a home. They can transfer to Common properties throughout the US. (Though in at least one case, that process did not happen seamlessly.) 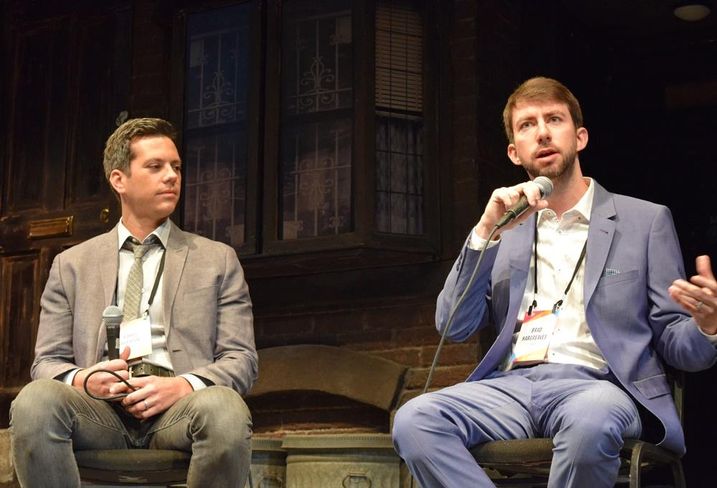 Hargreaves said that he doesn't anticipate any of the regulatory problems faced by Airbnb.

"Common homes are not short-term rentals. They are permanent, long-term housing options meeting the needs of modern, city-dwelling adults," he said. "Our members aren't in and out throughout the year. In fact, more than 70% of them nationwide are on yearlong leases. Plus, Common homes are operated just like any other apartment building in the area, but this time with the goal of addressing fundamental supply-and-demand issues seen in housing today."

So far, Common, which launched in 2015, operates in New York, the Bay Area, Chicago, Seattle and Washington, D.C., and it will soon expand to New Orleans and Los Angeles. Utilities and WiFi are included in the rent, while the units come furnished and weekly housekeeping is provided. The company claims to receive more than 1,000 applications per week for membership and says the overall cost for residents is typically cheaper than a studio apartment.

In Miami, Common is partnering with Carlos Fausto Miranda of Fausto Commercial. Their two developments will be designed by architect and co-developer Ezgi Fitos of Designology. The two homes will be called Common Marti and Common Mariana. Together, they will have 65 units and open in 2020.

"Some of my favorite things about these homes are the architectural elements behind them," Hargreaves said. "Ezgi Fitos has designed both to truly reflect the dynamic style of Little Havana, a cultural melting pot, and I could not be more excited to be working with her.

"She’s treating Common Mariana like a geometric architectural mural with irregularly shaped windows and lines over a clean-cut rectangular shape. This will create a 3D illusion for anyone looking at the facade, adding to an already vibrant Little Havana streetscape. Plus, the layouts will promote spontaneous encounters and social gatherings while maintaining warm and inviting private spaces — that perfect balance Common strives to create."

Asked why the company chose Little Havana over, say, Miami Beach, Hargreaves said the neighborhood is centrally located, close to offices, has walkable, local retail and and is close to the new Brightline train.

"These homes will be custom designed for co-living and align with the community-driven values Common represents," he said. "Both partners have deep roots in the neighborhood, making the choice of Miami proper even more of a no-brainer. That’s not to say Miami Beach is out of the question entirely."

Around the country, other companies are experimenting with co-living. Coworking giant WeWork has launched its WeLive in New York and near D.C., and is building an enormous WeLive in Seattle while eyeing London. The Guild has two properties in Atlanta. Outsite has luxury homes in 15 trendy spots like Hawaii, Santa Cruz and Costa Rica. Roam has transformed small hotels to co-living hybrid concepts in five locations: Bali, London, San Francisco, Tokyo and Miami.

Roam's Miami site is in Little Havana near the Miami River. According to its website, a one-month stay there costs $1,800. There is a minimum one-week stay.

CORRECTION, JULY 16, 7:50 P.M. ET: A previous version of this story did not have the correct name for Common's Miami partner, Fausto Commercial. The story has been updated.