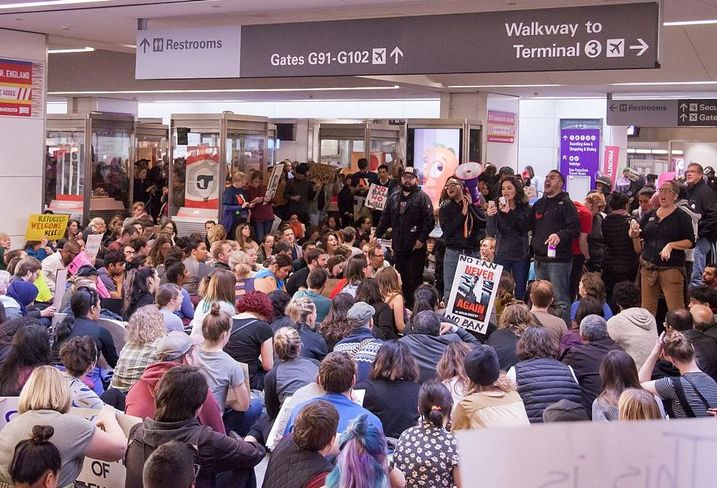 Bay Area tech companies have rallied together against President Donald Trump’s recent executive order on immigration. Last night, 97 companies, including Apple, Facebook, Google, Microsoft, Netflix, Salesforce and Twitter, filed a brief with the 9th Circuit Court of Appeals against the Trump administration’s temporary travel ban on immigrants from seven countries with a majority Muslim population and the suspension of the U.S. refugee program, reports the San Francisco Chronicle.

About 37% of Silicon Valley’s workforce is foreign-born, according to Joint Venture. Comparatively, California’s foreign-born population is 27.1%, while 13.3% of U.S. residents were born in other countries.

The 9th Circuit Court of Appeals is expected to rule on an appeal from the administration over the next few days regarding a temporary restraining order that put the travel ban on hold.

The brief argued the administration's policies violate immigration laws and the Constitution and may inflict significant harm on business. The filing argued immigration and economic growth are tied together and the order would damage the nation’s ability to compete for the world’s top talent, increase costs, and give global enterprises incentive to build operations and hire employees outside of the U.S.