Tech's Impact Is Hitting Every Office Sector In Silicon Valley

Silicon Valley’s tech boom is pushing office to a whole new level. Quality space is in high demand and many tech companies are willing to spend big bucks to keep their employees happy. Tech companies are leasing more space than in the past, taking whole buildings and large floor plates. 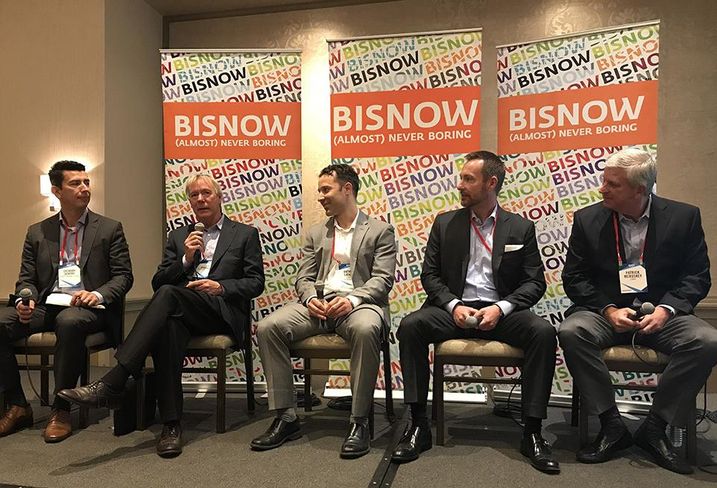 “I’ve never seen a time like this,” Sares Regis Group of Northern California President Jeff Birdwell said during the recent Bisnow Silicon Valley State of Office event. “The dot-com boom was something … It came and a few people did well, and there was a big crash afterward. This feels more sustainable.”

He said one of the biggest trends in the last three to four years is a movement toward quality offices. There has been a wide range of tech companies investing more heavily on high-quality real estate and focusing on user experiences and creating spectacular places for people to be, Birdwell said. With hard and soft costs, building costs now range from $600/SF to $3K/SF, and enterprise tech companies are willing to spend the money.

Much of that cost is being used to create not only quality indoor space, but also high-quality outdoor space. Birdwell said 10 years ago, there were discussions about creating outdoor spaces where people could work in outdoor rooms. Then the lines began to blur between inside and outside and now the balance has swayed more toward outdoor space, he said.

“Tech CEOs say they want someone to come to work and never go inside the building except to use various facilities,” Birdwell said. 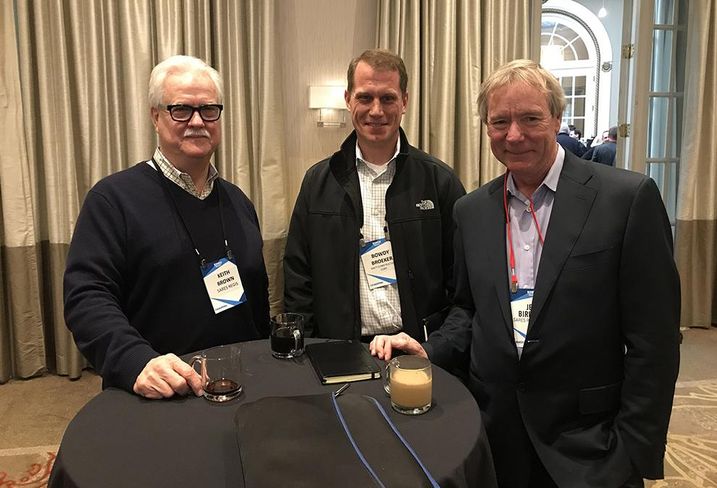 Lowney Architecture Chief Operations Officer Anthony Cataldo said designing both new and existing office spaces for Bay Area companies is about bringing their culture into the space. Lobbies are moving toward a more hospitality feel while providing a public face for the company.

There is less open office than there used to be, Cataldo said. Instead of large open floor plates, offices are being designed in "neighborhoods" with different opportunities for interaction, he said. There are private spaces and more breakout space. Kitchens have become important gathering places, and they have been moved from the interior of the building toward the perimeters and have the ability to open up to the outside.

He said some of these amenities are being carried onto the roof and many renovations of value-add buildings include considering how to add a rooftop deck or other rooftop feature.

The Next Phase Of The Office Building Boom 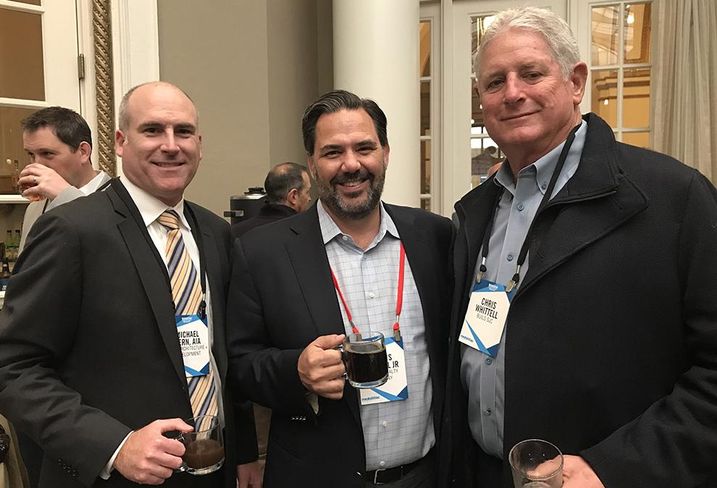 Because much of the Peninsula and Silicon Valley are being built out with expansive high-quality space, developers and tenants are running out of spaces to grow. Much of the attention of tech firms and developers is turning toward a once-neglected city.

“The rest of Silicon Valley is full, finally, and people are being forced to look at San Jose,” Insight Realty Managing Partner Dennis Randall Jr. said.

During the dot-com era, before the 87 freeway, there were over a dozen stoplights separating San Jose from the rest of Silicon Valley, which did not make San Jose a viable place for many companies, Randall said.

“San Jose is sitting here. It’s been the answer all along,” Randall said. “Silicon Valley’s best alternative is oddly enough its last alternative. This is where Silicon Valley is really going to take root and really transform the urban environment.”

Insight Realty is working on several San Jose projects, including the large 21-story, mixed-use Museum Place project, which will have office, residential, retail, hotel and parking. Randall's company also is working on a 10-acre, 250K SF Class-A office project at Railroad Place and expects to break ground as soon as San Jose approves its downtown-specific plan, of which this project is a part.

Within the last 12 months, Adobe doubled down on its commitment in San Jose, revealing plans for a fourth tower at its downtown headquarters. Hewlett Packard Enterprise said it would move its headquarters to North San Jose, and Google has big plans for a campus of up to 8M SF near Diridon Station.

Briggs Development President Jeff Rogers said multifamily in downtown has been a game-changer for San Jose. With thousands of people living in downtown, there is more evening activity, which curbs crime and helps the local restaurants, he said. 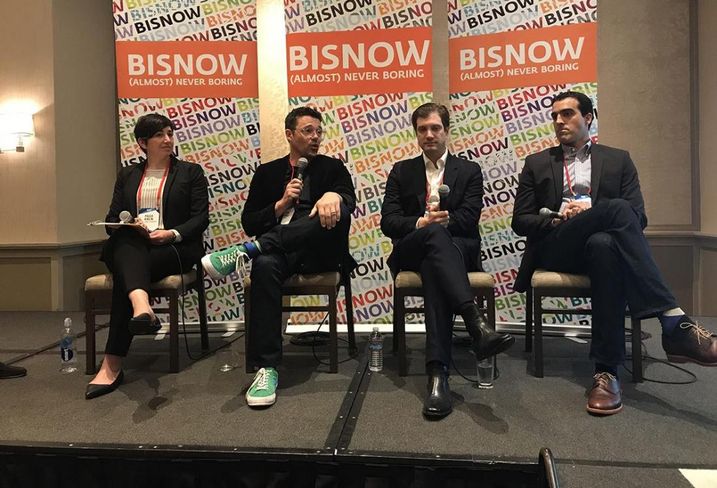 Developers are turning to existing building stock and repositioning buildings that have good bones.

Brick founder and CEO Rob Zirkle said his practice is seeing more repositioning work in downtown locations compared to five to six years ago. With the cost of new land and construction high, repositioning existing assets is becoming more desirable and cost-effective, he said.

Insight Realty’s Randall said he expects a complete recycling of Silicon Valley real estate in the coming years. He said in 30 years buildings will be reimagined and re-formed for how business is done today.

Lowney Architecture’s Cataldo said periphery markets, such as Milpitas and Fremont, have a lot of value-add opportunities and many building owners are expanding current floor plates or reworking the core or making the exterior look nicer to better compete with new products.

Hudson Pacific Properties recently renovated Campus Center in Milpitas. The developer completed the redevelopment at Building 1, which included a renovation of the entrance and lobby at Building 1 and inclusion of 100K SF of market-ready office.

The developer also created a master-planned outdoor environment with cricket field and basketball court and open-air collaboration areas, dining terraces and recreation areas. The campus, which was designed to appeal to tech companies, includes 475K SF of existing office space with the possibility of 950K SF of additional R&D, office or industrial space.

Silicon Valley's Next Iteration Of Office? 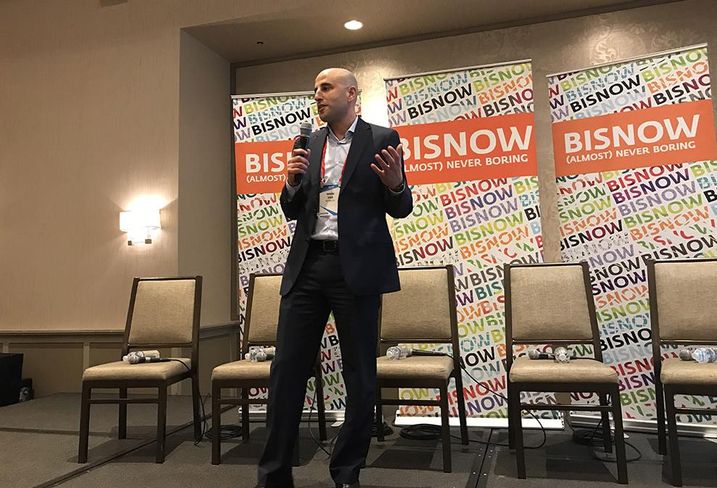 The next phase of office could be multiple uses in one location, especially as the jobs/housing imbalance worsens. Zirkle said he expects to see a future of mixed-use vertically integrated buildings in core locations centered around transit. He said he expects more density around Caltrain where people can live and work.

“It’s really expensive to live here and takes forever to get to work,” Zirkle said.

The Minkoff Group owner Daniel Minkoff said his last two projects were mixed-use with meaningful housing and office. He is working on a project in Menlo Park with half housing and half office as well as another project in Mountain View with a similar mix. He said these types of projects can help the political discussion since they help the job/housing imbalance instead of making it worse.

“What I’m worried about is housing affordability,” Minkoff said.

The Minkoff Group typically builds projects within a block or two of Caltrain and provides space for small to midsize tenants.

A new iteration of office design could also be around the corner once Generation Z comes of age. Newmark Cornish & Carey Executive Managing Director Michael Saign said this generation does not remember slow internet and will have higher expectations for offices.

While this is the most social generation, they lack interpersonal skills, which could result in a shifting need toward more individual, quiet space, he said.

“Cubicles could be back,” Saign said.