Is Seattle Office Market Overbuilt? It Depends On Who You Ask

The Seattle and Puget Sound office market is still evolving, but its future is murky. Tech job market growth continues to fuel demand for office space, particularly large, high-end blocks. But pressures like traffic gridlock, lack of affordable housing and the slow process from start to delivery weigh heavy on its long-term viability. 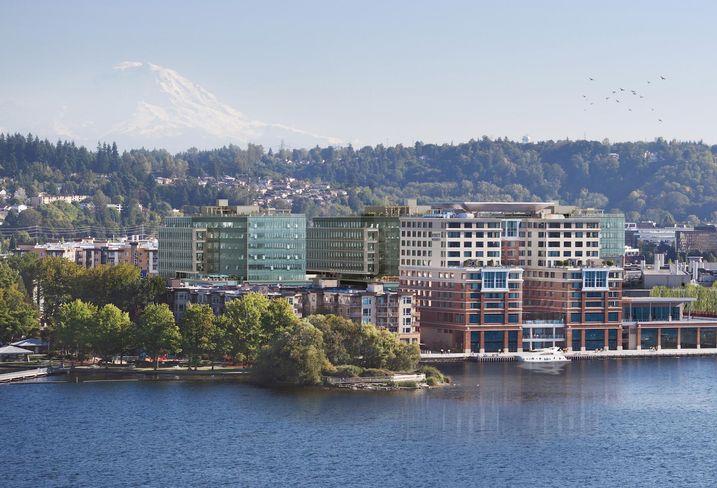 Courtesy of Seco Development
The Southport Office Campus in Renton is a 5.2-acre complex that will include more than 1.4M SF of office space in three nine-story buildings.

Seco Development CEO Michael Christ is still bullish on the strength of the region’s office market. Christ will be one of the panelists at Bisnow’s Seattle Office Summit June 13.

For now, office developments still pencil out because demand is greater than supply, Christ said.

“However, keep in mind it takes roughly five years from start to completion,” he said.

That means two years of planning, design and permitting and another three years of construction.

Seattle is currently ranked the fifth-strongest market for office development, according to a report from CommercialCafé. Last year, Seattle’s office inventory expanded by six projects that total 1.7M SF. In 2019, another 26 projects will be delivered, adding another 6.4M SF. The 1.1M SF Rufus 2.0 — Block 20, owned by Amazon, is set to come online in June and will be the seventh-largest office project delivered in 2019 in the United States.

The Seattle office market has some dark clouds on the horizon, however.

According to a report by Savills, total first-quarter leasing was nearly 1.7M SF, which was down 27.3% from a year ago and 5.9% from two years ago.

Demand continues to be driven by technology, but coworking providers, including WeWork, are starting to make a dent in the market.

Bellevue, which is enjoying new notoriety after Amazon announced it would move its world headquarters there by 2023, is seeing strong demand for office space. Facebook leased 337,996 SF at 1227 124th Ave. NE in the Block 16 building that is underway in the Spring District project in Bellevue, while T-Mobile leased 97,167 SF at 160th Ave. SE.

The lack of affordable housing and worsening traffic, which Bellevue also suffers from, will end up being detrimental, Christ said. He predicts the next big large tech boom will take place in Renton.

Renton is zoned appropriately, is in a central location to transportation corridors and has good proximity to airports, he said. The city also has a suitable power grid, affordable housing and is close to Seattle, Bellevue and Sea-Tac.

Seco Development is in the process of developing the Southport Office Campus in Renton. The 5.2-acre complex sits on the shore of Lake Washington and will have 1.4M SF of office space across three nine-story buildings.