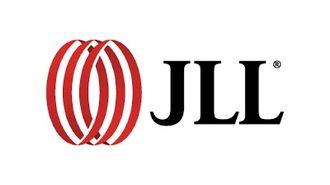 After keeping cities across the U.S. in suspense for the past year, Amazon announced in November it would split its HQ2 between two East Coast locations: Queens, New York, and Arlington, Virginia.

While the announcement has initiated a number of conversations among investors and developers about the East Coast’s role as a hub for tech and e-commerce, the Pacific Northwest continues to attract tech companies.

The Puget Sound region, which includes Seattle, Tacoma, Bellevue, Olympia and several emerging markets, is one of the nation’s premier growth economies. The region continues to create more jobs, with employment growth continually outpacing projections, JLL Seattle reports. Since 2010, employment in the Puget Sound has increased 28.1%.

Tech companies are driving the majority of economic growth throughout the region, and industry giants like Amazon, Microsoft, Google and Facebook/Oculus continue to lead the market in leasing activity. Microsoft currently employs 46,000 employees across the Redmond-Bellevue-Seattle metropolitan area, while Amazon’s Seattle campus increased from 5,000 employees in 2010 to 40,000 in 2017.

While growth in Seattle has been a strong driver for the region, the Eastside has also seen significant activity.

As tech companies continue to look to plant a flag in the Puget Sound, the Seattle Central business district has limited availability. As a result, many technology firms are looking to submarkets like Bellevue, Kirkland and Redmond. With the Eastside increasing in popularity, asking rents in these historically untapped areas are now at an all-time high.

With more professionals moving to the area for work, Eastside’s multifamily leasing landscape has also seen increased activity. Over the last 12 months, five of the top seven submarkets by rent growth were on the east side of Lake Washington. Kirkland, Bellevue CBD, Bothell and Redmond have all experienced region-leading rent growth year over year.

Most of the Eastside’s suburban submarkets offer multifamily product at a lower rate than its Seattle counterparts, an attractive element for young professionals in search of cheap living options.

The increased demand across the Puget Sound and on the Eastside has driven increased interest among investors.

“The terms we are now able to offer to investors in suburban Eastside submarkets such as Redmond, Kirkland and Bothell have improved significantly this year across all asset classes,” JLL Managing Director of Debt/Equity Ray Allen said.

Institutional investors looking for debt and equity see the Eastside submarket as ripe for development.

This feature was produced in collaboration between Bisnow Branded Content and JLL Seattle. Bisnow news staff was not involved in the production of this content.

JLL Seattle
JLL (NYSE: JLL) is a leading professional services firm that specializes in real estate and investment management. Our vision is to reimagine the world of real estate, creating rewarding opportunities and amazing spaces where people can achieve their ambitions. In doing so, we will build a better tomorrow for our clients, our people and our communities. JLL is a Fortune 500 company with nearly 300 corporate offices, operations in over 80 countries and a global workforce of 86,000 as of June 30, 2018. JLL is the brand name, and a registered trademark, of Jones Lang LaSalle Incorporated. For further information, visit jll.com.
Confirmed! You are subscribed to the Bisnow Seattle E-Newsletter.
Most Read Stories
More Top Stories
Bisnow Seattle Newsletter
Bisnow Seattle Newsletter