The back-to-back deadly crashes involving Boeing’s 737 MAX terrified airline passengers, jarred airlines and enraged victims’ families. Accusations flew back and forth about who knew what and when.

But in Boeing’s Renton facility, the silence was deafening.

Though Boeing employees are forbidden from talking to the press, the thoughts of 70,000-plus workers are hard to hide. Everyone knows someone who works for, with or because of Boeing. It was no secret that the fatal crashes of the MAXes, which are built in Renton, weighed heavy on the minds of the workers. The Seattle Times quoted anonymous employees who said the workplace atmosphere was grim. 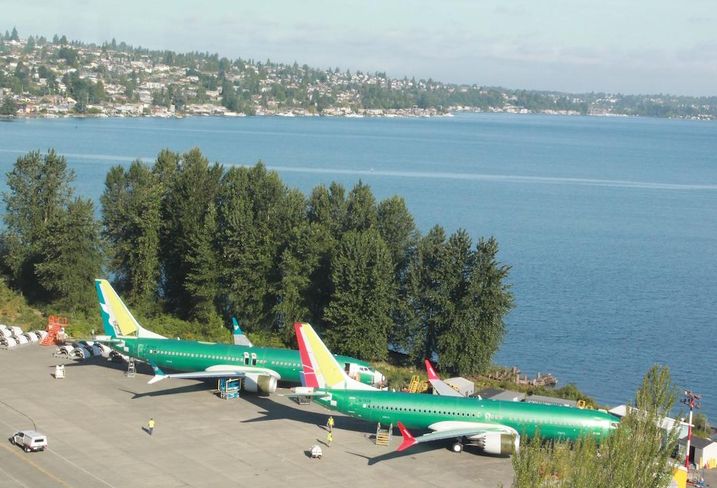 Bisnow/Shawna De La Rosa
Boeing 737 MAX airplanes are being stored at Boeing's Renton plant on the shores of Lake Washington.

It has been a tough summer at Boeing. Forbes recently reported that the groundings will have a $4.1B impact on the company, and new delays could stretch the groundings out through the holiday season.

Production of the 737 MAX never completely stopped, but it did slow. Those who work at the plant still expect layoffs to happen. It’s just a matter of time.

While Boeing doesn’t directly have much impact on commercial real estate in the Puget Sound, its presence is felt. Decades ago, it was Boeing that first started moving its manufacturing south toward the Kent Valley. Now, the region is full of advanced manufacturing firms and their employees.

The Kent Valley has become one of the strongest industrial markets in the region. Two industrial parks in Kent Valley recently changed hands for a combined $22M. Multifamily developments and commercial retail spaces sprung up around Boeing’s Renton facility. Brand-new office buildings are rising right next door.

Boeing and the aerospace industry also have an impact on industrial development north of Seattle in Everett. For example, Vector Development recently broke ground on a 274K SF business park. The firm touted its proximity to Boeing and its related aerospace businesses as being a top draw.

The question for the rest of Seattle is this: How will Boeing’s woes affect Puget Sound’s economy? In the early 1970s, the answer to that question was unthinkable. Back then, Seattle was a Boeing company town known as Jet City. The “Boeing Bust” was the last time more people moved out of Seattle than in. During that time, unemployment in the city grew to a whopping 17%, The Seattle Times reported.

Luckily for the greater Puget Sound region, times have changed and the economy has diversified.

“Do we live and die with Boeing anymore?” Windermere Real Estate Chief Economist Matthew Gardner asked. “I would argue that no, we do not. But Boeing is still remarkably important.”

Gardner ticks off the new industries and companies that have embedded into Seattle’s economy: tech, biotech, Amazon, Costco.

“We should never underestimate the importance that Boeing has on Everett, Kent and Renton,” he said. “But they are not as important as they used to be.” 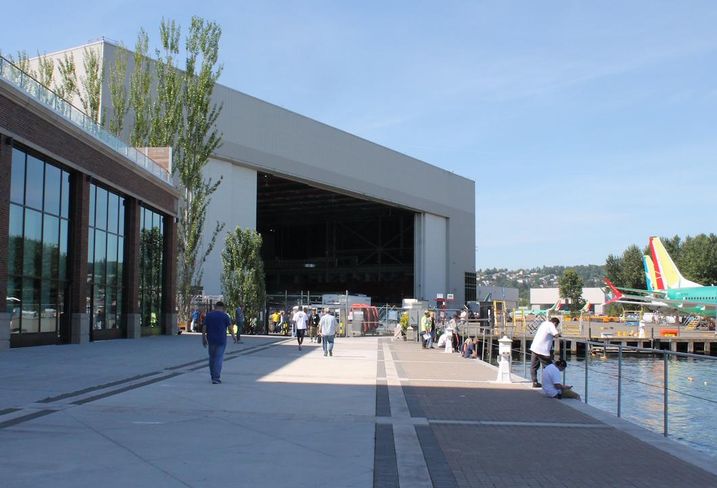 Bisnow/Shawna De La Rosa
Boeing employees mill around the gate at Boeing's Renton plant where the 737 MAX planes are produced.

“We are more diversified than in the past, which makes us less susceptible to swings in aerospace employment,” he said.

Bertolin said the software and online shopping industries both pay more in wages than the aerospace industry, but aerospace leads as far as employment numbers.

City of Kent Chief Economic Development Officer William Ellis said that the city owes a debt to Boeing and the Boeing Kent Space Center, but isn't completely wedded to it.

“We have a very robust economy,” Ellis said. “Even if layoffs do occur, I expect Boeing to still be here for generations to come.”

Boeing’s presence in Kent spurred an aerospace and outer space critical mass industry around which companies like Space X and Blue Origin have gravitated. Lunar Rovers for the Apollo missions were developed by Boeing in Kent.

“Kent has always been on the bleeding edge of manufacturing,” he said. “All of the companies here are like diamonds. They’ve been tested. They’ve been hardened.”

Many jobs requires bachelor’s degrees and a high level of skill. Unemployment in Kent is below 4%, Ellis said.

“I don’t want to sound complacent about Boeing,” he said. “But we have made a lot of progress in diversification. The new commercial outer space industry is thriving and that’s a growth industry for Kent and Washington state. It’s not just about commercial airplanes anymore.”

In fact, Washington state is considered one the richest regions for aerospace expertise, innovation and development in the world, according to an Aviation Benefits Beyond Borders report. As of 2018, 224,000 jobs in Washington state were supported by the aerospace industry, with a total of $94.4B in business revenue generated, the Aerospace Works for Washington coalition reported.

Gardner says he expects Boeing to face some strong headwinds in the near future. For example, its current troubles may give Airbus the opportunity to become more competitive. Additionally, while Boeing’s troubles may not be the torpedo that sinks Seattle’s economic ship, the city is not out of the woods. The U.S.-China tariff trade battle could very well wreak havoc on Seattle  — which is in the direct line of fire.

The impact of tariffs on Seattle remains to be seen, he said. Though Seattle’s economy diversified enough to no longer depend on one company, the region’s economic reliance on imports and exports is still huge.