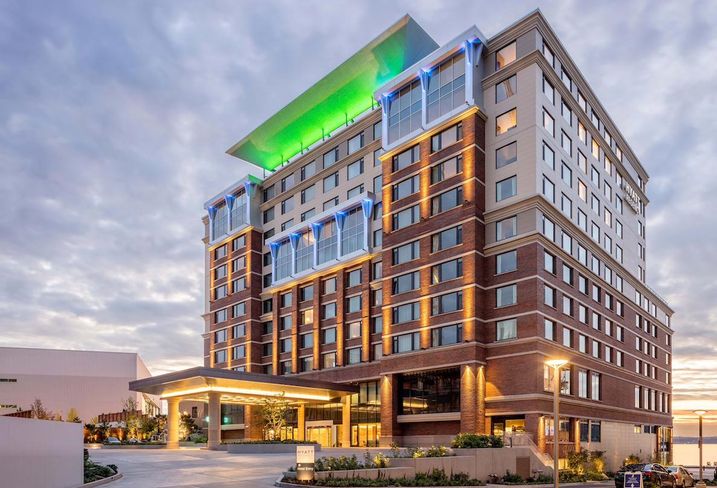 The new 347-key hotel is located at 1053 Lake Washington Blvd. N. on the shores of Lake Washington. It is part of SECO’s 17-acre mixed-use Southport development.

The hotel includes 65K SF of indoor and outdoor space, meeting and conference facilities, a ballroom, a pool, and a spa and fitness center, as well as multiple dining options. It is the only hotel with convention and meeting space on the shores of Lake Washington.

The Hyatt is adjacent to SECO Development’s Southport Office Campus, which is under construction. The campus will include 1.4M SF of office space across nine buildings.

SECO Development CEO Michael Christ recently told an audience at a Bisnow event that was held in the Southport Office Campus that he expects Renton to be the next site of major commercial development in Puget Sound. The city has 800 acres of former industrial land that is ripe for development. Renton’s growth piggybacks on the good fortune the rest of the region is experiencing.

“Seattle is a shining star compared to other markets around the country,” he said at the event. “There are good things happening locally. The Bay Area will always be No. 1 for tech tenants because of Stanford University. But Seattle is very much a close second.”

SECO’s mixed-use development portfolio includes 17.5 acres in downtown Bellevue, 12.95 acres in Kirkland and 3.85 acres on Mercer Island, as well as 33.2 acres in Renton.