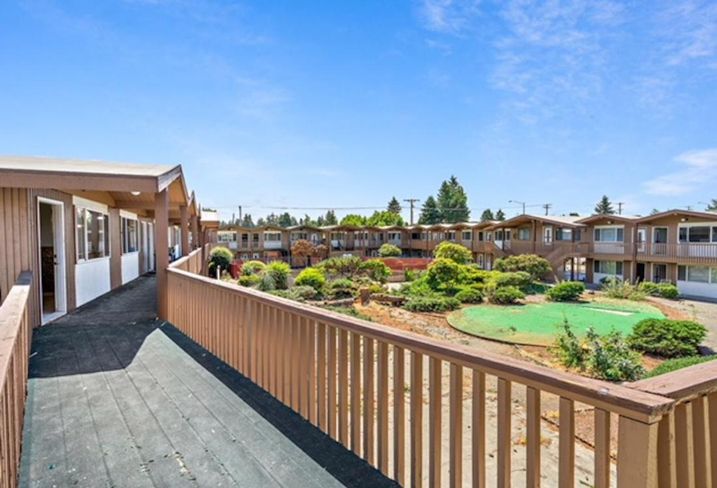 Courtesy of CWD Investments
These Tacoma apartments will be transformed into homeless student housing.

The Tacoma apartment building, formerly known as Tiki Apartments, is within walking distance of TCC and is on a major bus line. Vacancies not taken by TCC students will be reserved for those with incomes under 30% of the area median income.

The Tacoma Housing Authority will provide an annual subsidy of $560K to make the apartments affordable to these households.

The use is part of an agreement between the Tacoma Housing Authority and TCC’s partnership to house homeless or nearly homeless students. The partnership is called the College Housing Assistance Program. It was started in 2014 as a pilot program and expanded in 2018. Harvard’s Kennedy School recently named CHAP among the nation’s 25 most innovative government initiatives for 2018.

The cost of housing for college students is a growing concern as more students are housing insecure or homeless, driving demand for affordable housing solutions. Meanwhile, growing student enrollment is pushing up demand for housing around colleges and universities.

CWD Investments recently purchased the property and plans to renovate the apartments.

“When the idea surfaced with THA and TCC to use this property as a means to house low-income TCC students, we knew it was a solution we wanted to be part of,” CWD Investments owner Chad Duncan said in a statement. “We’ve done a lot of listening in the past several months and this partnership is a way we can help.”