Not Just Books And Tuition: For College Students, Lack Of Affordable Housing Is A Big Issue

Ten years ago, Temple University Professor of Higher Education Policy and Sociology Sara Goldrick-Rab was conducting a series of interviews asking students about some of the pressing issues they were facing on college campuses.

She and her team thought it was just going to be a survey on the need for more financial aid and gripes about the cost of books and high tuition, but they uncovered something much more concerning. During the interviews, Goldrick-Rab found that several university and community college students were facing severe housing insecurity and homelessness. 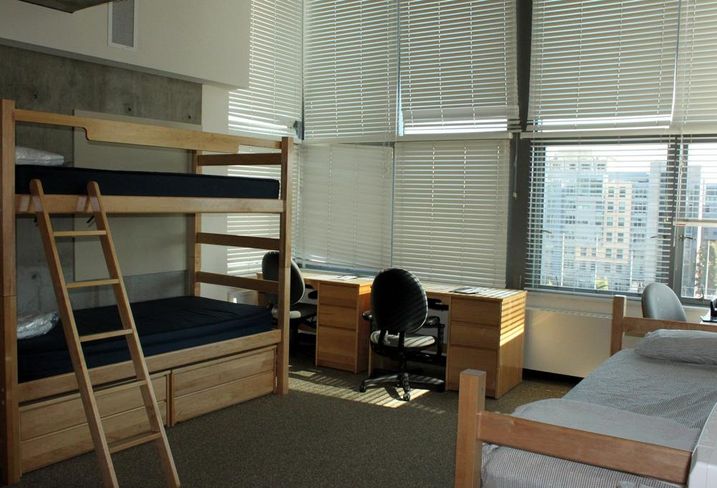 “The trouble they were having was not tuition and books, it was they didn’t have enough to eat and they didn’t have a safe place to live,” Goldrick-Rab said. “This was just in Wisconsin and later we started going out surveying kids nationally.”

The latest national survey, released in April, found 36% of students surveyed were housing insecure, meaning they lived in overcrowded homes, could not pay rent, struggled to pay utilities or they lived in shelters. Nine percent of students reported being homeless.

The survey, conducted by the nonprofit The Hope Center for College, Community, and Justice, which Goldrick-Rab founded, surveyed 43,000 students in 20 states.

The Hope Center's survey underscores the importance of developing and providing affordable housing for students, especially in an era where the price of college continues to increase and the cost of living has jumped considerably.

Since the two biggest expenditures for college students are tuition and housing, Goldrick-Rab is pressing developers and colleges to provide more affordable housing solutions for students to foster academic success. 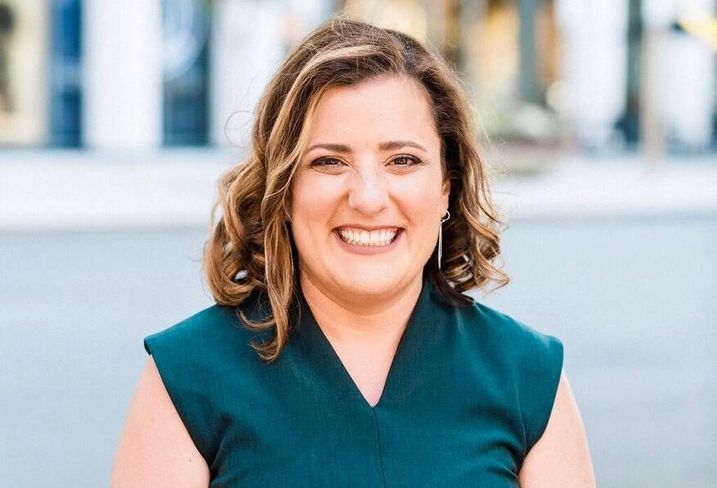 Student housing development is unique. There are not as many national and local government tax-credit programs to offset the cost of the projects and they face many of the same challenges as multifamily developers, Frisco, Texas-based Texla Housing Partners CEO Roger Phillips said.

The price of ground-up development and value-add renovation of an existing property is at an all-time high, Phillips said.

"Also student housing-oriented lenders want developers to be within certain distances from campus or the project won't get funded.”

Goldrick-Rab said a solution has to be found.

“We’re at this moment where if push comes to shove if college cost is too high, students are going to have real difficulty continuing to pay the rent,” she said. “There is a broader consequence. The business model is going to break. There is not a limitless supply of wealthy college students in this country.”

Goldrick-Rab asks what will happen to the middle, working-class and low-income students. 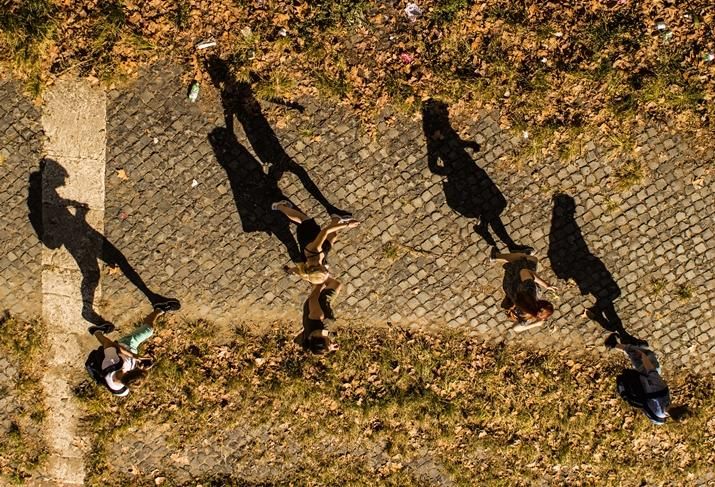 Once a niche segment of commercial real estate, the student housing industry has seen tremendous investment growth over the years due to the rise of domestic and foreign student enrollment.

An extension of the multifamily industry, student housing is different in that it charges by bed or room count rather than a single unit.

ARA Newmark’s annual student housing market study found that in 2016, $10B worth of capital flowed into student housing nationwide. Foreign investors made up $2B of those transactions.

"There is no question that student housing has arrived as an institutional asset class," Pierce Education Properties CEO Fred Pierce said during a panel at the National Multifamily Housing Council's Student Housing Conference last week in Huntington Beach. "There is more capital flowing in our sector than there ever has in its history."

The influx of capital and more developers in the market has increased the level of competition and led to a rush to build Class-A developments.

“Student housing used to be just a bed and a room. The dorms that your parents used to stay in are far different from the ones that are being offered today,” NMHC Vice President of Capital Markets Dave Borsos told Bisnow. “Many of these new student housing developments feature all kinds of amenities — swimming pools, lap pools and all kinds of different things. There has been a shift in the last year or two where people realized they are students and they are there to study.”

"It was amenities on steroids," Pierce said. 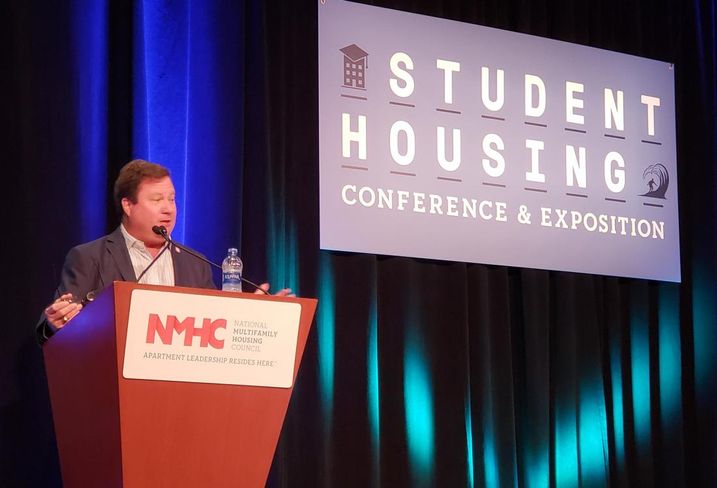 Last year, there were 107 student housing developments with more than 50,000 beds delivered, according to StudentHousingBusiness.com, an industry news publication.

This year, 95 projects with about 45,000 beds are expected to be delivered. The average property size was 153 units with 450 beds, the news publication reported.

An NMHC report examining student housing at 22 universities nationwide found that the average cost for a student staying on-campus in one bed was about $7,700 for two semesters, not including a meal plan. The yearly rent cost for students staying off-campus ranged from $10,965 to $13K.

NMHC Assistant Director of Research Chris Bruen said the new data released Oct. 5 does not paint the whole picture of how much rent costs at student housing developments nationwide.

Borsos said student housing cost varies by market, building type, colleges, state and if the college is in a rural, urban or very urban setting.

"There are way too many factors that go into that," Borsos said.

Borsos said there are several reasons why student housing costs are rising. Costs are up in every category of development, he said. Land acquisition, construction materials, labor, local entitlements, and federal and state regulation are priced at all-time highs.

Local, state and federal regulations alone make up 32% of the cost of the development, he said.

"There are similar analogies for student housing developers as there are for multifamily developers," Borsos said. "When costs goes up for conventional renters, they go up for students."

There is really no value in value-add investments in older properties, Borsos said. Those student housing buildings are also commanding a premium price because there is a high demand for these types of investments.

Texla's Phillips said it doesn't help that there are few affordable housing programs and tax credits developers could use to offset the cost of projects. Many of those programs don't allow renting to full-time, part-time or graduate students — ruling out their use for student housing.

For the programs that developers could use, the process is often cumbersome and a time-consuming experience that often delays a project, Phillips said. 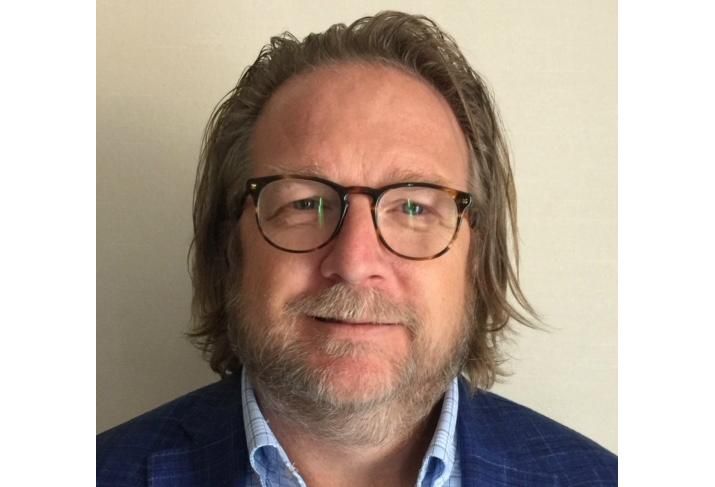 In Texas, to offset the rising cost of housing, the city of Austin passed a West Campus University Neighborhood Overlay ordinance in 2015. The overlay asks multifamily or student housing developers to set aside at least 10% of their project as affordable housing. In exchange, developers will receive incentives allowing for more height and less parking.

In California, Gov. Jerry Brown recently signed Senate Bill 1227, "Housing Our Students,” which gives student housing developers in the state a 35% density bonus if the units are for students and 20% for very-low-income students.

"It's a good start," Phillips said. "Municipalities need to get involved."

Borsos said developers are also looking for ways to trim costs. Colleges with excess land should partner with developers to build more units, he said. Even modular construction is an option, though it is still in its nascent phase.

Borsos said some are looking into standardizing project design, cutting out the middleman when it comes to buying supplies and making every unit look the same.

Pierce, whose company owns about 16,000 beds, said the easiest way to keep costs down is to fit more students in a unit and doubling up rooms with students.

While the density bonuses from SB 1227 in California and other places may seem like a good idea, those have limitations, he said.

Depending on the project and the height, wood frames can only go a maximum of five stories. Anything above five stories, he said, steel would need to be used, which increases the cost of construction.

"Density bonuses are helpful but not as helpful as people might think," Pierce said. "There is an economic constraint. If the project goes to six stories, the density bonus is worth nothing because most won't pay for the extra cost."

In recent years, she said that colleges are the ones that have been pressing developers to build luxury accommodations to attract wealthy students.

But she has found students want more affordable housing options. Not all students are attracted to luxury accommodations. The University of Oklahoma is finding that out the hard way. A brand-new $250M luxury student housing development is only 28% leased and now the university is exploring offering housing scholarships to students just to fill the rest of the 1,200-bed building.

College officials, she said, need to put just as much time and effort into providing housing for low- and middle-income students. She believes building smaller units or even co-living could be a solution. The goal is to provide housing so students have a better chance at success, she said.

“Everyone wins when students graduate," she said. "They pay more taxes, they are not reliant on social services and we’ll have a more skilled workforce."