In Seattle, smaller is better for many renters who struggle to keep up with the city’s exploding cost of living — but developers, architects and commercial real estate agents say that city regulations and policy changes have made microunits nearly impossible to build.

Earlier this year RENTCafé research found Seattle had the smallest apartments in the country at an average of 711 SF. For renters, microunits, small efficiency dwelling units and congregate units are market-rate alternatives to affordable housing. But developers say city regulations make their development difficult. 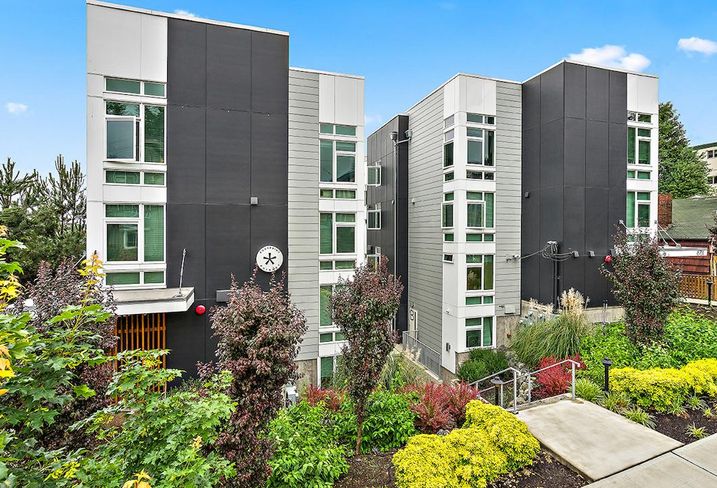 Courtesy of Kidder Mathews
Footprint Phinney Ridge is an example of microhousing.

“I personally believe congregate housing is the market-rate solution to affordable housing,” Wong said. “The city is making it harder and harder to [build] affordable housing and it forces people outside of the city where they have to commute an hour to get to work each way.”

Wong said the smaller units are a desirable option for renters.

“Here we are spending close to a $1B a year trying to solve this homelessness issue, but we are nowhere near creating the number of affordable housing units we need, yet the city keeps putting in legislation to make it harder to build,” Wong said.

Seattle Department of Construction and Inspections spokesman Bryan Stevens said that congregate housing is allowed in the mid-rise, neighborhood commercial 3 (NC3) and commercial zones when located within an urban center or urban village.

The Kidder Mathews multifamily investment team of Dylan Simon and Jerrid Anderson recently released a study that claims policy changes to the of code and how they have been interpreted by building officials result in fewer congregate units and micro studios being built.

Microhousing sales in Seattle averaged a price per SF that was 24% higher than that of market-rate apartments, according to the report.

“Seattle’s residents have spoken, and they see microhousing [as] viable housing that offers them an affordable option to live in the best neighborhoods in our city,” Anderson said in a statement.

Neiman Taber Architects partner David Neiman wrote an article for Sightline Institute in 2017 that noted how Seattle makes it difficult for developers to build micro housing. He said his article is still relevant today.

All the previous energy that had been put into congregate housing has been redirected to SEDUs, but they rent for about 25% more than congregate and serve a different price range.

Neiman would like to see the land zoned for congregate housing expanded. He also suggests that SEDUs be allowed to be built at 220 SF.

“If you look at all the global cities in the world: London, New York City, Tokyo, Hong Kong, 250 to 350 SF is an acceptable size of an apartment,” Wong said. “I lived in under 300 SF in Manhattan and I was much happier than I would have been if I had to commute.”

In the news segment, Mayor Jenny Durkan told Cooper that the city has secured funding for nearly 5,000 affordable housing units to be built over the next three years.

The news segment featured a full-time postal worker who lives in her motor home because her income doesn’t match up with the high prices of rent near where she works. In another featured family, the father works full time managing a restaurant, but that’s not enough to get himself, his wife and his son housing. For now, they live in a tent city where they said they feel somewhat safe thanks to the camp’s rigid rules.