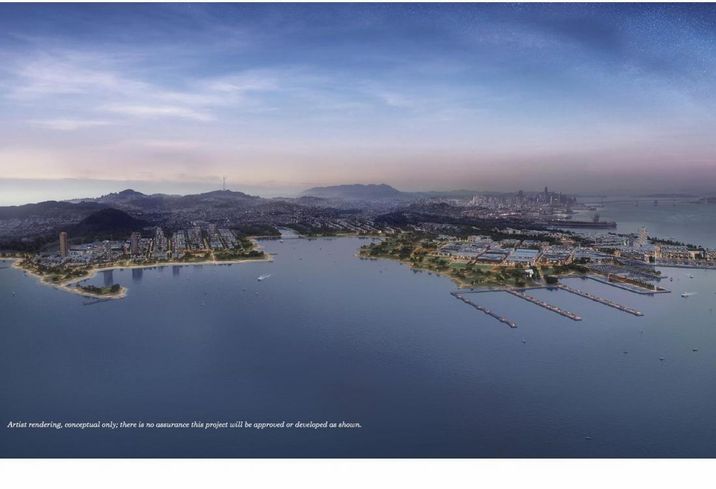 Five Point Holdings may not build a 635K SF shopping mall at Candlestick Point after all. The developer has officially suspended its plans to build a mall as part of its large-scale development along the Southeast shore in San Francisco, the San Francisco Business Times reports.

In a recent Securities and Exchange Commission filing, Five Point said it was reconsidering the viability of a mall due to ongoing problems in retail and had begun exploring alternatives for the site. Five Point entered into a JV with Macerich in 2014 for the development of the mall. Macerich is expected to leave the JV, according to the Business Times.

Demolition of the 49ers' Candlestick stadium began in 2015 and infrastructure work is underway. No buildings have been constructed. Plans for the mall called for several multistory buildings. About 7,200 housing units, a 200-room hotel and 300K SF of commercial were previously approved at Candlestick along with the mall.

Five Point showed signs it is shifting toward more commercial within the development. The developer said it will add 2M SF of office at Shipyard/Candlestick to its entitlements by the end of the year bringing total office across the projects to over 6M SF. These developments do not fall under Prop M restrictions after voters passed Prop O allowing the developer to add office at its discretion.

The developer said in its SEC filing that it expects Prop O will allow it to attract large-scale institutional or campus users wishing for a large volume of predictably delivered office space.

Five Point will shift its development focus to Candlestick Point following issues with soil samples at the Shipyard. About 408 acres are still owned by the U.S. Navy, but the land transfer is expected to be delayed following accusations that a government contractor falsified soil sample results.

There are no issues with cleanup at Candlestick, Five Point Holdings CEO Emile Haddad said during a recent call with investors. Moving forward on Candlestick would not create disruptions of the company’s business plans while it waits for the Navy to deliver the Shipyard parcels.