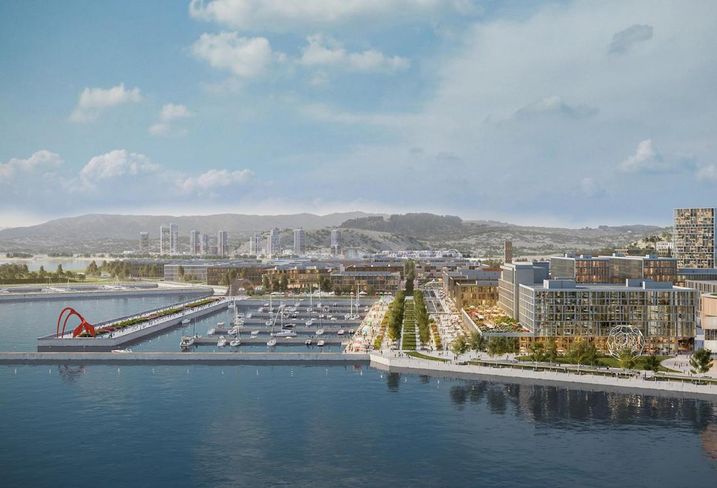 Problems with soil testing at San Francisco Shipyard could slow down the transfer of land to the city by at least a year. Employees of Tetra Tech recently admitted to faking soil tests, reports the San Francisco Chronicle. A group of six consultants is analyzing the soil data from the defunct naval shipyard, U.S. Navy Base Realignment and Closure environmental coordinator Derek Robinson said.

FivePoint Communities is developing the land into a mixed-used project with over 12,000 housing units, parklands and 1M SF of office. FivePoint regional president Kofi Bonner said the soil testing issue will not delay the development schedule. He said the problem is mostly between the Navy and regulators. The developer will build replacement spaces for artist studios and then move on to the next phase of construction to add more housing.

The Navy first noticed issues with soil testing when data did not match previous sample results in October 2012. Tetra Tech discovered about 386 samples of dirt from what used to be a lab that tested radiation on animals was actually pulled from areas that had already been cleaned. Later testing of 12 additional areas found more contaminated soil. The soil has since been cleaned.

A former Tetra Tech employee admitted last year that the incorrect testing was more widespread, which had the Navy looking over the soil differently and has led to more comprehensive analysis.

Hunter's Point/Shipyard was a notorious Superfund site, which housed a federal nuclear program in 1946. In addition to the radiation lab, military equipment and ships contaminated by atomic bomb explosions were kept at Hunters Point. The grounds were polluted with various chemicals, including pesticides, heavy metals, PCBs, and the organic compounds asbestos and petroleum. The EPA and its state regulatory agency have been overseeing and monitoring the cleanup of the site.