Despite its own struggles with the sector, San Francisco remains a relative bright spot when it comes to the state of brick-and-mortar retail, according to a new report from Ten-X Commercial. 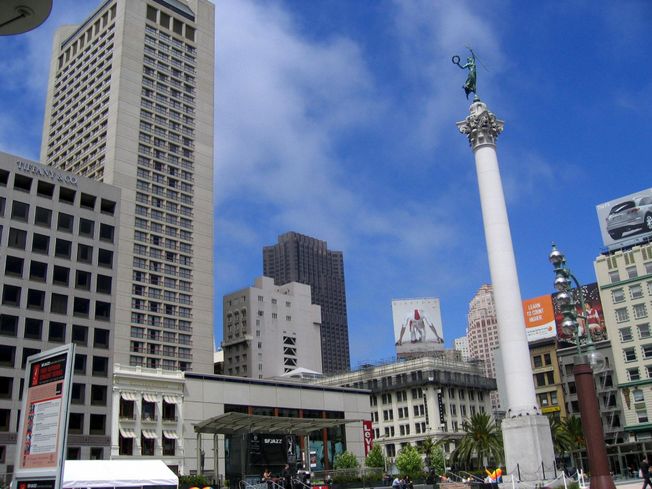 Using its own transaction data and in-house research as well as data from Moody's Analytics' Reis network, the online real estate services company forecasts San Francisco as the second-most-attractive market in the country for retail investment.

"Brick-and-mortar retail is still struggling," said Schreck, a co-author of the report. "We're still seeing e-retail sales rise as a percentage of total retail sales. We've seen the sector shift to more entertainment-type retail and food and beverage, but that's not going to totally make up for the decline in more traditional shopping centers and malls."

In its report, Ten-X cites data from Coresight Research showing that more than 8,500 store closures have occurred around the country this year, compared to 5,524 through all of 2018. Big names like Sears and J.C. Penney's headline the growing list.

But San Francisco might offer investors in retail some reprieve. Over the next four years, and assuming an economic downturn in its forecast for 2020, Ten-X predicts S.F. will settle into a retail vacancy rate of 3.2%, well below the current and predicted national average of around 10%. It also expects rents to rise by 4% to over $36 per SF by 2022.

"In terms of leasing activity, San Francisco has done well attracting food and beverage tenants, fitness centers, entertainment tenants, the types of retail tenants that are having success and looking for space in what is a very challenged market," Schreck said.

Cushman & Wakefield research for Q3 2019 shows the same phenomenon, predicting a continued decrease in vacancies as more experiential retail absorbs space, like that left by Nordstrom when it shuttered its 160K SF Stonestown Galleria location in September.

Oakland, on the other hand, tells a different story in Ten-X's forecast and one more consistent with the national picture. With less of the "aggregation effect" benefiting San Francisco retailers enjoying each others' business, Oakland is forecast to have declining retail rents and a stagnant vacancy rate of 7.8% through 2022.

"Oakland is more spread out, with some parts more suburban in nature," Schreck said. "And the leasing climate is more challenged in a market like Oakland where there's not a very condensed [central business district]."