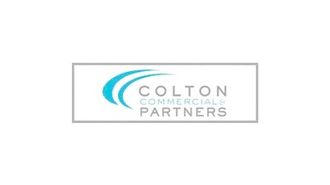 San Francisco is a haven for tech firms. The eponymous Salesforce Tower speaks to the presence of the industry in the city. With Facebook signing a lease for 436K SF of office space downtown, and Dropbox signing the largest commercial lease in San Francisco's history, tech has made its mark on the city's commercial stock.

In 2017, there will be more leases signed over 100K SF than in the history of San Francisco, Colton Commercial partners and co-founders Jay Shaffer and Brad Colton said.

San Francisco is also an incubator for startups across multiple industries. As Silicon Valley has become too expensive for small startups, San Francisco has had 2.5M SF taken up by Silicon Valley or Peninsula firms opening new offices or relocating since 2010. But rather than spend the time and money setting up their own offices, startups are demanding turnkey, furnished space.

“Anyone who goes and tours a WeWork campus will see firsthand how many startups there are in San Francisco,” Shaffer said. “From two-person to 100-person companies that need flex workspace, there is tons of startup activity.”

When these startups mature past their seed phase and acquire more staff, co-working becomes too expensive. Shaffer has seen a rise in demand for office space between 3K SF and 10K SF. But smaller startups are not turning to office space requiring tenant build-outs.

Post-recession San Francisco saw the flight of finance, insurance and real estate companies to more affordable nearby cities like Oakland. While this has opened up office space that startups have begun to fill, landlords that do not offer prebuilt spaces will have a harder time attracting companies, Shaffer said.

The San Francisco office market's low office vacancies continue to hover around 8.5%, according to Colton Commercial & Partners. But vacancies will rise as new developments are delivered, and spaces between 1K SF and 2K SF requiring tenant build-outs are already experiencing a slowdown in leasing activity due to co-working's growing popularity, Shaffer said. For smaller startups, the need to stay flexible is critical.

“Startups are looking for very flexible space,” Shaffer said. “Flexibility is really the key that many startups require. Direct space on the market is just not seeing the same demand as short-term subleases.”