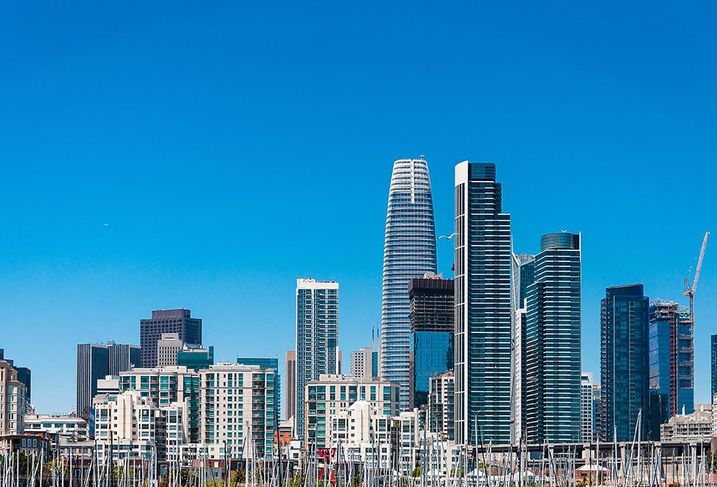 Office rents in San Francisco hit a new historic high during the second quarter. Rents reached $75.54/SF, up 2.7% quarter over quarter and up 3.4% year to date, according to CBRE’s latest MarketView report.

The increase in rents was heavily impacted by rent growth in the South of Market area where rents reached $80/SF and grew $2.34 from the previous quarter.

Technology companies continue to dominate leasing activity and made up 72% of the top 25 leases of the quarter. The biggest lease was Facebook’s 755K SF lease of the entire Park Tower at Transbay. That lease also is the largest lease ever signed in San Francisco.

Coworking companies also have been actively seeking office space this year, and many have been expanding into midsize spaces of 15K SF to 50K SF. There currently is about 450K SF of demand from coworking companies. WeWork has been very active, leasing 251K SF at 400/430 California St. during the first quarter, and is the city's fourth-largest tenant.

With whole buildings being leased up before delivery, large blocks of space are becoming few and far between. CBRE reports demand for large blocks of 100K SF or larger outstrips supply by two-to-one. The 1.1M SF Oceanwide Center is now the largest office under construction, but won’t deliver until 2021.

With over 800K SF of leased new construction delivering during the quarter, which included 181 Fremont and 350 Bush, net absorption reached 1.5M SF, the highest net absorption since Q1 2000, the height of the dot-com boom. Net absorption could go up higher for the entire year with another 2.1M SF of office expected to deliver by the end of 2018. Most of this space has been pre-leased.

Vacancy decreased 50 basis points to 5.2%. CBRE anticipates rents to rise further into 2019 if demand remains high and supply continues to be constrained.

CORRECTION, JULY 13, 9:50 A.M. PT: A previous version of this article incorrectly stated the year to date office rent growth. The article has been updated.