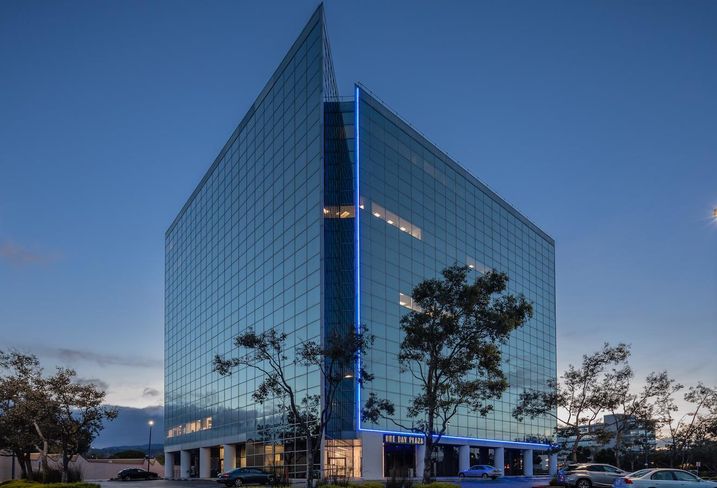 Woodstock Development has purchased a nine-story, 196K SF office tower in Burlingame for $75.3M, or $384 per SF, according to sources familiar with the deal.

Harvest Properties and New York Life Real Estate Investors acquired the building, named One Bay Plaza, for about $273 per SF in 2016.

"There's a lot of buzz in Burlingame because of the 800K SF Facebook lease at Burlingame Point and the city's focus, through its updated general plan, on Bayshore as next in line for future office and life science development," Woodstock President Kirk Syme said.

In January, Facebook signed a lease for the entirety of developer Kylli's massive Burlingame Point campus, set to open next year and just 2 miles from One Bay Plaza. The city's recently updated general plan allows for denser development along the Old Bayshore Highway, according to Syme.

“Three years ago, we saw an opportunity to acquire this well-located but under-performing property and add value through active lease-up, expiration management and select building improvements,” Harvest Properties partner Griff King said in a statement.

Woodstock anticipates the nearby Burlingame Broadway train station as a key benefit. About a 10-minute walk from One Bay Plaza, the Caltrain station (currently only open for weekend service) could be open for weekday service thanks to electric service in the next several years, and it is adjacent to the popular Broadway Burlingame retail area.

The Class-A office building is mostly leased by a broad array of small tenants, with the largest being Cushman & Wakefield occupying about 11K SF on the ninth floor.

Based in Burlingame, Woodstock is currently drafting entitlements for a 1.2M SF Union City project called Union1.2, right next to the city's lone BART station. This is the company's first major investment in Burlingame.

Other recent large-scale office transactions in Burlingame include EverWest Real Estate's purchase of the 277K SF Burlingame Bay Office Park for $406 per SF and a purchase of a 104K SF property at 1720 El Camino Real by Angelo, Gordon & Co. for $376 per SF, according to Cushman & Wakefield. Both occurred last year.