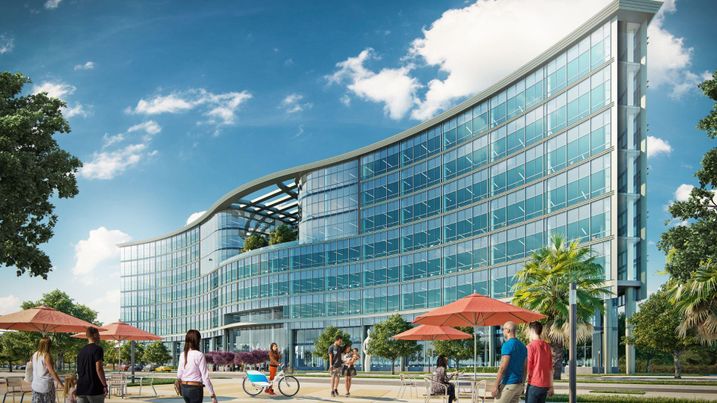 Since Genentech planted its flag in South San Francisco in 1976, the city has remained the epicenter of the Bay Area life science industry. The biotech behemoth is now the largest of over 200 biotech companies in South San Francisco, which contains over 11.5M SF and counting of biotech space, according to the city website.

Life science average asking rents are steadily approaching $70 per SF, according to research from brokerage Newmark Knight Frank, and the fanciest of amenities (Zen garden, anyone?) can only do so much. So, more life science developers and tenants see the East Bay as an increasingly attractive option.

"In South San Francisco, there's close to zero vacancy there, and most of the buildings under construction have tenants lined up for them already,” said Woodstock Development President Kirk Syme, a panelist at Bisnow’s Bay Area Life Sciences & CRE event June 26.

Syme and Woodstock are currently drafting entitlements for Union1.2, a Union City project set to consist of 1.2M SF of life science and/or office space across three buildings — all of which are connected to the East Bay city’s BART station —  and sporting an amenity package with offerings like a fitness center, juice bar and even another Zen garden. 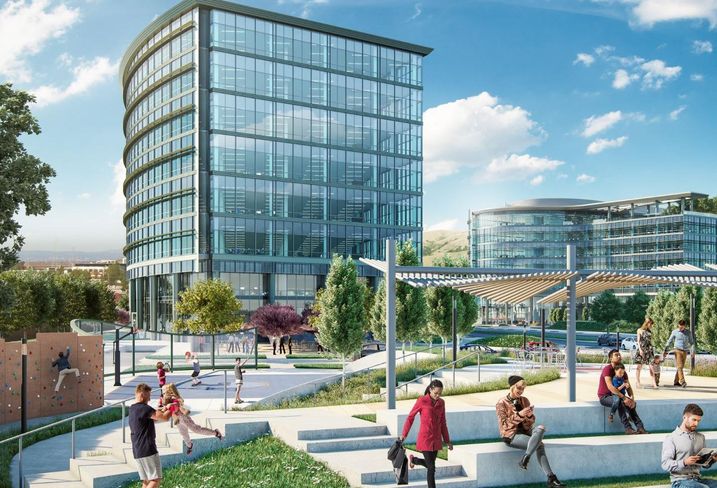 Courtesy of Woodstock Development
A rendering of one of the three buildings of the Union1.2 project in Union City

Earlier this year, Woodstock, which specializes in life science properties, completed a design-build less than 100 yards away on a 30K SF building for Fresenius Medical Care and Vicarious Inc., an AI company. At 1320 Decoto Road, Syme sees it as a preview of what is to come.

“It really brings some credentials to the Station District in terms of it as an office location," Syme told Bisnow, referring to the 120-acre site on which Woodstock plans to build Union1.2.

Formerly the site of a PG&E pipe yard, Station District is now zoned for mixed-use development. Along with Woodstock’s small commercial building, the 243-unit Union Flats by developer Windflower Properties is already open, and Windflower has approval for a 440-unit Phase 2 of its project, expected to open next year.

"Looking forward, it's going to be about getting the buildings more connected with where their employees are living,” Syme said.

Although still expensive, East Bay living costs pale in comparison to those on the Peninsula, and Woodstock is betting on its BART connection to a burgeoning Tri-Valley region as key.

“The Dublin-Pleasanton area has more single-family construction going on than any place in the Bay Area,” Syme said. “For young families who may have started their careers in S.F. or living in apartments up and down the Peninsula, many of them are moving to the Tri-Valley.”

"We're seeing a lot of demand in Hayward, Emeryville and Fremont, and I think a lot of that has to do with housing," Hines said. 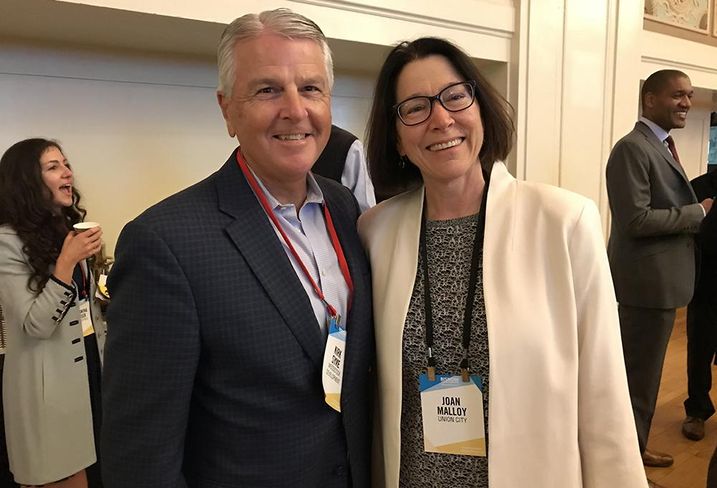 Emeryville in particular has drawn a lot of East Bay life science interest. Wareham Development recently completed and fully leased its 265K SF EmeryStation West development, now part of its 2M SF life science campus known as EmeryStation. Earlier this year, BioMed Realty agreed to pay $135M for the Emeryville Center for Innovation, a site with the potential for 1.1M SF of laboratory and office space throughout the campus.

The amenities some of these burgeoning East Bay hubs like Emeryville, Fremont and Hayward can offer are ways for biotech and life science companies to compete with tech for talent, CBRE Managing Director David Bendet said.

"Some employees who have a choice in computer science or biotech/genetic research can work at Google, or they can work at Bayer," Bendet said.

But in the end, a lot of the East Bay growth comes back to a lack of available space on the Peninsula, both Syme and Bendet said, as well as the stark discrepancies in cost. In 2018, average asking triple net rent was $60.09 per SF on the Peninsula and $34.83 in the East Bay, according to brokerage Cushman & Wakefield.

"Vacancy rates are at an all-time low," Bendet said. "Clients are looking for space two or three years out, and there's just not a lot of space that's available at scale."