San Francisco's Largest Apartment Projects Will Deliver Over 2,000 Units By 2021

The ongoing housing crisis in San Francisco and the Bay Area is making it difficult for developers to keep up with demand. San Francisco added 1,765 units during the second quarter, bringing its year-to-date total to 2,065 units, according to a CBRE report. The multifamily pipeline is expected to slow within the next few years due to a rise in construction costs, the additional inclusionary housing requirements and a lack of available land making it difficult for new projects to pencil. 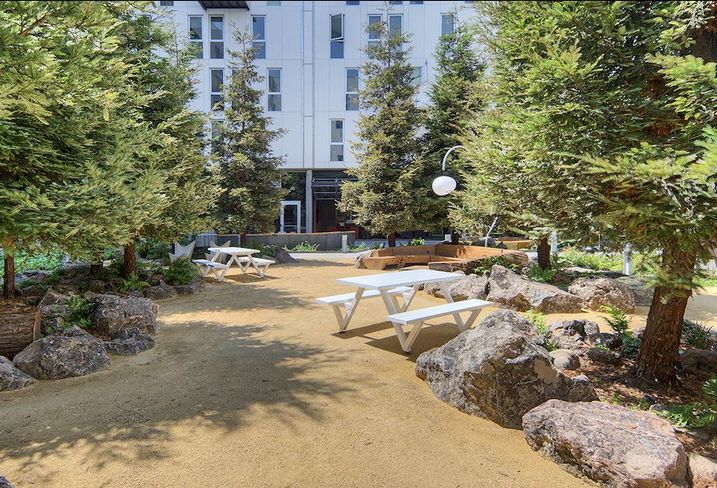 Equity Residential has leased 75%, or 145 units, from its first phase at 855 Brannan in San Francisco within 70 days of occupancy. Pre-leasing began in May and residents began moving in during June.

The project in the South of Market neighborhood features 18 mature redwoods from 35 feet to 45 feet tall in a central courtyard. Tenants have access to broadband WiFi, picnic tables, barbecues and seating areas made out of reclaimed wood.

The complex offers a lobby with contrasting textures and colors combining recycled wood from the former building on the site with the clear colors of a mosaic of bright glass bowls of varying sizes on the wall. A rooftop deck provides fire pits, barbecues, granite countertops and dining tables. Additional amenities include a fitness center, two ground-floor community lounges with TVs and a demonstration kitchen. The project is registered as LEED Platinum. 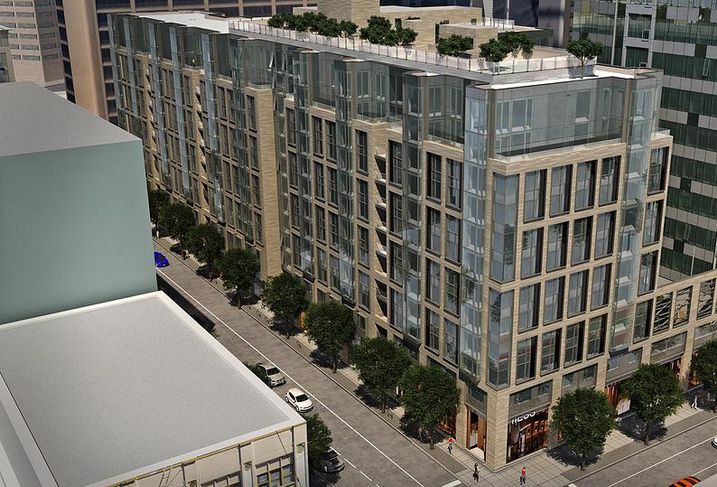 150 Van Ness is Emerald Fund’s third and final project within the Civic Center neighborhood. It will connect to 100 Van Ness, which was completed in 2015, and offer 9K SF of retail. Amenities include a full-length swimming pool, two hot tubs, a basketball court, a movie theater, a yoga studio, a tool workshop, a bike repair shop, a pizza oven, a pet wash, a business center and a roof deck. Emerald Fund’s other Civic Center area project is The Civic, a 162-unit apartment complex a block away from 100 Van Ness. This project was completed in 2016. 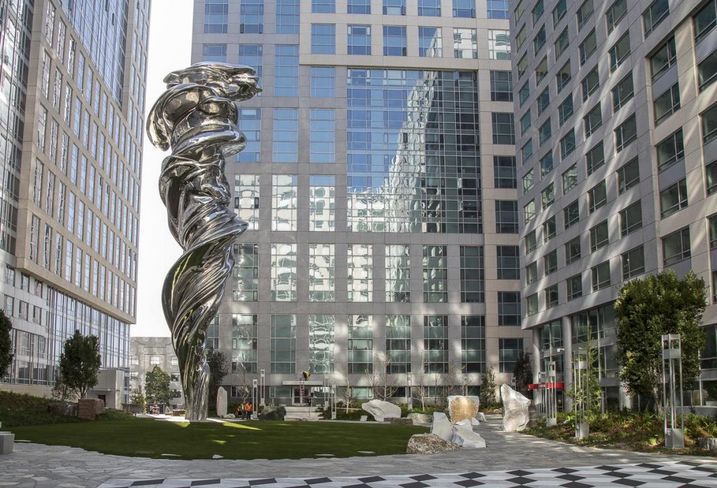 Courtesy of Trinity Properties
A 92-foot sculpture of Venus by Lawrence Argent is featured at Trinity Place.

Trinity Place’s fourth and final phase, which consists of 500 units, is expected to begin in the fall and be completed in three and a half years. The fourth phase will be predominately two-bedroom units with a handful of one-bedrooms and studios. Residents began occupancy at the most recently completed 19-story building at 33 Eighth St. in March. The most striking aspect of this project is a 92-foot stainless steel statue of Venus designed by Lawrence Argent in a central courtyard. 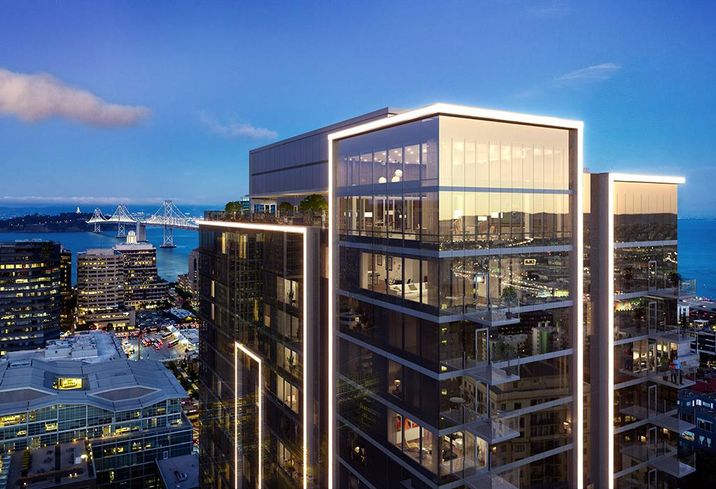 The 35-story project, formerly known as 41 Tehama, in the South of Market district, features a fitness center, a clubroom, a rooftop solarium, an outdoor terrace and ground-floor retail. 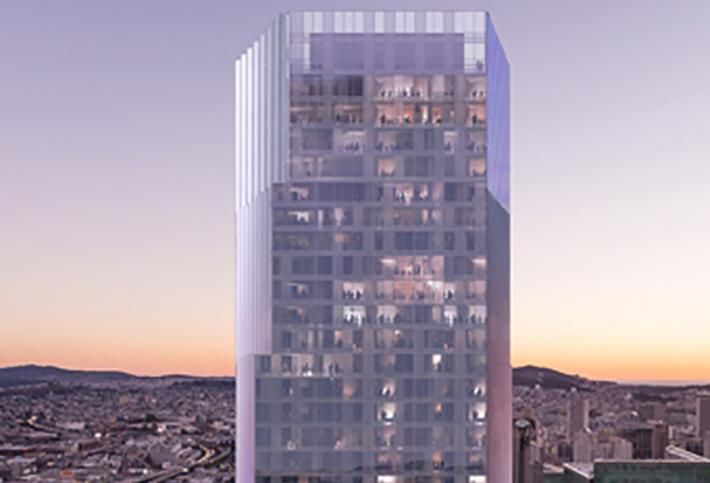 Related California’s Transbay Block 8 55-story tower will offer 17K SF of ground-floor retail and an open public paseo. The tower will be three blocks from Salesforce Tower. The developer partnered with Tenderloin Neighborhood Development Corp. for the affordable housing portion of the project. 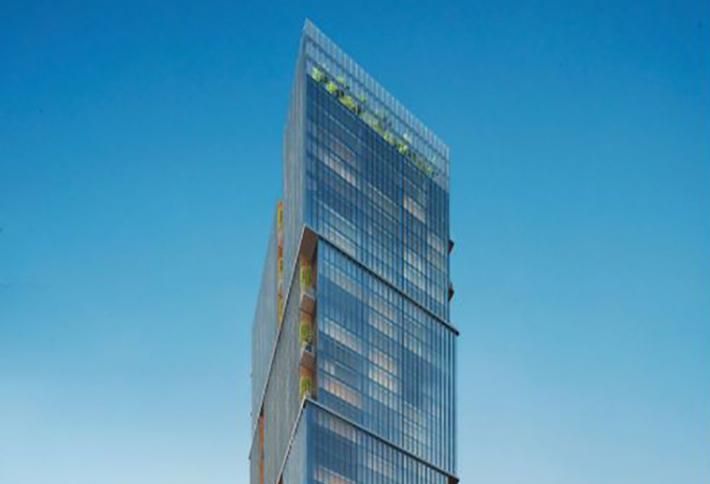 The 440-foot, 42-story building in the Transbay District will include about 7K SF of retail and about 3K SF of open space. An underground garage will provide space for 206 bikes and 267 cars.