4 Stunning S.F. Buildings (And A Parkway) Set For Completion This Year

San Francisco will see the completion of some stunning and striking buildings (and a parkway) this year. Bisnow gives you all the details. 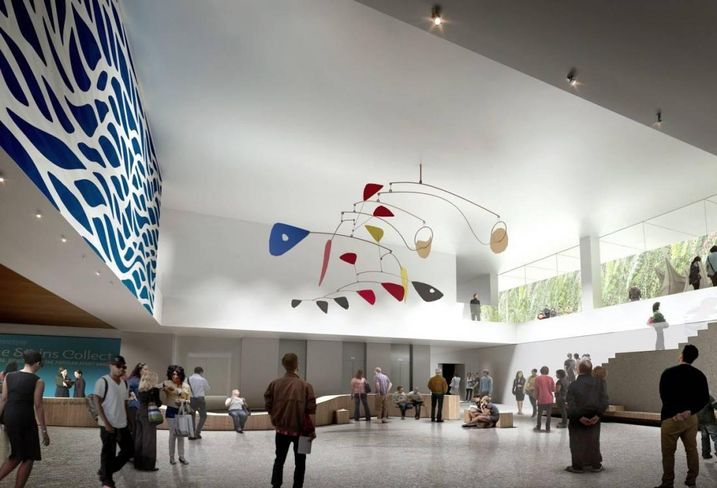 Opening May 14, the expansion will double the size of the San Francisco Museum of Modern Art (SFMOMA). The museum's looking to raise $610M, including $245M going to the endowment, for the project. Scandinavian company Snøhetta is the architect. The additional 235k SF will include more free galleries, a central public gathering place and entrances from every direction. There will be a new sculpture garden and heavy use of glass to make SFMOMA more connected and open to the city.

Snøhetta has been around since 1989. Its other projects include an upcoming library building on Temple University's campus and a Museum of Fine Arts in Houston. The renovated SFMOMA building will expand on the work of the original architect, Mario Botta. The original building finished in January 1995. The then 225k SF building was the largest structure in the West designed for the exhibition of modern art.

Designed by Norman Foster, this 23,470 SF Apple retail store will replace the old Levi's store and move the Apple S.F. Flagship Store from One Stockton. Located in Union Square, the new store will be a two-story glass box with giant sliding glass doors that will take advantage of S.F.'s weather. The building will change the triangular portion of the plaza into a rectangle, increasing it from 4,586 SF to 6,059 SF. A folk art fountain will be moved a few feet to accommodate the design. Expect the store to open this summer.

Located at 201 Folsom St, this $351M project by Tishman Speyer, contractor Lendlease and architects Bernardo Fort-Brescia and Heller Manus broke ground in 2013, and will finish in Q3.

There are two towers and two mid-rise buildings around a central courtyard. All buildings are connected on the first and second floors. The first tower and the mid-rise buildings have been selling briskly and residents have started moving in. When the second tower completes, there will be 656 condo units in total, averaging about 1,200 SF/unit. Lumina includes more than 10k SF of rooftop space offering amazing views of the city and the San Francisco-Oakland Bay Bridge, a bi-level club lounge, a 70-foot lap pool, a Jay Wright-designed fitness center and climbing wall, 9,500 SF for a gourmet market, and ridesharing with Audi.

Tishman Speyer also helped sponsor the return of The Bay Lights on the Bay Bridge. 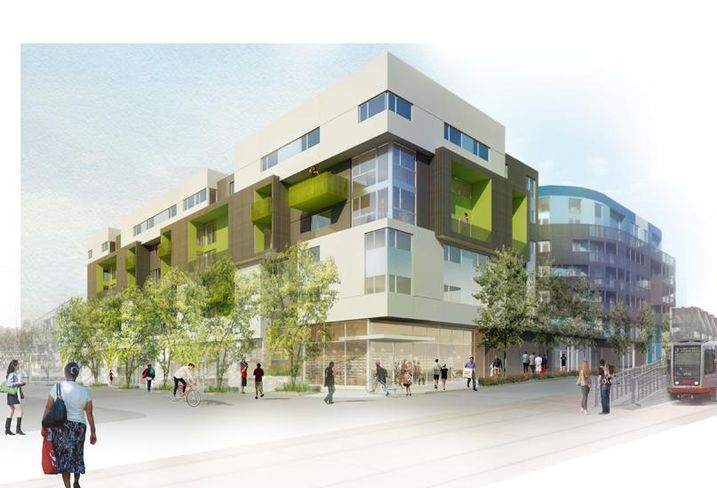 Designed by Anne Fougeron, developed by AGI Avant, and being built by Devcon, this $80M mixed-use project will finish in Q3. The project includes 34 affordable units for families earning 55% or less of the area’s median income. The project also includes 229 market-rate units and 2,500 SF of retail. This six-story building will neighbor the light rail line to S.F.’s Financial District and is walking distance to Mission Bay and the Caltrain Baby Bullet to the Peninsula.

Aiming to replace the aging US 101 Doyle Drive, this $860M project will give pedestrians, bicyclists and motorists better access to Presidio National Park and the Golden Gate Bridge. The project will update the infrastructure and reduce environmental impact, allowing an improved roadway to be tucked into the region's natural contours. The roadway is designed to withstand earthquakes up to magnitude 8.2. Designers have widened the lanes and installed shoulders to improve vehicular safety and increased parkland and marshland, allowing both drivers and pedestrians to access more green space along the route. Project contractor is a JV of Flatiron and Kiewit.