Vornado Realty Trust may sell its stakes in San Francisco's 555 California St. and New York's 1290 Avenue of the Americas, two buildings that are also partially owned by The Trump Organization. 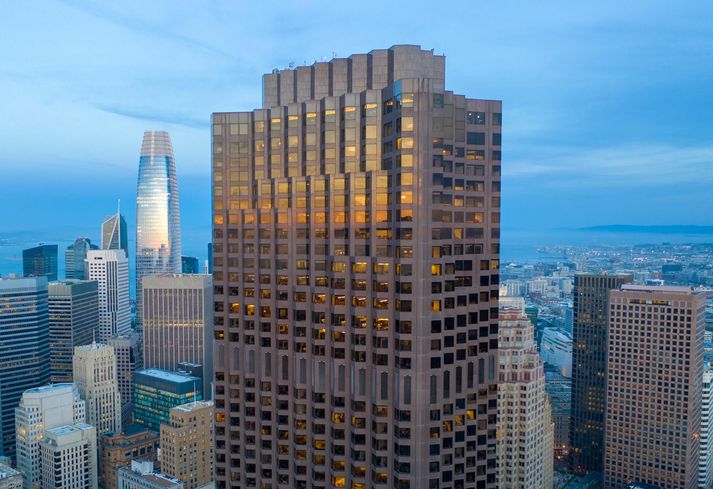 Courtesy of Droneshot
555 California St., one of the tallest buildings in San Francisco

The New York-based REIT said this week it is "initiating a process to explore options to recapitalize" the two office properties. Vornado, which owns 70% of both properties, is looking into recapitalizing them either together or separately, it said.

The San Francisco three-building, 1.8M SF campus was last assessed by the city in 2006 at over $1B, while 1290 Avenue of the Americas, a 2.1M SF Manhattan office building, last sold for over $1.2B in 2006, according to property site Reonomy.

In Vornado CEO Steven Roth's most recent chairman's letter, he wrote that part of the company's strategy would be to "sell assets even more aggressively" and that "no asset is sacred — in many cases, we would rather have the cash than the buildings."

A spokesperson for Vornado said the company was declining to comment further.

BMO analyst John Jim told Seeking Alpha the two assets could be valued as high as $3.7B, or $938 per SF.

At 555 California St., Vornado has been involved in legal action taken against coworking company Regus, which Vornado alleged tried to back out of a 15-year lease and $90M guarantee, Bisnow reported last month.

The REIT has brought on Eastdil Secured to be the exclusive agent for 555 California St. and Cushman & Wakefield to work on 1290 Avenue of the Americas, it said.

Bloomberg, which first reported the news, reports that The Trump Organization may also sell its 30% stake in the buildings.