After being on the market for months, San Francisco's iconic Transamerica Pyramid has reportedly changed hands for the first time ever.

An investment group led by SHVO Chairman and CEO Michael Shvo has agreed to buy the tower and adjacent buildings from Transamerica Corp. and its parent company, Aegon, for over $700M, Bisnow has confirmed through a source close to the deal. 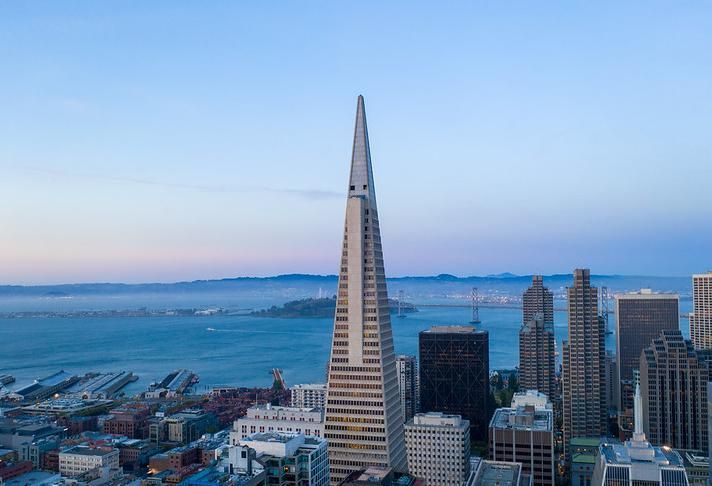 The acquisition team also includes Deutsche Finance and Bayerische Versorgungskammer, or BVK, a German pension fund, according to the source.

Transamerica and Aegon originally put the 853-foot building and adjacent office properties at 505 and 545 Sansome St. on the market in August. Before then, a partial stake in the three buildings, which total about 760K SF, had been on the market for almost two years.

A price of over $921 per SF for the trio of Financial District buildings falls in line with sales of other FiDi buildings. In December, Columbia Property Trust's $239M pickup of 201 California St. worked out to $879 per SF.

The Transamerica Pyramid drew criticism for its shape when designs for the skyscraper were first unveiled in 1968, about four years before it opened. Until Salesforce Tower opened in 2018, the 853-foot-tall building was San Francisco's tallest. Now, it includes tenants like Northwestern Mutual and Greenhill & Co.

In the last year, SHVO and partners have acquired eight properties amounting to over $3.1B, including the recent $370M deal for 333 South Wabash Ave. in Chicago.

The name will remain Transamerica Pyramid after the transaction.