333 South Wabash Sells For $370M, Raising Hopes The Investment Office Market Is Back 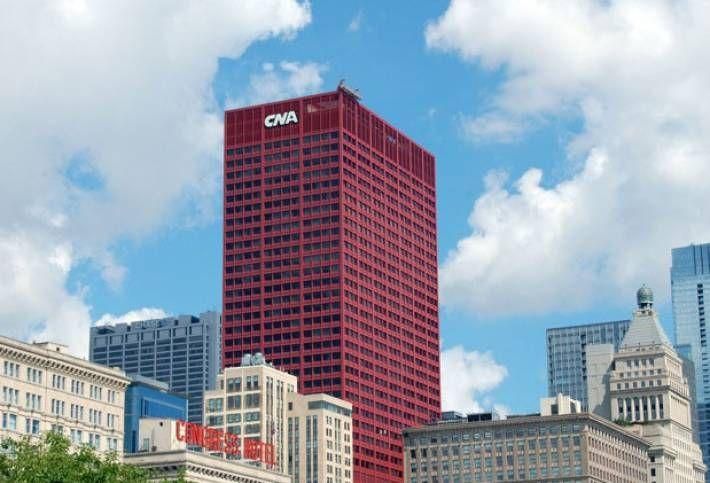 A shortage of new investment was the only real shadow hanging over Chicago’s downtown office market, which saw record-setting leasing activity in 2019, but a New York City-based investor just brightened the investment outlook and got the new year off to a successful start.

Michael Shvo’s firm SHVO, and its partners Deutsche Finance and BLG Capital, have agreed to buy for $370M 333 South Wabash Ave., the distinctive red skyscraper formerly known as the CNA Center, according to Crain’s Chicago Business, citing a report in Real Estate Alert, an industry newsletter.

The big buy may not just be a one-time confidence booster for the downtown investment market. It illustrates the Central Loop’s potential at a time when the West Loop and Fulton Market have been drawing deep-pocked tenants away from the core and into the many new trophy properties rising in these submarkets.

The John Buck Co. bought the building from CNA Financial for $108M in 2016, and CNA left its namesake tower for space in a West Loop trophy tower developed by Buck at 151 North Franklin St. But after pouring millions into a building update, and securing Northern Trust as a tenant, among several others, Buck brought occupancy up to 92%, Real Estate Alert reports.

That leasing record, and the big profit for John Buck, will signal other Central Loop landlords that there is still a lot of demand for space in the submarket, making it worthwhile to launch pricey rehab projects.

Chicago’s Central Business District saw a huge drop-off in new investment last year, which most observers attribute to the uncertainty that descended on the market after Cook County Assessor Fritz Kaegi announced plans to revamp downtown property values. Whether the deal means the office investors have gotten over the willies is far from certain.

The CBD recorded an investment total of just $244M in the first half of 2019, the lowest amount in two decades, according to a July report issued by MBRE. The second half did see some significant sales announced, including Boston-based Beacon Capital Partners’ plan to buy 190 South LaSalle St., a 40-story tower, for about $230M. But the year-end flurry didn’t do much to revive the overall investment market, as owners had put between $5B and $7B worth of buildings up for sale, and most never traded.