Since the 1989 Loma Prieta earthquake, buildings have gotten stronger and cities around the Bay Area and the state have adopted better building codes. While vulnerabilities still exist in some soft-story buildings, which are prone to collapse, significant strides have been made in modern commercial building design and construction in the last 30 years. 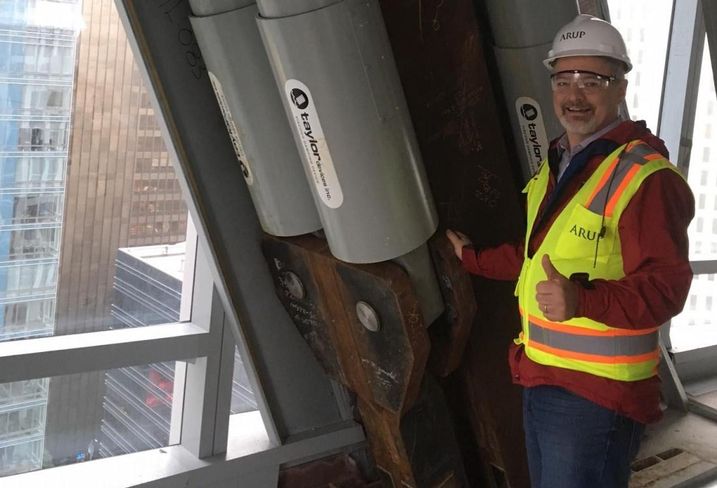 Jay Paul Co.'s 181 Fremont is among the most resilient modern buildings.

Whenever an earthquake hits, engineers learn new vulnerabilities, and in earthquake-prone California, many lessons have been learned. The watershed moment for structural engineering was the Long Beach earthquake in 1933, which led to cities banning unreinforced masonry buildings, according to Smith.

The San Fernando earthquake of 1971 led to a better understanding of reinforced concrete buildings, while the 1994 Northridge earthquake in Southern California taught lessons on how steel buildings react to an earthquake, Smith said. 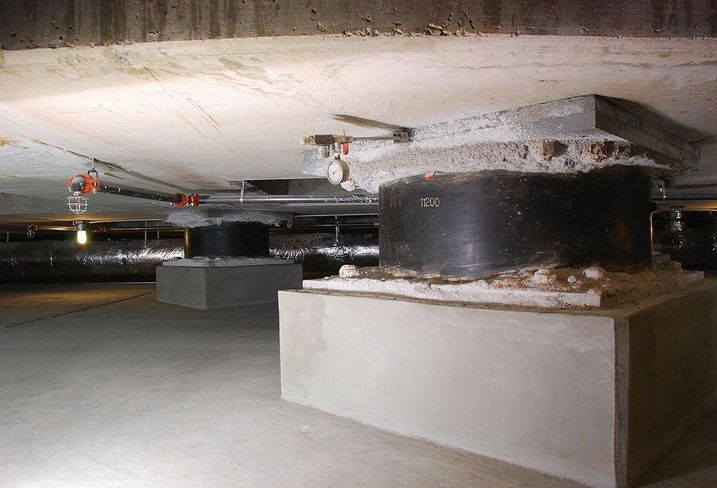 The Northridge earthquake led to new innovations in concrete construction, according to Transwestern’s Federle. Pankow Construction owner Charles Pankow had a parking structure that his company, Pankow Builders, had constructed that broke apart and fell over during the earthquake. Charles Pankow designed a new way to pour concrete with a floating sleeve on a concrete lateral frame so that the structure would not tear itself apart during an earthquake.

Other innovations in seismic engineering include viscous dampers. While not new, these dampers are being used more. They are basically huge shock absorbers that turn energy from an earthquake into heat.

181 Fremont has 32 dampers to improve the building’s seismic response, according to Smith. The East Bay Municipal Utilities District building also is equipped with viscous dampers as is the Gerald Bridge replacement in Long Beach.

Base isolation is a common technology used for shorter buildings and is often used in critical buildings, like government buildings and healthcare facilities, that will need to function after a disaster. The Zuckerberg San Francisco General Hospital and the San Francisco Airport International Terminal have base isolators, which are a series of rollers that move with the earthquake while essentially keeping the building in place.

In the last 30 years, the use of computers also allowed for a better understanding of how buildings might perform during an earthquake. Engineers can perform a structural analysis to make sure buildings can withstand shaking. This computer technology has helped improve high-rise buildings dramatically, Smith said. 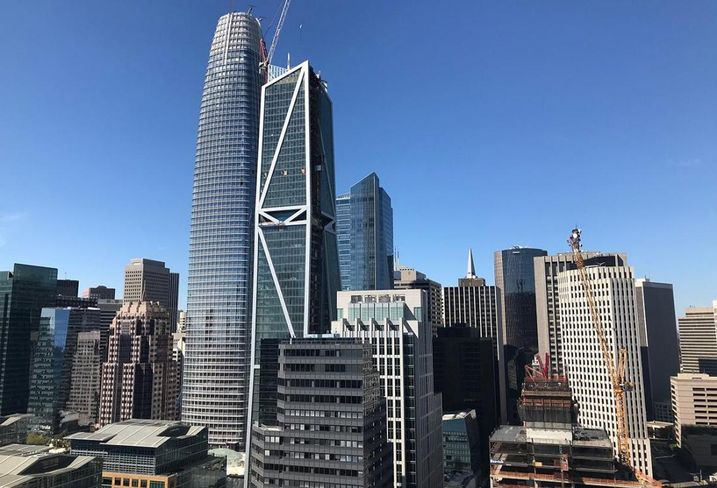 There also is a greater focus on resilient seismic design, which means buildings can continue to operate immediately after an earthquake. 181 Fremont provides a great example. The elevators are designed to work during a power outage and can be used to evacuate people.

Arup created a Resilience-Based Earthquake Design Initiative to rate buildings based on resiliency and awarded 181 Fremont a REDi Gold rating. The rating system describes design and planning criteria that allow for the building and operations to resume after an earthquake.

“It’s not just about making the structure perform well, but it’s also about all the other things — the windows, the partitions, having backup utilities, elevators and having a plan to get a building inspected and up and running after an earthquake,” Smith said.

This became apparent after the 2011 Chirstchurch earthquake in New Zealand. While few buildings actually collapsed, many were damaged beyond repair, causing economic loss and a very long recovery period, he said.

“The focus of resilience is not just on saving life, but also protecting property such that normal life can resume as quickly as possible,” Smith said.

Buildings Are Only As Strong As The Building Codes 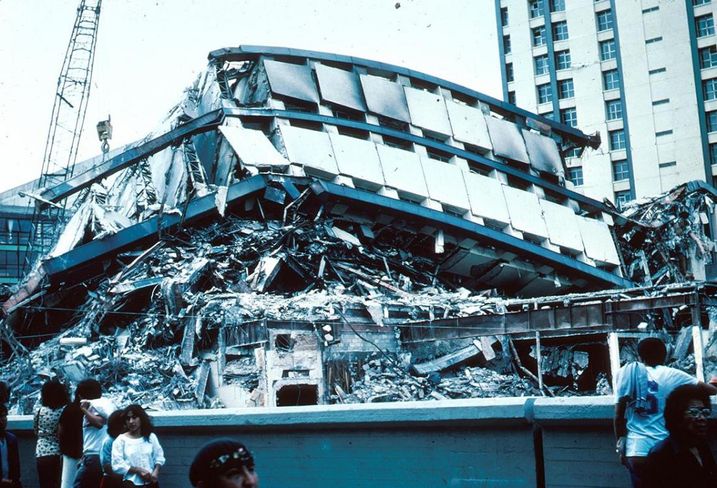 U.S. Geological Survey
A 21-story steel-constructed building in the Pino Suarez Apartment Complex that collapsed during the 1985 Mexico City earthquake

While modern buildings are unlikely to fall or sustain significant damage during a strong earthquake, it is the older buildings constructed prior to current building codes that remain the biggest challenge for the engineering community. In San Francisco, it is about bringing older soft-story buildings up to seismic standards, and it is up to cities around the Bay Area to make sure building codes are followed.

“The remaining danger is in the buildings that were built prior to code,” Smith said. “In Mexico City after the earthquake, it is amazing to see how new buildings performed better than the old buildings.”

A big earthquake in Mexico in 1985, which toppled 100,000 structures and killed 5,000, led to improved codes under which new buildings were built much stronger, especially in downtown. Building codes are key to whether or not a building will survive an earthquake.

“Much of the damage we see nowadays in other countries is due to not having the proper building codes in place,” Transwestern Senior Managing Director Ed Del Beccaro said.

As far as additional innovations, it may not be until the next big earthquake that seismic engineers learn of additional vulnerabilities.

“We have come a long way in earthquake engineering, but it is still a moving science,” Smith said. “We have to wait for earthquakes to really understand it.”