It is suddenly all the rage to look at how well we have aged (or find opportunities to poke fun or suggest something more sinister from the social media fad), and the changes in some cities have been quite striking in the past decade, including the City by the Bay. 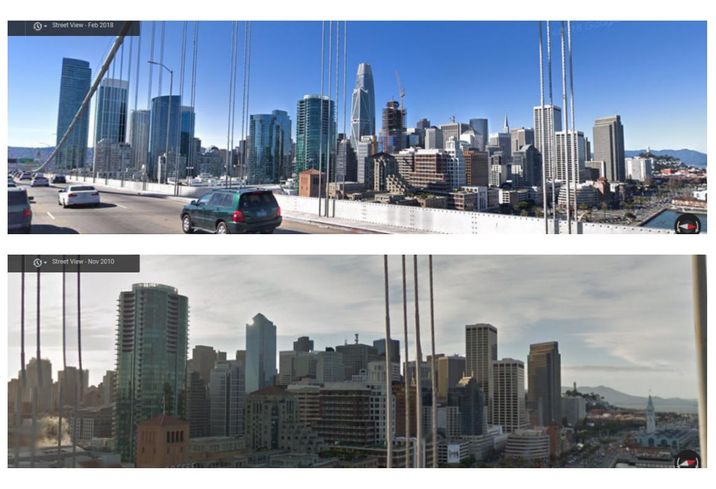 Ten years has made a significant difference in San Francisco's skyline. Notably, in 2018, Salesforce Tower's completion meant that the Transamerica Pyramid no longer held the title as the city's tallest building. Other additions in the past decade include the Transbay Transit Center, which sits next to Salesforce Tower and also completed in 2018, though it closed just weeks after opening due to cracked beams.

And, yes, time-lapse footage can be a lot of fun for such projects. OxBlue Corp. released a time-lapse video of Salesforce Tower going up between 2013 and 2018.

The street view also has changed dramatically in some parts of the city. 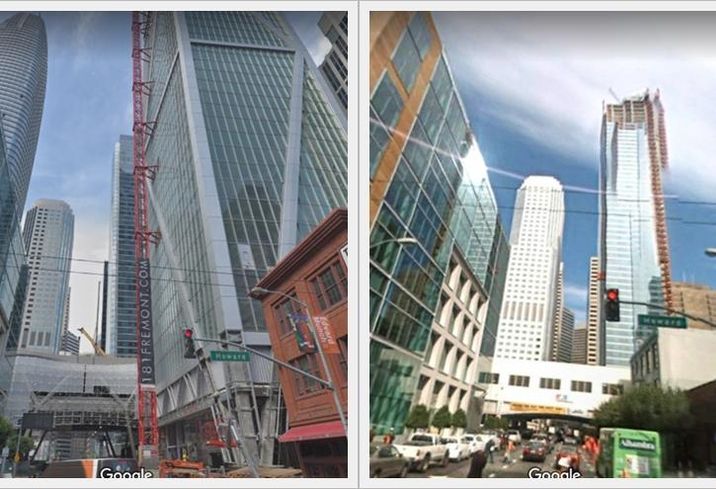 From the intersection of Howard and Folsom streets, it is easy to see how the view has altered, with the addition of 181 Fremont (Facebook has leased all of the office space at the mixed-use tower, which also has 55 luxury condos and 12 accessory suites), the completion of neighboring Millennium Tower (which has become infamous for sinking and tilting), the transit center's waveform panels spanning the street and Salesforce Tower rising nearby.

When RentCafé took a look in 2017 at the changes along two San Francisco streets, it found similarly profound transformations.

The 1M SF Phase 2 of The Infinity mixed-use condo project in Rincon Hill added 41 stories and 285 residential units in a second tower. Across the street, the 655-unit Lumina, which opened in 2015, added two towers to the city's skyline.

The 44K SF housing project for people transitioning out of homelessness at 149 Mason St. added an eight-story building with 56 residential units and ground-floor commercial and retail space and support services. The building's eight-story ceramic tile art feature adds to the visual pop of a once-bland corridor.

Even from further afield (a lot further), the growth that has shaped the city is visible. Just take a look at this time-lapse image from Google Earth.