Extremely tight industrial vacancy in San Diego has triggered a boom in spec development. Industrial vacancy was just 4.4% in Q3 2016, down from 5.2% year-over-year and 48 basis points lower than the previous quarter, while the overall average asking rental rate remained at $1.02/SF for the second consecutive quarter, according to a new report from Colliers International. 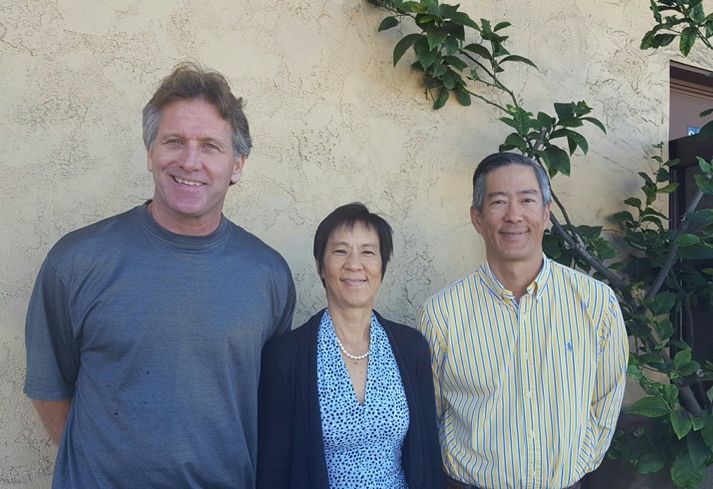 The lion’s share of new industrial/R&D development activity is in North County, which is experiencing a migration of companies. More than 549k SF was delivered in Oceanside so far this year and 186k SF in Carlsbad. Another 605k SF is under construction, the majority of which is in Carlsbad. 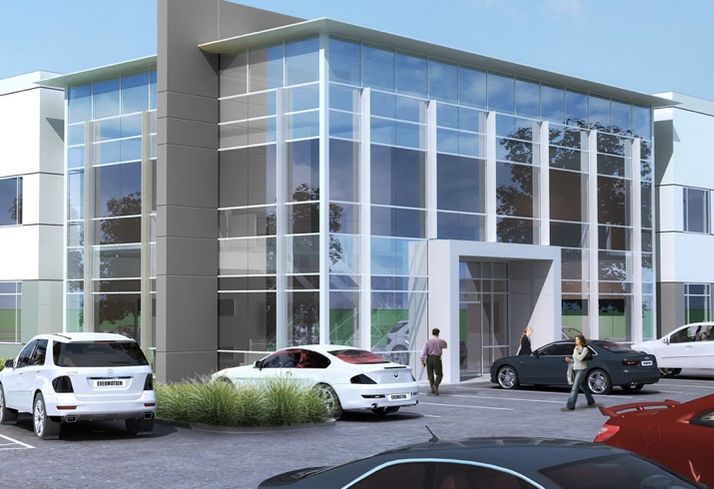 Ted, who represents Carlsbad Oaks North, a 150-acre master planned corporate business park by master developer Techbilt Cos, tells us a majority of North County projects underway or in the pipeline are in Carlsbad Oaks North. Two projects are under construction there: el•e•vate (above), a 147k speculative creative industrial, two-building distribution facility by RAF Pacifica Group, and a 140k build-to-suit for HM Electronics, which is relocating from Poway. 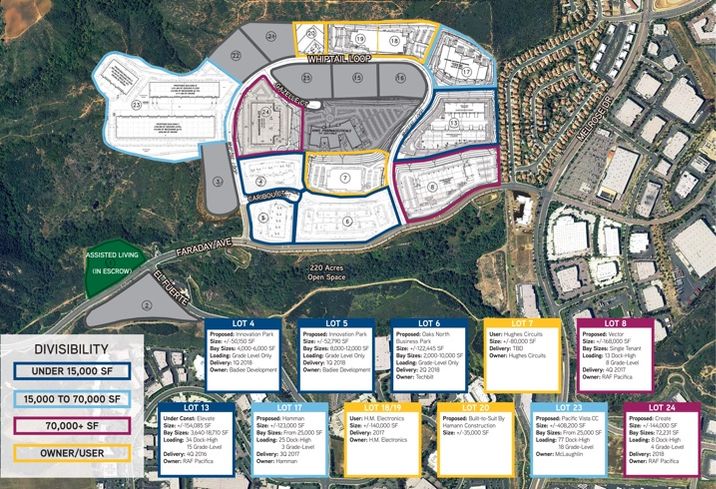 The map above shows projects under construction and planned at the 150-acre Carlsbad Oaks North commercial business park.

Seven other projects are planned and will start construction shortly at Carlsbad Oaks North. These include a 400k SF warehouse/distribution project on Lot 23 by an unnamed Orange County developer and two additional RAF Pacifica creative industrial projects, vec•tor, a two-story, 169,100 SF industrial/R&D facility on 13.2 acres, and cre•ate, a 144,461 SF corporate headquarters facility, with up to 70k SF of office space on 9.7 acres, as well as a 123k SF warehouse/distribution center by Hamman Construction; two projects by Badiee Development totaling more than 102k SF; and Techbilt’s Oaks North Business Park, a five-building, 122k SF industrial multi-tenant project. 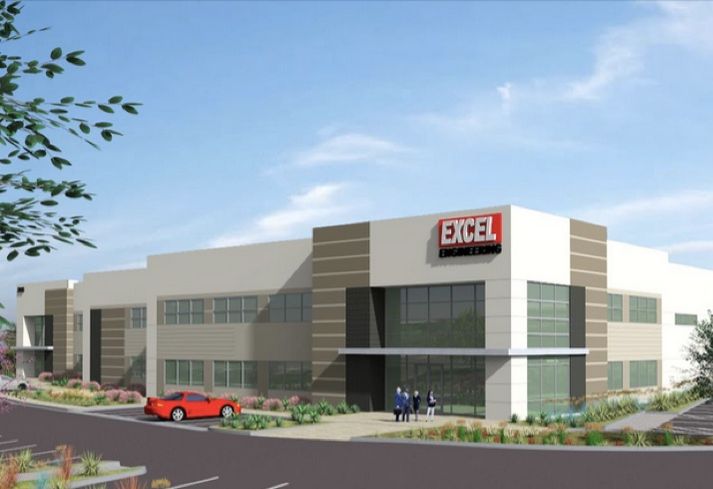 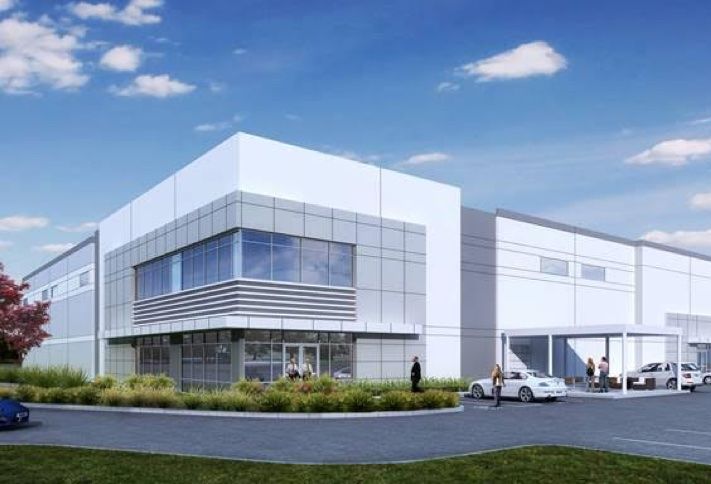 While there is a significant amount of development under construction or planned, North County is running out of room to grow, Ted says. He says there are still about 25 acres available for industrial development in Oceanside and some developable sites on the edges of Vista and Escondido.

While the average asking rate for industrial in North County is $0.80, he says, “The interesting thing is users moved to Carlsbad for cheaper rents, but projects like RAF Pacifica’s are achieving higher rental rates than Poway.” The Poway/Central Market has the lowest industrial vacancy in the region at 1.7% and  asking rents of $0.95/SF - $1.20/SF. 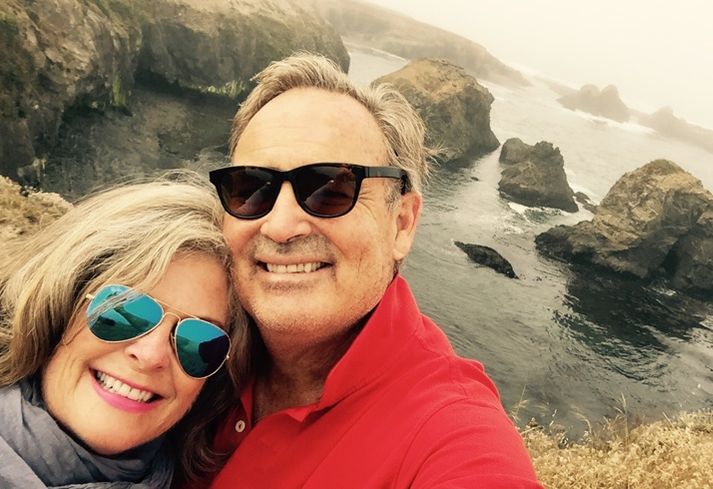 There’s no land available for industrial development in the Central San Diego submarket, except in East Poway, Ted notes.

South County’s industrial submarket, which includes Chula Vista and Otay Mesa, has always lagged behind the rest of the county, says Colliers SVP Chris Holder (above with his wife, Sarah). This is now the second-most-active industrial submarket in the county, he tells Bisnow, saying cross-border activity picked up over the last couple of years, causing vacancy to drop to 5.2% in Q3 2016, down from 6.6% a year ago. 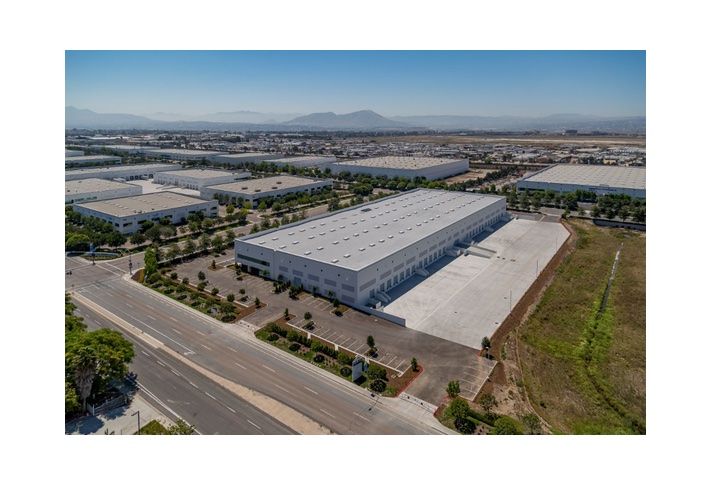 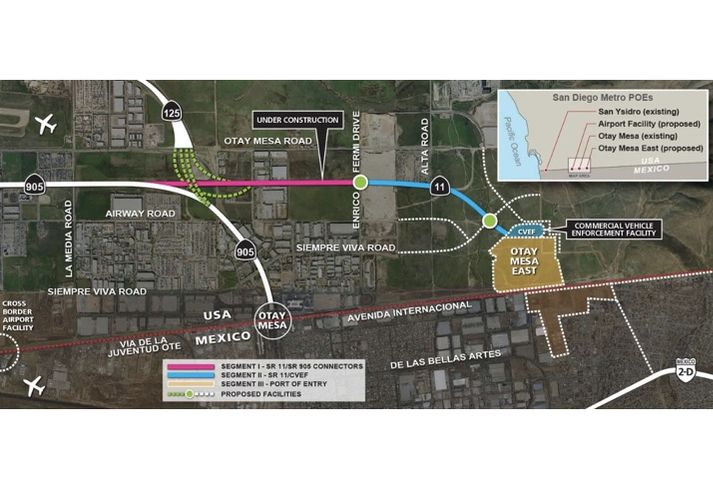 Chris expects more projects to get underway as there’s still quite a bit of land available in Otay Mesa. Also, the second commercial border crossing, Otay II, is expected to open in 2020. This $49M project and other infrastructure improvements in Otay Mesa will spur further development and improve traffic at the world’s busiest border crossing. Shown above is a map of the new SR11/Otay II East Port of Entry.

He says, for instance, Kearny Real Estate Co owns 311 acres on the border, including land that will be dedicated for the new commercial border crossing, Otay II. 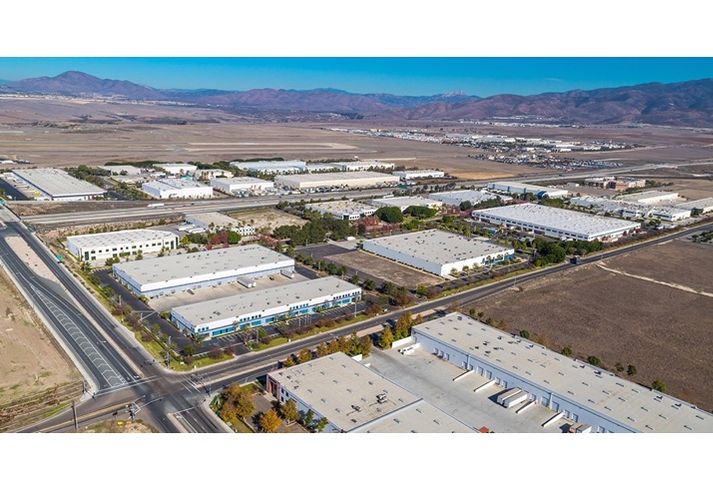 Murphy Development also is planning to build 1M SF of Class-A industrial space at Brown Field Business Park, a 50-acre master planned corporate industrial development the company owns in Otay Mesa. This corporate business park, entitled for more than 3.2M SF, is at the Britannia Boulevard diamond interchange on the new SR-905 freeway and across the street from the city-owned Brown Field Airport.

Additionally, six significant leases were signed in Q3 2016, with a total of nearly 457k SF, and six properties with a total value of about $114M traded hands.