The Ins And Outs of Investing In Mexico

The State of Baja California enjoys a unique connection with US businesses, compared to other US-Mexico adjacent states. Due to its geographic isolation from the rest of Mexico, its economy and culture have become integrated with the San Diego region. 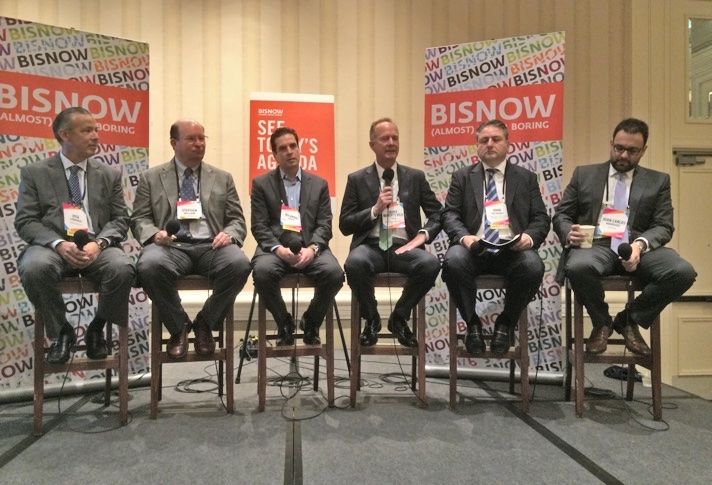 From a real estate standpoint, Tijuana’s manufacturing industry has evolved from the “TV capital of the world”’ to high value-add processes, Juan Carlos said. The type of manufacturing in Tijuana, which includes aerospace and medical device manufacturing, requires medium- to long-term planning and usually involves heavy investment on the tenant side, he said.

“Obviously this creates long-term certainty,” he continued. “Actually when you’re looking to own the type of real estate you find in a distribution market like Mexico City vs. Tijuana, there’s more staying power, more barriers to entry in Tijuana." Tenants occupying buildings make substantial investments in their facilities over decades.

“That’s not the case in any other industries in Mexico," Juan Carlos said, "and this is how I think Tijuana is different from all other industrial markets in the country.” He pointed out Mexico City is an automotive market, while Tijuana is a more liquid market. “I would think this makes Tijuana a more attractive real estate market,” he said. 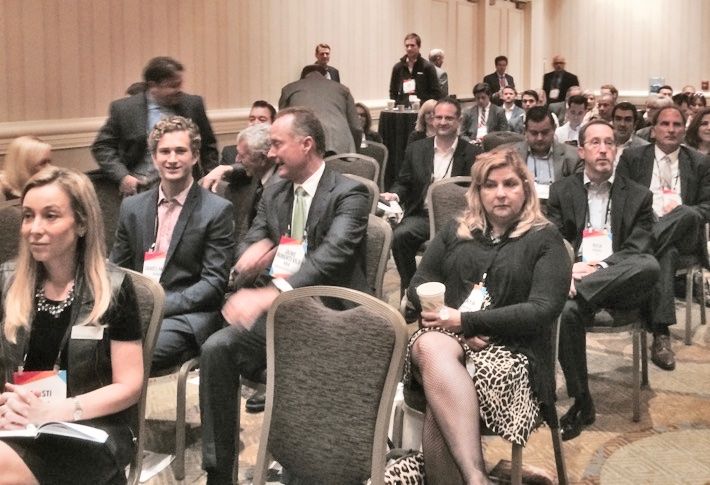 John asked San Diego-based Paragon Real Estate Investments co-founder Ricardo Jinich about the prospects for working across the border and infrastructure in the Cali-Baja region.

Ricardo said during the last 10 to 15 years, many infrastructure improvements have been completed that are fantastic for the region. On the US side of the border, Ricardo said Otay Mesa’s 905 and 125 toll roads were completed and $700M in improvements were made to the San Ysidro border crossing.

Not a single truck crosses the border in San Ysidro, Ricardo said. Instead all trucks associated with trade cross at the Otay Mesa crossing, which was saturated from the day it opened in the 1980s. Now there are plans for the Otay II border facility, a 100-acre facility as opposed to the 38 acres at Otay Sentri, which would be a toll facility that guarantees vehicles and pedestrians can cross in 20 minutes or less.

“I think this is the single most important infrastructure project for the Cali-Baja region,” Ricardo said. “We need to build more crossings, and rather than think about preventing people from crossing, we need to facilitate movement across the border.” 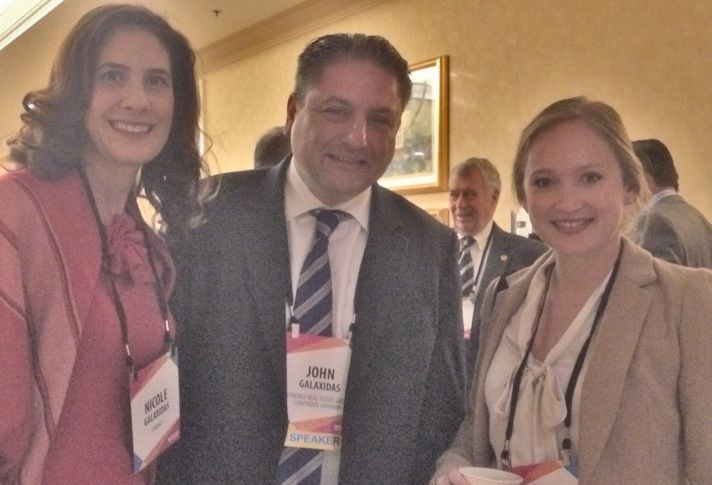 John (snapped here with his wife, Nicole, on left and Sofia Roberts) suggested Mexico may be finally reaching a pivotal moment, where it can overtake China in offshore production. He asked IAMSA Development Group president Jaime Roberts Vildòsola for his perspective on this possibility.

China's import values to the US are 60% higher than Mexico's, Jamie said. Both countries' exports have been growing, but he said it’s impossible to predict if Mexico can ever overtake China.

Jaime said the Trans-Pacific Partnership, which excludes China, offers the US a way to compete with China in the Asian market, but also provides the US and Mexico a common platform to balance trade with China. If that happens, a research study suggested that 50% of companies with operations in China will bring some of their manufacturing back to the US and Mexico, 20% of which will do that over the next two years, he said. 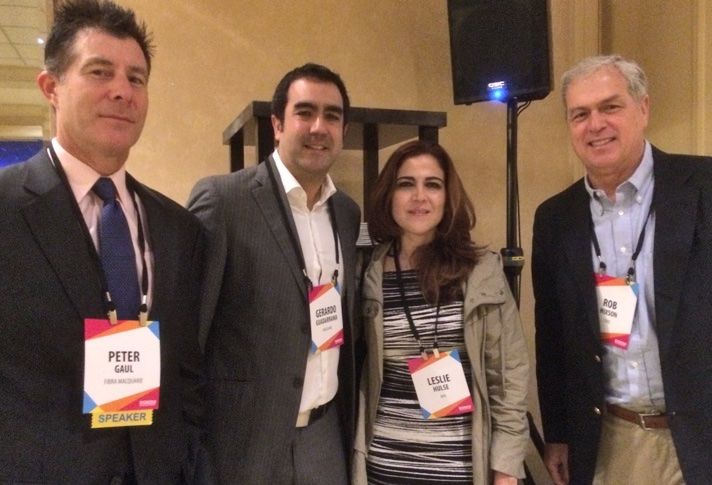 John asked FIBRA Macquarie-Mexico real estate operations head Peter Gaul (pictured here with Gerra Rapo Guadarrama, Leslie Hulse and Rob Hixon), whose company is a publicly traded REIT with 274 assets throughout Mexico, where the development hotspots are in the north and south.

Peter said his company has a presence in both regions, and they’re very different development markets. The Bajío industrial region of North-Central Mexico, which includes parts of the states of Guanajuato, Querétaro, Aguascalientes and Los Altos in Jalisco, is a young emerging market to some degree, he said. The region has specialized Tier 1 facilities, but no Tier II and III factories.

Along the border, those markets are where industrial development in Mexico has been and will continue to be, Peter said. "I think the Bajío is a hotspot certainly. There’s a lot of investment flowing there, there’s a lot of development opportunities there.

“What we’ve found is it’s a bit easier to participate in the northern market, and that has to do with the risk profile of some of the development opportunities in the Bajío and whether or not, as an organization, you are prepared to take on a land position and carry that,” Peter added. “That’s not necessarily something FIBRA is equipped to do.”

Jaime also said the Bajío is a hub of Tier 1 automotive plants, with German, Japanese and US car manufacturers all in this region, while Baja is more of a Tier II and III market, with manufacturing of parts for industries like aerospace, medical devices and electronics.

Additionally, SENTRE Partners-VESTA managing principal Stephen Williams pointed out one advantage the Bajío has over Baja is it is served by two rail systems. "The Tier 1 big boys need rail," he stressed, noting lack of rail transportation is major hindrance to attracting investment to Baja.

Stephen advised the Cali-Baja state to reactivate its abandoned Baja rail line, which hasn't operated much over the last 30 to 40 years, to connect with the Union Pacific in the Imperial Valley. He said Baja could attract much more US investment if it had rail transportation. 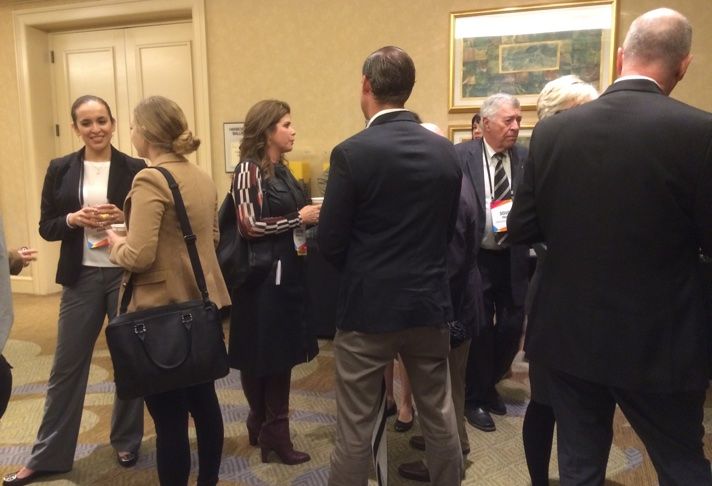 Jose said Mexico’s legal system is simple to understand because it has legal entities similar to the US, like LLCs and REITs. Mexico also is very flexible from a tax perspective, he added, providing a series of incentives that work in favor of pension funds investing in real estate activities in Mexico, which essentially exempts them from leases.

“So Mexico is a very friendly environment to work with from a corporate standpoint,” he said. Generally, you can straight out own property in Mexico and use mechanisms that work very well with US, Canadian and European nations. Mexico has many tax and investment treaties that provide advantages when investing in Mexico, Jose added.

Jose noted foreigners cannot directly own property if it's less than 100 km from the border or less than 50 km from the coast, which is essentially all of Baja.

They can invest in these restricted zones, but must set a real estate trust. Companies also can form a Mexican company and invest directly through that company. 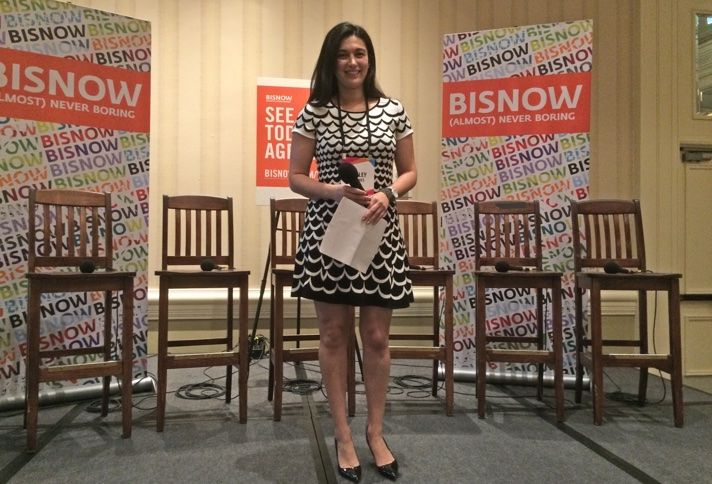 One huge challenge for companies seeking industrial space or building sites in Mexico is accurate information about what’s available, Juan said. There’s no MLS or LoopNet where brokers can share listings or monitor what’s happening in various markets. “This really is an inhibitor to investing in Mexico,” he stressed, pointing out corporations like certainty and want to know what to expect if they invest money in a certain market.