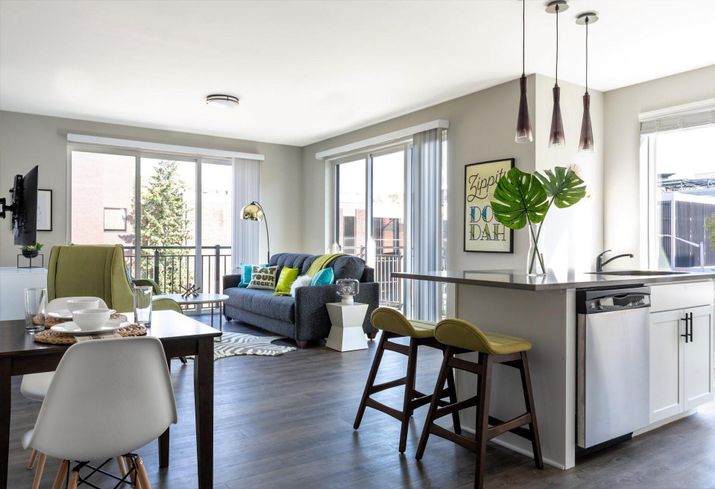 Turning apartments into furnished short-term stay units has long been an eleventh-hour move — a developer’s “Hail Mary” when units are not leasing at the anticipated rate. But the presence of nationwide short-term operators means leasing out part of a building as furnished rental units is looking less like a last resort and more like a common sense financial decision.

As the practice becomes more commonplace, multifamily developers are working with short-term rental operators earlier in the development process. Planning for a partnership with a rental operator allows developers to make design choices and financial moves that can bring in millions of dollars over a building’s lifetime.

“The earlier we come into the process, the more we can help,” said Jordan Allen, CEO of Stay Alfred, one of a few operators that have expanded nationwide in the last few years. “We’re signing 15-year leases here — we really want to be a partner through the entire life cycle of a building from pre-construction to lease-up and beyond.”

A new generation of leisure and business travelers are demanding units that offer hotel-level service and amenities while feeling a little more like home. Innovative companies like Stay Alfred and WhyHotel are serving this trend by furnishing units in new multifamily buildings and offering them as corporate or vacation rentals.

A healthy lease-up for a multifamily building of 100 units typically takes between eight and 15 months, Allen said. But leasing a portion of those units to Stay Alfred starting on opening day can mean that a building is fully leased in a few months, eliminating vacancy loss on those units instantly.

Leasing with a short-term operator also jump-starts cash flow at a critical financial juncture. Having a steady influx of cash as lease-up begins can help developers quickly pay off high-interest construction loans and return equity to investors, letting them shift toward lower-interest financing.

But when developers bring a short-term operator into the equation during the design and planning process, the financial gains can be even stronger. 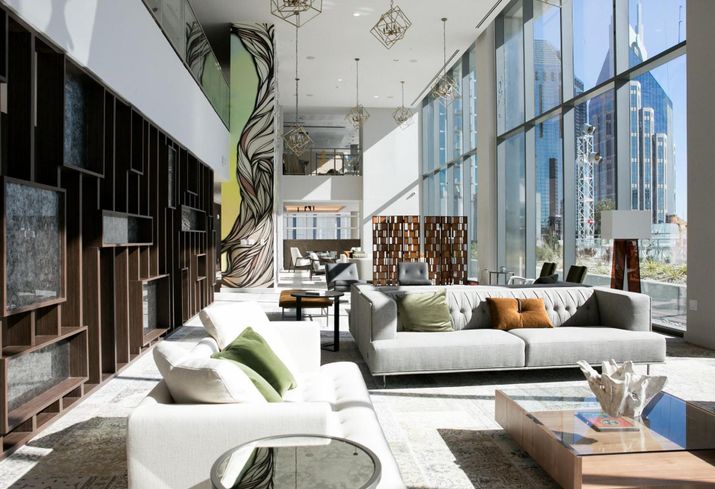 “Travelers want a rental that feels like an apartment, but they may not need the space to spread out that a long-term tenant might,” Allen said. “We can work with developers to design the ideal room layout that gives them the most rentable area, and make sure we’re giving travelers what they want.”

Allen added that Stay Alfred can advise developers on layouts, finishes and amenities that make the most sense for short-term guests: hard surface flooring is preferable to carpet, he said, and when short-term rentals are operating at scale in a building, it is ideal to add a separate guest building entrance and lobby with luggage storage.

Despite the clear financial benefits of partnering with a company like Stay Alfred, Allen said many developers remain skeptical of working with them simply because it is not how things are typically done.

“It can be very scary,” Allen said. “If a developer has been working in multifamily for 50 years and offering the same yearlong leases to everyone, now all of a sudden an operator is renting half a building on a 15-year lease, they may wonder ‘what is this going to do to my building?’”

But this sort of thinking could soon fade away. Allen believes coworking platforms like WeWork have helped developers come around to the idea of leasing out huge swaths of space to single tenants. The difference, he said, is on the supply side: while many floors of office space may be left empty well into an office building’s life, similar vacancies in multifamily buildings are rare except at lease-up.

Operating in 32 U.S. cities, Stay Alfred has hosted a half million guests. Allen expects that number to grow to over 1 million by the end of 2019. Unlike the corporate rental companies of the past, which were typical mom-and-pop shops with only a handful of units in one city, Stay Alfred now has a model and technology that is viable nationwide.

“Our model is the future for multifamily,” Allen said. “We’re challenging what the highest and best use of these kind of assets are. In 10 years, this concept will be in every downtown core multifamily development.”

This feature was produced in collaboration between Bisnow Branded Content and Stay Alfred. Bisnow news staff was not involved in the production of this content.

Stay Alfred
Founded in 2011, Stay Alfred pioneered the concept of the travel apartment and is a leader in the alternative accommodations space. Stay Alfred leases and manages high-end travel apartments in core downtown neighborhoods, leveraging our operational excellence, superior legal expertise and technology enabled hospitality platform. The result: Higher NOI and faster absorption for our partners, and a great stay for our guests.
Confirmed! You are subscribed to the Bisnow Portland E-Newsletter.
Bisnow Portland Newsletter
Bisnow Portland Newsletter