Being Different From Amazon, Not Competing, May Be Key To Retail Success

Amazon’s influence is felt in every sector of real estate, but none more profoundly than retail. The market is in the midst of a yearslong cataclysm with very few safe bets. 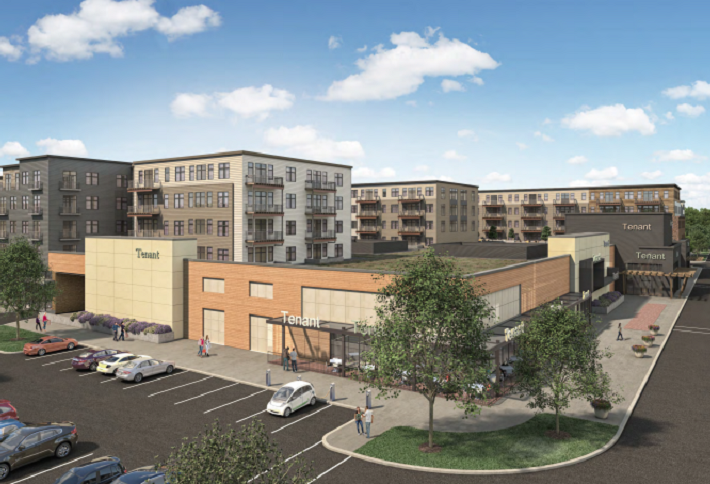 With people able to shop for so much without ever leaving their home, retailers now focus on producing experiences that cannot be replicated at home, or competing with the internet on the grounds of convenience or price. Food, whether at grocery stores or in restaurants, remains the most reliable way to do this, and Amazon has noticed.

The e-commerce giant’s purchase of Whole Foods signifies not just a concession to the irreplaceability of grocery stores and an expansion into that world, but an expansion into a different demographic: baby boomers, especially affluent ones.

“[Amazon] can get to people with money through brick-and-mortar retail,” BET Investments President Michael Markman said. “That’s going to be their focus with baby boomers, because they’ve largely been supported by more computer-literate populations.”

Retailers have fretted over Amazon for years, and the Whole Foods deal ramped up tensions even more. Markman said “almost every retailer took note of the acquisition, so they’re all trying to redo their strategies,” which has only dampened the market for retail landlords further.

“The leasing has been challenging because of the Amazon and Whole Foods deal and the way everyone is viewing Amazon at this point,” he said.

Though the acquisition made waves, other retailers had not yet come up with a silver bullet against e-commerce even before — and the lack of ideas has been surprising to some.

“As far as following [Amazon’s] technology and the pricing model, I don’t know who’s been focused on it,” Markman said.

One exception is Walmart, which has long used its massive size and deep pockets to trade lower prices for increased market share, just like Amazon. It has made headway into supply chain efficiency and online ordering to the point where its prices have nearly matched its internet-based rival.

“I think the fact that now, Walmart is close to pricing with Amazon and presents more a threat, that’s evidence that the pendulum has already gone all the way toward Amazon and is swinging back the other way a little bit,” Markman said. 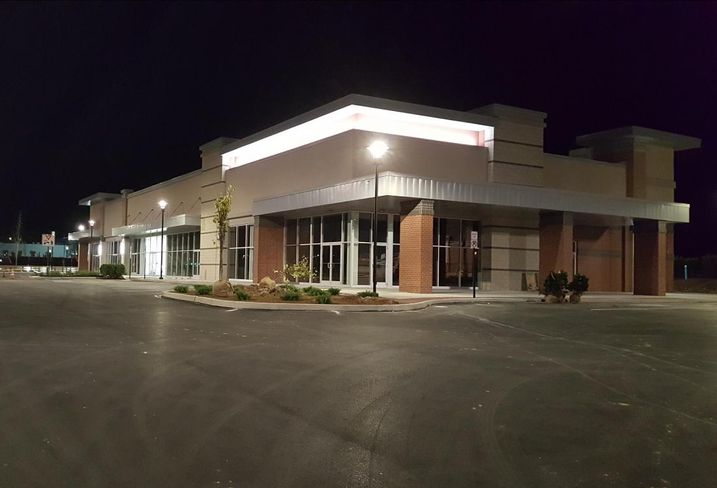 Walmart even introduced the concept of entering homes for deliveries when residents are away a month before Amazon debuted its Amazon Key smartlock program.

For companies whose revenues do not surpass entire nations’ gross domestic products, keeping up with Amazon may be unrealistic, so setting themselves apart may be the way to go.

TJX Cos., which owns T.J. Maxx, Marshalls and HomeGoods, has excelled in this manner. With rapidly changing and discounted inventory, the stores have kept people coming in and established themselves as tenants developers want. Crucially, TJX’s success has given it the ability to expand, unlike so many other retailers either standing pat or rolling back. Five Below, with its five-dollar-and-under pricing model, has seen similar success.

“Everybody watches and follows [TJX and Five Below],” Markman said. “They’re not an internet-related business, and they’ve been on a parallel path to keep their customers through the downturn, through the internet scare.”

BET Investments is redeveloping the Granite Run Mall in Philly suburb Media into The Promenade at Granite Run, with 870K SF of retail set to open in the fall of 2018 and 192 apartments set to deliver in early 2019. In addition to restaurants and a bowling alley/movie theater/restaurant concept, called Cinebowl & Grille by Frank Theatres, the retail portion will focus on discount stores, and it is already 86% leased.

“You take the retailers that happen to be expanding at the time, and there’s a discount apparel focus from the ones that are expanding,” Markman said.

While upscale brick-and-mortar retailers like Nordstrom and Neiman Marcus have been hurt considerably more than discounters — “The one-percenters don’t care about price as much, but even they are being more discerning,” Markman said — upscale groceries like Whole Foods and Sprouts, soon to occupy the Lincoln Square rail shed, have remained strong anchors for shopping centers and mixed-use developments. 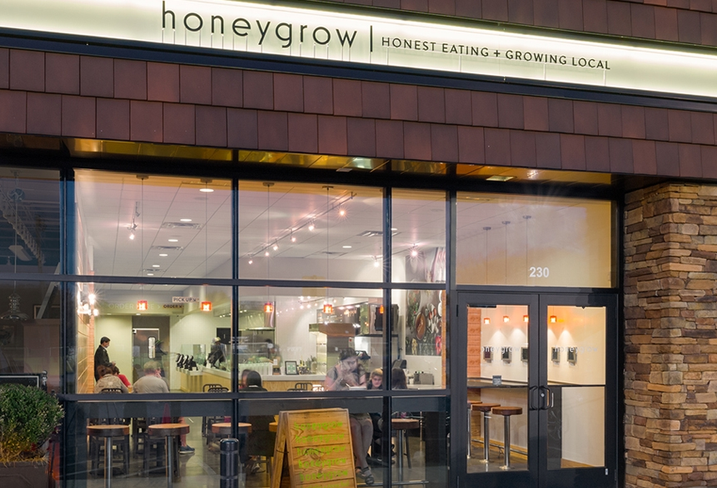 Restaurants are taking increasing amounts of space in shopping centers as well, especially ones that manage to take upscale concepts and put them in more welcoming, casual environments, like honeygrow. The Philly-based chain has expanded into Washington, D.C, Chicago, and as of Monday, Manhattan. It offers stir-fries and salads with touch-screen ordering. (Manhattan is home to honeygrow's first Minigrow location, with assembly-line-style ordering in place of touch screens.)

While it may seem like a grab-and-go lunch spot for urban professionals, honeygrow founder and CEO Justin Rosenberg claims the chain’s revenue is split 50-50 between lunch and dinner. He said suburban, car-based locations in Cherry Hill and Bala Cynwyd are operated and perform exactly like those in Center City.

“Visibility is critical, but we really are a mix when it comes to our spots,” Rosenberg said.

Like in BET’s mixed-use developments in Granite Run and the upcoming Promenade in Upper Dublin, retail is increasingly dependent on proximity to people, either where they live or work. The exchange works both ways, with residential and office developers seeing ground-floor retail as all but mandatory as an amenity to make the building more vibrant.

Outside of shopping centers, restaurants dominate the retail landscape even more as one experience that remains impossible for e-commerce to replicate. The challenge for chains like honeygrow is establishing themselves as a brand trustworthy and unique enough to be a draw.

“So many buildings are putting in food uses on their ground floors,” Rosenberg said. “And that concerns me as a food user, because you need to have something that stands out.”

With Amazon unwilling to slow down toward its goal of world domination, competing has not yet seemed realistic to retailers. That means standing out is of utmost importance in retail, now more than ever.