PREIT At A Crossroads As It Opens Fashion District Philadelphia 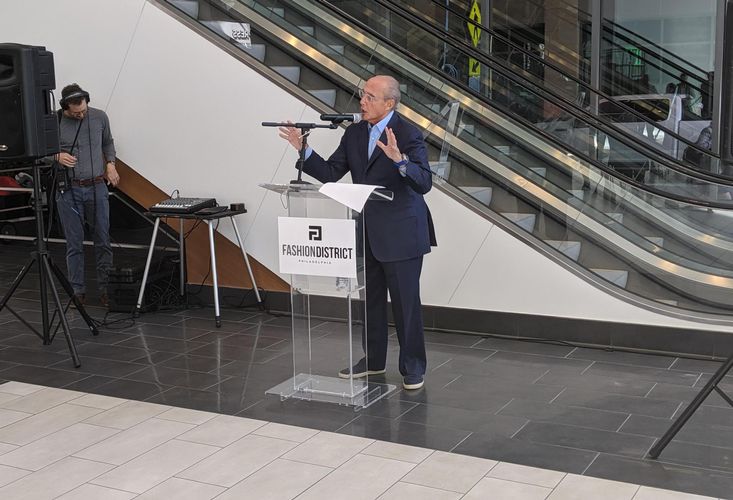 As it prepares to open the doors to its signature project, PREIT is a company at a crossroads.

The retail REIT held a preview event Tuesday for press at Fashion District Philadelphia, its redevelopment of the former Gallery Mall in Center City that CEO Joe Coradino said was 16 years in the making. The project is a joint venture with Macerich, another retail REIT.

The 800K SF Fashion District will open to the public Thursday, over a year later than PREIT initially projected. Over those 12 interceding months, PREIT's stock lost half of its value, the nadir of a four-year slide from its 2015 peak. 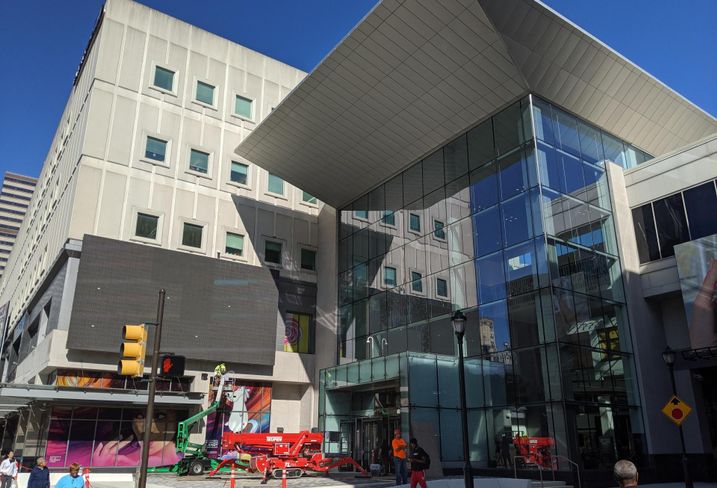 PREIT knew coming into 2019 that it was entering choppy waters, with Chief Financial Officer Bob McCadden calling it a "trough" year that would precede a 2020 rebound for the REIT.

Fashion District is PREIT's biggest hope that McCadden's prediction will prove true, but he won't be around to see it: A day before the press event, PREIT announced it would be parting ways with its CFO at the end of the year. McCadden was officially terminated without cause, according to Securities and Exchange Commission filings, but Coradino told Bisnow Tuesday that the split was "amicable."

“Bob’s a friend,” Coradino said. "I spent more time with Bob in various cities over the past seven years… We were basically joined at the hip.”

Coradino acknowledged that PREIT's performance played a factor in McCadden's exit, saying of the past year, “It did get rough.” 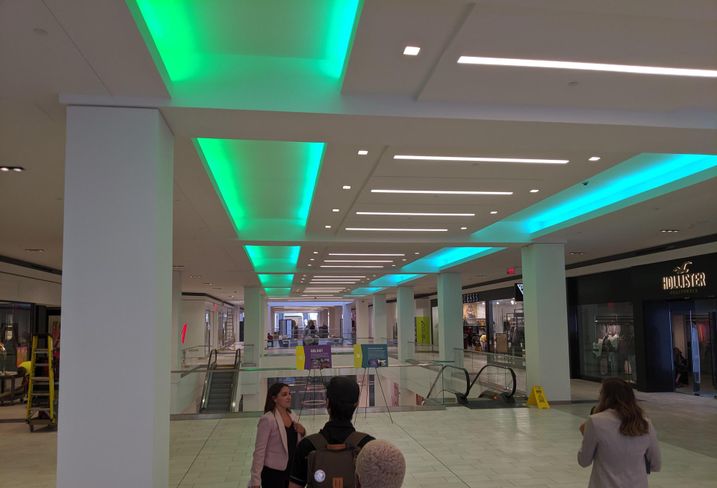 Some analysts are now predicting that Fashion District, along with some key replacements of former anchor spaces finally coming online, will turn PREIT's fortune around. In previous earnings calls, Coradino has told investors that his company's future is bright thanks to the proactive steps it has taken to adjust to the new retail landscape.

Fashion District is not PREIT's largest mall — both Cherry Hill Mall and Willow Grove Mall in Philly's western suburbs are around 1.2M SF — but it is the most important, Coradino has acknowledged. He told Bisnow he expects 7% returns per year once the mall stabilizes, which he expects will happen in 2020. 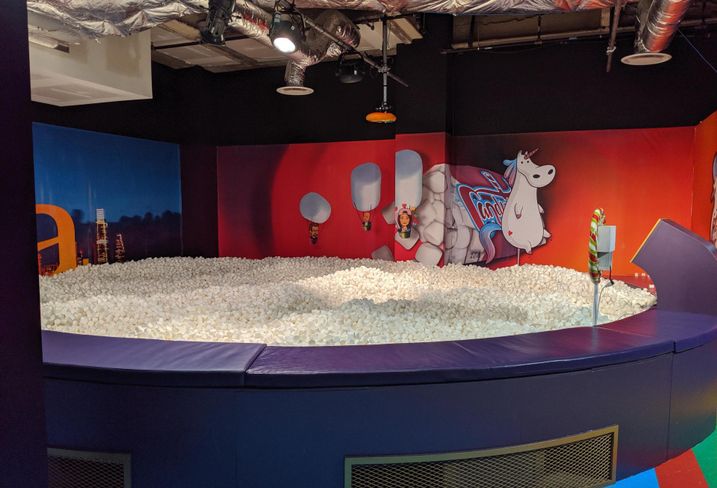 At opening, 60% of Fashion District Philadelphia will be online, including a two-story Nike store, the brand’s first in the city; the two-story winery, eatery and entertainment venue chain City Winery; and a three-story H&M, which PREIT calls a flagship location for the fashion retailer.

The basement level (called the Concourse), first and second floors will be stocked with a mix of soft-goods retail, dining options and a couple of unique spaces: Candytopia, a pop-up concept selling candy alongside Instagram-friendly installations like a ball pit filled with fake marshmallows; and REC Philly, a 10K SF coworking space geared toward creatives with recording, visual art and performance capabilities. 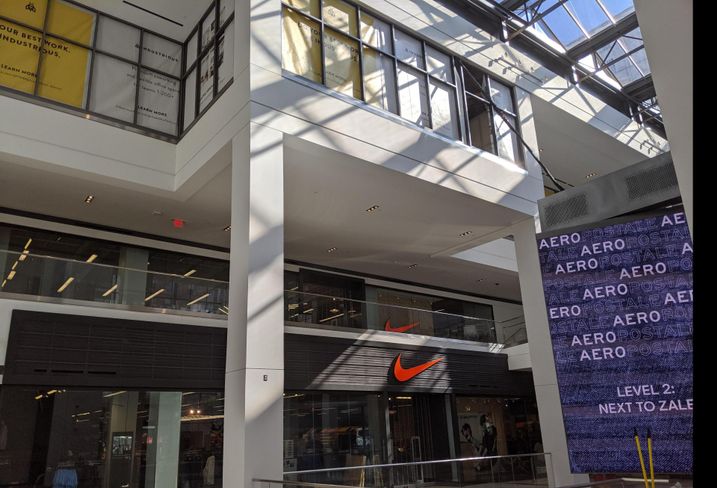 Candytopia will be open from opening day until wintertime, while REC Philly will open a couple of months later. On Nov. 15, the occupants of the entertainment-focused third floor will be live: an eat-and-drink AMC movie theater; a bowling alley/arcade hybrid with karaoke called Round 1; and Wonderspaces, a permanent space for rotating, interactive art exhibits.

PREIT expects Fashion District to be 80% online by spring 2020, with a 47K SF Industrious coworking space and a DSW expected to be among the third wave of openings. By fall 2020, the last major tenant (as yet unnamed) is slated to open at the western end of the mall. 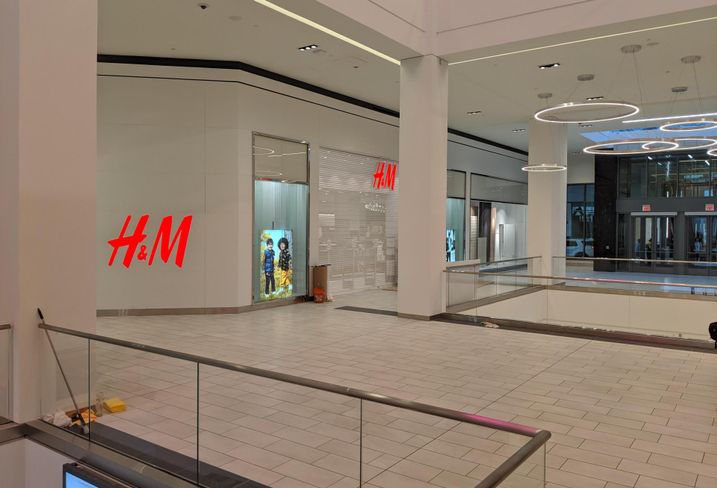 Among the innovations Coradino has touted is the introduction of coworking to the mall ecosystem with local operator 1776 taking space at PREIT's strongest performer, South Jersey's Cherry Hill Mall, in 2018. With Fashion District, PREIT is doubling down on the concept with two operators, though Industrious and REC Philly are wildly different in execution.

REC Philly was the first of the two operators to sign on with Fashion District, but co-founder Dave Silver told Bisnow he was far from bothered when he heard Industrious was joining him with a space nearly five times as large.

“It brings in more business people, and we work with business people plenty,” Silver said, noting that REC Philly will be be open until 2 a.m. on many weekends. “They have their day job, and maybe they want to cut loose and DJ all night.” 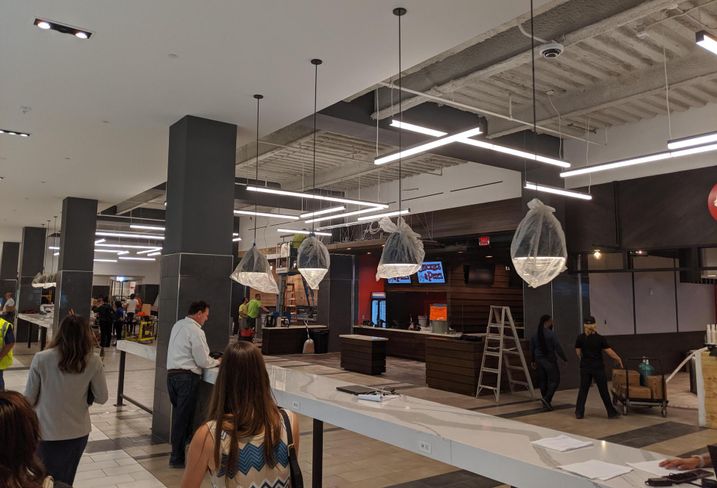 PREIT has taken pains to weave Fashion District into the fiber of Philadelphia with both its retail offerings and its design, with the most obvious example being the mall's 20 entrances. (The Gallery only had three entrances across its three city blocks.) 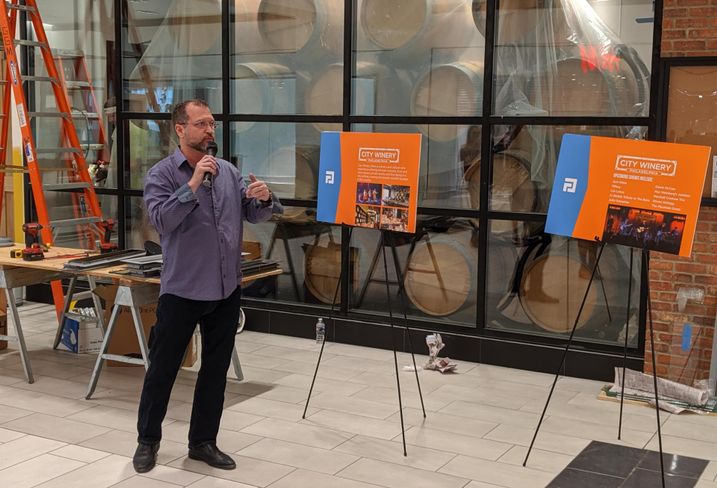 On the concourse level, the REIT worked with nonprofit The Enterprise Center to pick four local small businesses for a 4,647 SF offering called Uniquely Philly. Just to the west of those storefronts is the 6,734 SF Market Eats food court, which includes stands for local staple Chickie and Pete's, national powerhouse Chick-fil-A and others. Aramark is the official tenant operating Market Eats, operating the stands as a licensee of the various brands it features. 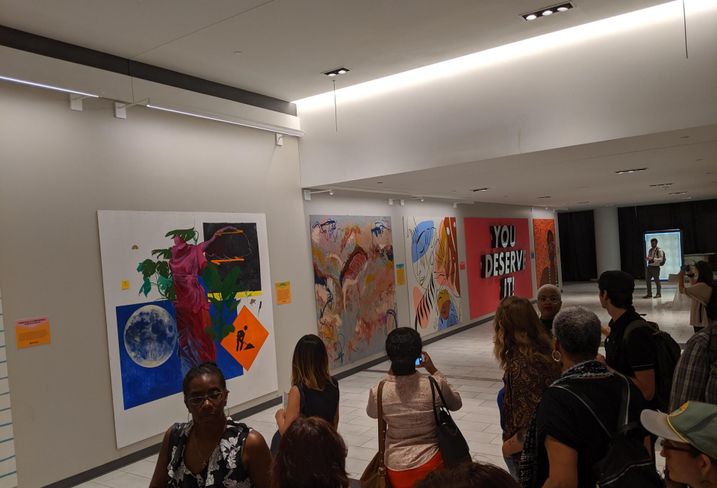 About $1M of PREIT's nearly $420M budget for Fashion District went toward showcasing local artists, including a partnership with Philly's Instagram-famous art curator Conrad Benner of Streets Dept. to adorn the walls with 12 murals. Benner told Bisnow the partnership lasts until the end of the year, with an option to extend it further. 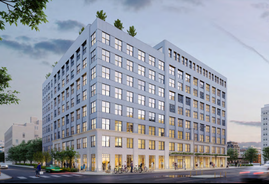 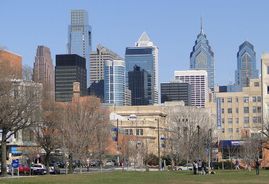 Meet The Team Financing Some Of Philadelphia’s Biggest Projects