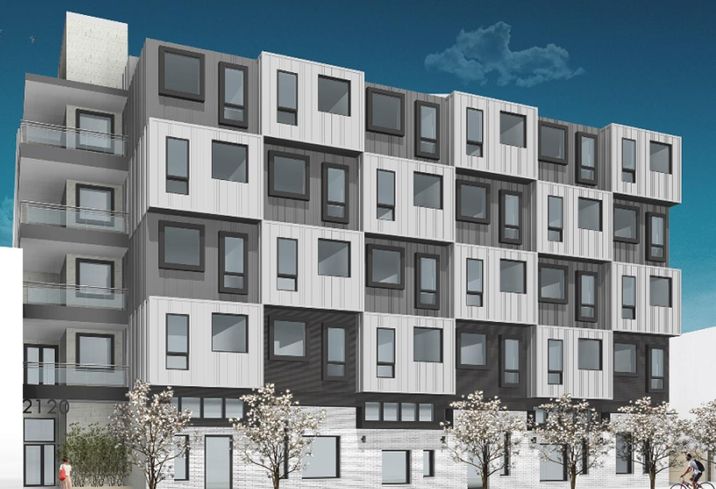 A major institutional investor is making an opportunity zone play in one of Philadelphia's fastest-growing neighborhoods.

PNC Bank Opportunity Zone Fund is investing $8M in a 52K SF apartment building to be developed at 2120 E York St. in Kensington, the Philadelphia Business Journal reports. Civetta Property Group is the developer and part owner of the project, investing $2M of its own capital as equity. PNC Bank is providing $2.5M in debt for the project, according to data from Reonomy.

Civetta purchased the 13,500 SF lot on York in April for $1.2M, or $89/SF, from the owners of the factory that had operated there for decades, but had been vacant for years at the time of purchase. Civetta has demolished the factory in anticipation of its development, the PBJ reports.

When built, the project is slated to contain 57 apartments across four residential floors, with 6K SF of retail on the ground floor. Civetta estimates the cost of construction at $12M, co-founder Michael Tomasetti told the PBJ.

Like much of Kensington, the lot sits within an opportunity zone, but one that was seeing the beginnings of a development boom before the program came into effect. The challenge of developing in Philadelphia's many impoverished neighborhoods means that for now, the bulk of opportunity zone interest in the city has focused on areas already being developed, such as Kensington and the North Broad Street corridor.

CORRECTION, FEB. 21, 3:45 P.M. ET: A previous version of this article misspelled the last name of Civetta Property Gruop co-founder Michael Tomasetti. This article has been updated.