The Comcast Technology Center is open for business, and it could change more about Philadelphia than its skyline. 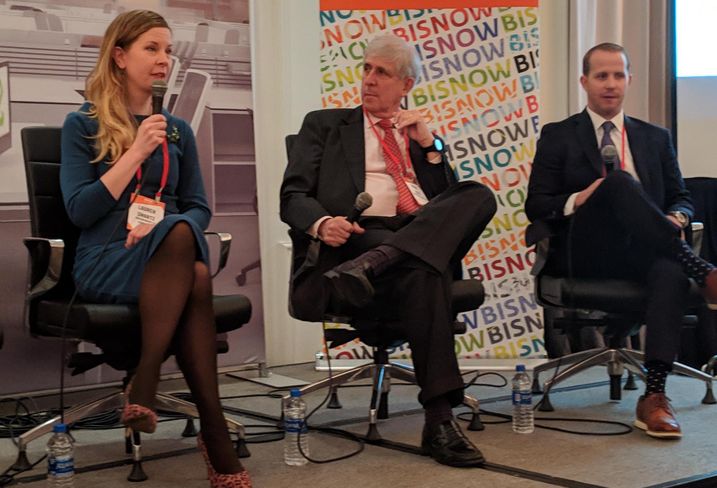 Officially the tallest building in the U.S. outside of New York and Chicago, the CTC was purpose-built for Comcast by Liberty Property Trust, so it had no real effect on the city's overall office real estate market. But it is impossible for an object of that size to be dropped into a city's pool without making some waves.

“A new building like that shows a lot of the potential of trophy-class office in Philadelphia,” JLL Research Director Lauren Gilchrist said at Bisnow's Philadelphia State of Office event Jan. 24.

Although the heart of Philadelphia's economy is still with the educational and medical institutions that lead employment figures and innovation across the city, Comcast has entrenched itself as the city's signature company. With the "T" in CTC, the company also hopes to have more influence on tech and innovation as Philly increasingly foregrounds those elements in pitches to potential new employers and investors.

In her position as Philadelphia Department of Commerce deputy director, Lauren Swartz is tasked with meeting and recruiting businesses from out of state and even overseas to consider opening offices and investing in Philadelphia. Since the CTC opened, the expansive public lobby that drew glowing praise from Philadelphia Inquirer architecture critic Inga Saffron has become an important stop on tours Swartz leads. 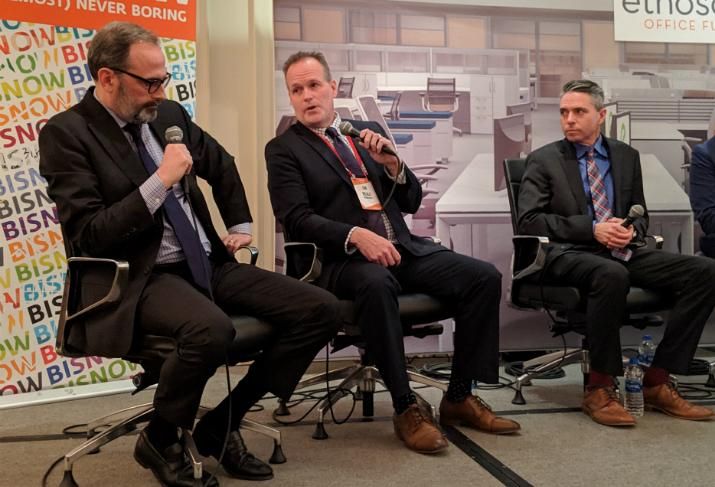 “I bring businesses there to talk about office development in the city, [Comcast] and what it does,” Swartz said. “From an attraction standpoint, the more buildings we have like that, the more shiny things in the sky, the more it makes Philly feel like a place of prominence.”

In contrast to New York or Chicago, Center City Philadelphia has only four glassy skyscrapers, which makes each one stand out. Below those four — Comcast's two buildings and One and Two Liberty Place — is a downtown filled with 1970sd vintage office buildings that are almost off-putting to a business or investor visiting from overseas.

Recent investors such as Nightingale Properties at Centre Square have worked hard to update the insides of such buildings and had leasing success, but work like that doesn't impress the visitors Swartz brings into town.

“[Smart buildings] are normal to the outside investors, and Philly looks so old-school in comparison," Swartz said. "The old-looking buildings on the outside, they expect to look nicer and modern on the inside ... When we’re not able to deliver at the level of the market they’re coming from, it affects the whole city in terms of business attraction and retention from the U.S. and the world.”

While Philadelphia's slow-and-steady growth has insulated it from economic downturns in the past, it has also meant that the improvement to its building stock has been, well, slow and steady. Nightingale Vice President Brenton Hutchinson said that adding amenities to projects like Centre Square is "more of a 'checking the boxes' sort of thing." 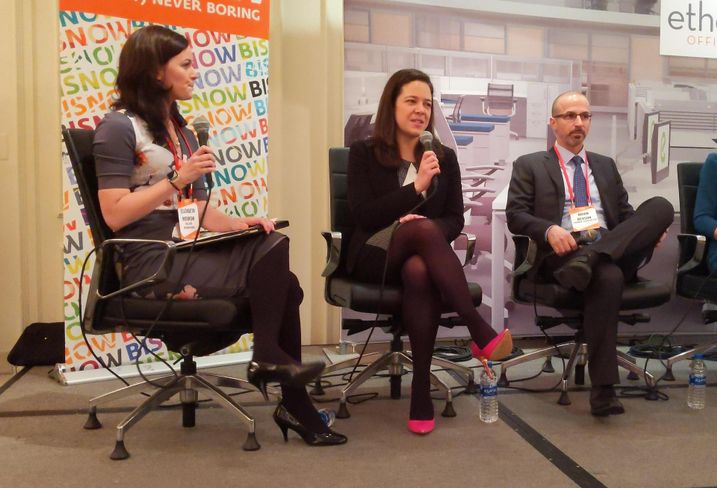 As impressive as the Comcast Technology Center is, Parkway Corp. Vice President Brian Berson wondered if it went far enough to truly drive the city forward in terms of innovation.

"If Comcast hired Google and not Norman Foster [as architect], how high-tech could the building get?" Berson asked. "I challenge everyone in this industry to try to figure that out. We talk about smart buildings, but a lot of that technology is 10 years old.”

Even so, the CTC is a needed counterpoint to Philly's dated narrative, and one that stands out particularly because new construction is so cost-prohibitive. The average office rent in Philadelphia is at an all-time high, but it is still nearly $20/SF below the estimated rent required to justify a new, build-to-suit project, Gilchrist said. But the gleaming tower could provide incremental gains on that front.

“[New construction like] the CTC tends to scare tenants a bit, and it has kind of dragged Class-B and those sorts of rents up a little bit,” Gilchrist said. “It’s a market-setting project.”

There is even an outside chance that by the time the next development cycle starts up, some new construction may even be justifiable in the immediate area. Parkway Corp. is marketing several of its Center City parking lots as development opportunities, and Berson sees the potential through the interest of potential buyers.

“[The CTC] cements the westward gravitational pull on Market St., bookended by Aramark['s new headquarters] at 2400 Market St." Berson said. "So for our properties in West Market, our phones are ringing off the hook.”

Though Comcast as a company doesn't carry much name recognition overseas, Swartz said, a giant tower with "technology" in the name sends a message everyone can understand. A growing number of international tech firms are coming to Philadelphia, Swartz said, starting with small groups taking space in coworking offices. Comcast has a tech "accelerator" within the CTC that already boasts some international members.

Comcast has also been reaching out to local tech firms in coworking and incubator spaces around the city, though its ultimate intentions there are unclear, Center City District CEO Paul Levy said.

“We need to watch to see if [Comcast] swallows those firms or helps them grow,” Levy said.

Whether it pertains to fostering growth for smaller businesses in the city or attracting investment from outside, the CTC is not the sole determining factor. But its arrival near the end of this economic cycle makes it an important bellwether for how Philadelphia could perform amid the coming uncertainty.

Capital from outside of the city has been coming to Philly more than ever in the past few years, whether from New York or overseas, as yields flatten in bigger markets like Manhattan or Washington, D.C., Levy said. But without more advancements along the lines of Comcast, or perhaps an overhaul of the city's onerous tax structure, that investment might not be here for long.

“We need to capitalize [on that outside investment], because if after the next downturn, all that capital is back in New York and D.C., that’s a lost opportunity,” Levy said.