Bala Cynwyd's Sleepy Main Drag Is In For A $100M Development 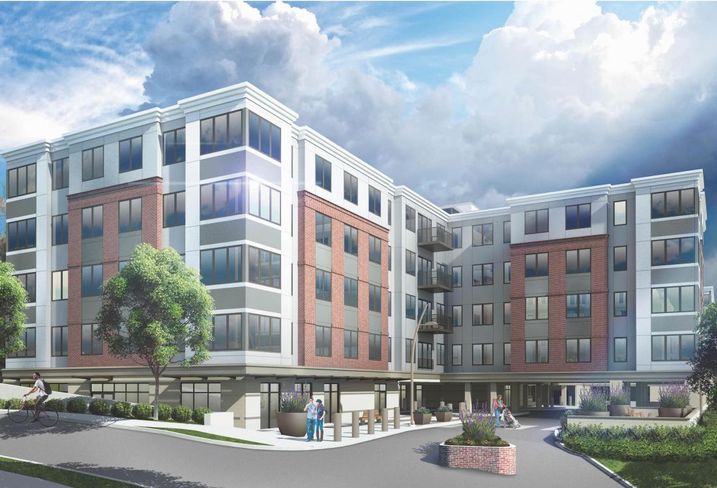 Citing a main drag with a glaring lack of retail and entertainment options, Cross Properties is calling a planned $100M series of developments in Bala Cynwyd a revival within a town already recognized as quite valuable.

Cross’ project is for three buildings within a block’s radius of Bala Avenue, once a bustling retail corridor at the turn of the 20th century, now dotted with two lighting stores, a few salons, empty storefronts and unused theater marquees. The new buildings — 10 Union, 202 Bala and 1 Cynwyd — will be dubbed NoBA and contain a mix of 240 apartments, 20K SF for dining and entertainment and 15K SF of lifestyle amenities.

The project, walking distance from the Bala Cynwyd regional rail stop, is already under construction starting with 10 Union, scheduled to be completed in 2019. All three buildings are fully permitted after a change in the Bala Village area of the Lower Merion Township zoning code and Cross’ steady acquisition of over 20 lots, “some as small as half of one single-family home,” Cross Properties partner Robert Fijan said.

Bala Cynwyd is not the likeliest candidate for a revival storyline, given that its median household income is $105K and its average office asking rents are second only to Conshohocken among Philly’s suburbs, according to a CBRE report.

Beyond that, Post Brothers Apartments’ Presidential City complex is just a stone’s throw away on City Avenue, though technically part of Philadelphia proper.

With Presidential City nearing completion, Post Brothers President Matt Pestronk said the project is 90% leased, with the highest per-SF rents of any project outside Center City. 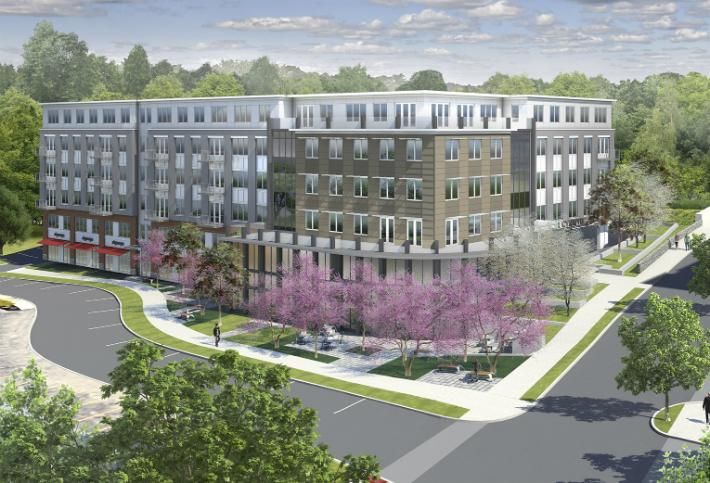 “The particular area [Cross is] entering was under-invested,” Pestronk said. “The challenge anyone had with investing in that area was A) zoning, and B) establishing you could get the kind of rents we could get at Presidential City.”

Despite its fundamentals, Bala indeed lacks a centralized pedestrian drag, like in Conshohocken, West Chester or Ardmore. Cross’ most recent project, The Square in Ardmore’s Suburban Square, is a new-construction, 46-unit building with asking rents of $2,800 per month, comparable to the prices of considerably smaller Center City apartments. Cross will be seeking similar rents at NoBA.

Fijan denied the notion that Presidential City opened the doors for NoBA.

“It has nothing to do with Presidential City — it will be quite a different mix,” Fijan said. “It’s a great project, but ours will be more walkable and theirs is a more traditional residential complex.”

Though the concept of reviving a pedestrian neighborhood long past its halcyon days with high-end apartments and retail carries a whiff of risk, Bala Avenue’s specific combination of wealthy demographics, proximity to transit and the city, and the modest length of its strip make for a sensible bet.

“I think it’s the most desirable location there is, outside of Center City, to invest in the whole region,” Pestronk said. “It’s not about what advantages it has versus other suburbs -- I think the appropriate question is, ‘What do other suburban locations have in comparison to Bala?’”