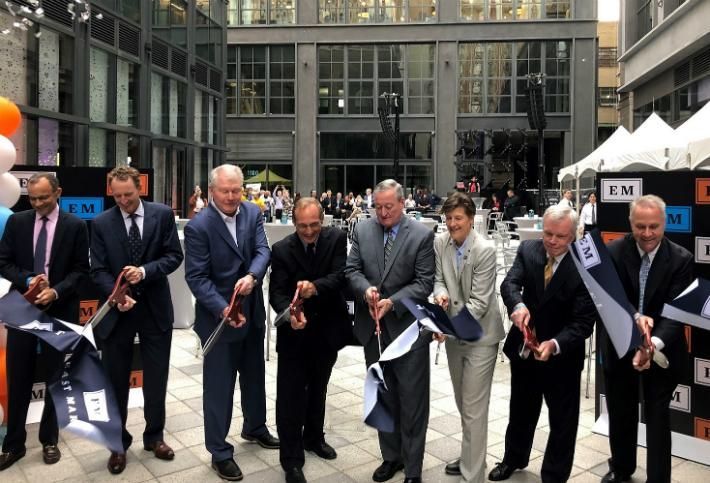 In a ceremony attended by business and community leaders, including Mayor Jim Kenney, National Real Estate Development cut the ribbon on the $400M first phase of its full-block, mixed-use development Nov. 1.

Giving the keynote address, Kenney called East Market “[a] signature investment in one of our city’s most important ongoing projects." National is the primary developer for the project and its umbrella company, National Real Estate Advisors, co-owns it with New York-based Joss Realty Partners and locals SSH Real Estate and Young Capital.

"East Market is helping redefine and enhance the entire district east of City Hall and turn the area into more of a magnet for working, living, and enjoying all of the benefits that our great city has to offer," Kenney said. "We look forward to this project’s next stage, which will create more value and more jobs to benefit the city, our people and our visitors.”

The development's first phase includes two residential towers with 562 apartments between them: the 17-story Ludlow and the 23-story Girard. Sixty of its apartments have been fully furnished for an extended-stay hotel managed by Roost.

CORRECTION, NOV. 6, 12:15 P.M. ET: A previous version of this story misidentified East Market's ownership structure. This story has been updated. 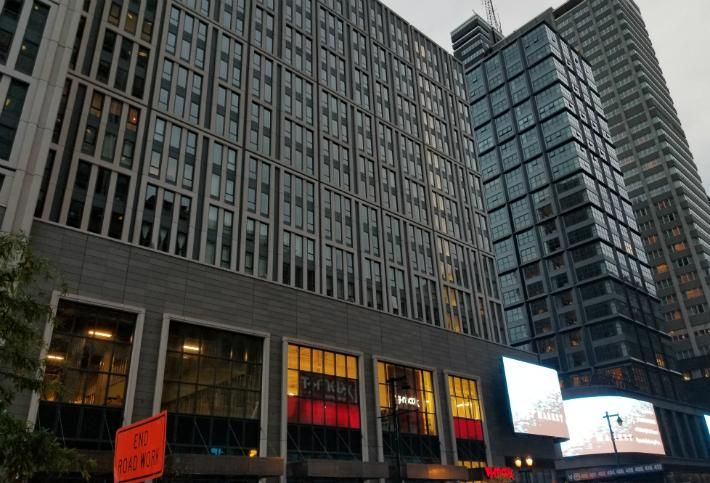 Across Ludlow Street is the 200K SF office building 1100 Ludlow, which gained The Design Center as an anchor tenant after the company moved from 2400 Market (clearing the way for that building to undergo its own transformation).

Stretching from 11th to 12th Street and from Market to Chestnut Street, East Market will contain six buildings at full completion. All three of the completed buildings have sizable retail portions at the base, with tenants such as TJ Maxx, MOM's Organic Grocery, an Iron Hill brewery and the largest branch of local fitness chain City Fitness.

On the Market Street side, the development is fronted by LED billboards, which were once in doubt but were praised by Kenney on Thursday for activating what was once a relatively dead spot in Center City.