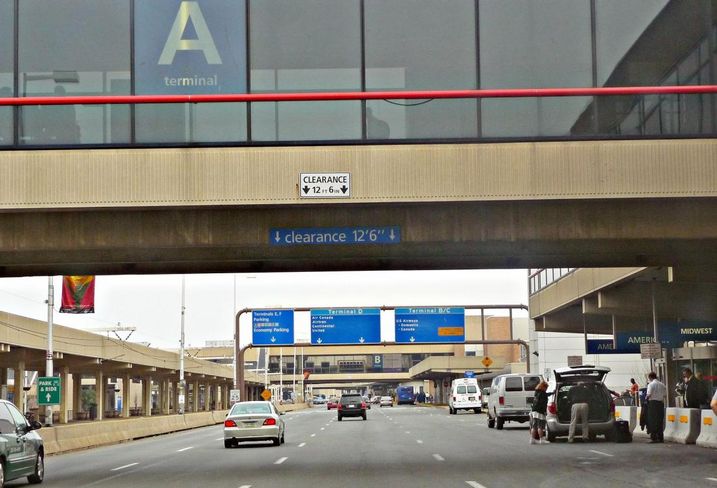 Wikimedia/MyReference
The Terminal A roadway at Philadelphia International Airport

Philadelphia International Airport is trying to get into the red-hot distribution industry.

The city of Philadelphia, which owns the airport, has purchased a 135-acre plot of land owned by Media-based Henderson Group, the Philadelphia Inquirer reports. After years of arguments over the land's value, the city paid the group $54.5M Jan. 19 after settling eminent domain litigation.

Henderson Group has appealed to the Delaware County Court of Common Pleas in an attempt to wring more money from the city over the plot, which is largely undeveloped but for two industrial buildings that have been unoccupied for years. Henderson Group blamed the city's interest in taking the land for its inability to lease the buildings.

PHL plans on converting the land into an air freight distribution center, the likes of which does not exist in the area. Though the airport does own the stretch of land named Cargo City just north of the Henderson tract, virtually no cargo activity takes place there.

The Philadelphia region generates an estimated $50B in air cargo revenue but receives only 9% due to its low capacity for air shipping, according to airport Chief Revenue Officer James Tyrrell. The city's Commerce Department, which manages the airport, wishes to combine a deepened Delaware River port with the new air distribution facility to turn Philly into a central East Coast shipping hub, the Inquirer reports.

The airport hosted a workshop soliciting ideas for developing the newly acquired land for shipping in January, attended by FedEx and Amazon subsidiary Amazon Air, currently based outside of Cincinnati. Though no set plans have been made, the redevelopment will be financed by fees PHL airport charges airlines for using its terminals, the same source of the funds for the purchase.