The industrial sector has been so strong in the past few years that commercial real estate professionals have sounded like a broken record talking about it.

The explosion of e-commerce has necessitated such a dramatic reimagining of every retailer's supply chain that the drivers of demand for warehousing space are self-evident. But within the sector are crucial factors that determine which properties can fetch the highest rents and the best prices in the capital markets.

Panelists at Bisnow's Philadelphia Industrial and Logistics Summit Wednesday at the Westin Philadelphia spoke as much about the challenges in continuing to deliver more logistics space in the region as they did about why the sector is still worth it.

Here are the five biggest reasons tenants and potential investors are willing to pay record-setting prices for warehouses in Greater Philadelphia. 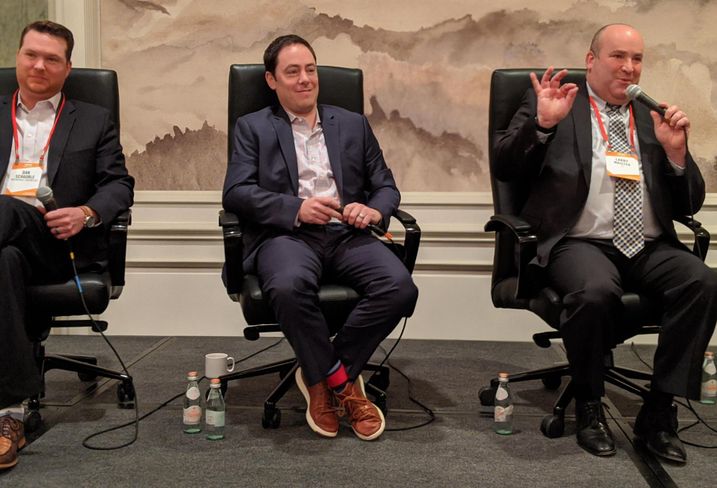 The relentless pressure in retail for supply chains to be more efficient and carry more capacity puts increased pressure on any street or utility grid where a new distribution center lands.

Developers often ask cities and municipalities for assistance in upgrading either power and water delivery or traffic patterns, but in many cases they face a choice between operating within pre-existing, suboptimal systems or paying for work that doesn’t have a direct impact on rent, Duke Realty Vice President of Leasing and Development Scott Henderson said.

As warehouse owners consider how their facilities will be used 10, 20 or 30 years from now, the current pace of expansion promises even greater strain on roadways and resources.

“Bad infrastructure can put a ceiling on new development pretty quickly, and growth is tied down by it,” Henderson said.

Utilities are especially difficult in Central Pennsylvania, where the relatively plentiful and cheap land have attracted larger requirements squeezed out of the Lehigh Valley, MRP Industrial co-founder Reid Townsend said. 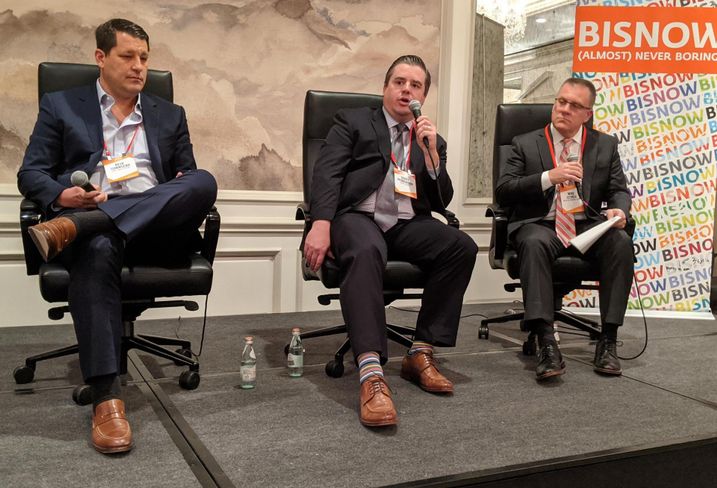 As the supply of land close to population centers has become so limited, retailers and logistics companies are finding themselves with non-industrial neighbors more than ever before. In many cases, those neighbors are resentful, if not outraged, at the imposition of truck traffic and the associated pollution around their homes or businesses.

Philadelphia and its many suburbs each have their own zoning policies, and most of them have some sort of restrictions on industrial uses. For distribution centers specifically, the most common impediments are limitations on volume and the hours in which trucks can operate, JLL Northeast Industrial Region Senior Managing Director Larry Maister said.

Amending or getting exceptions to local zoning means confronting some body of local officials, which can be capricious no matter the community's size.

“It can be a difficult sell, but the same residents that might have opposition to truck traffic also want the convenience of online shopping," Endurance Real Estate co-founder Ben Cohen said. "But it’s still a balance between the convenience and NIMBYism … We don’t really pursue sites that need a change in use or a zoning change for that reason.”

The only infill sites left in the Philadelphia region already zoned for industrial have a manufacturing history, necessitating environmental remediation. Some have been avoiding both by venturing deeper into rural Pennsylvania.

“From a convenience standpoint, it might be a bit more difficult to get the products to consumers, but that’s where you can get the entitlements,” Stevens & Lee attorney Blake Marles said.

But if the site has the right fundamentals, developers know that the time, effort and money it takes to win over the locals has proven to be worth it in this cycle.

Property owners who go through the entitlement process have had no trouble either leasing the resulting building or cashing out to investors hungry for low-effort revenue, panelists said.

"It’s difficult, but once we’ve done it, obviously the capital appetite for an infill development is insatiable," Cohen said. "Capital sources wanted to be a part of the project once we got there.” 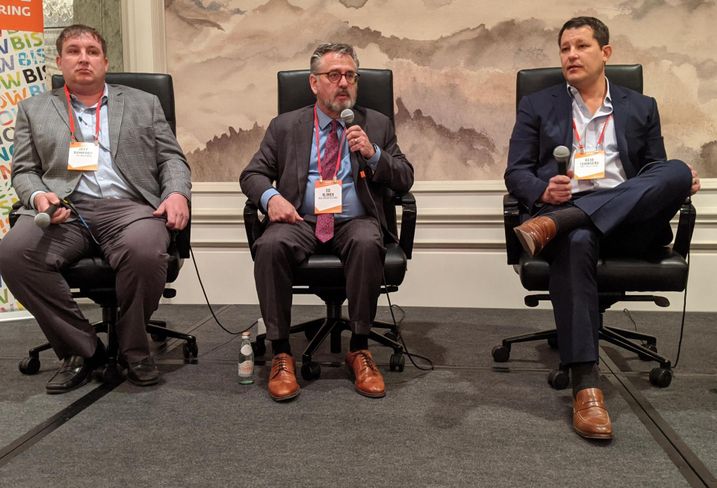 With modern interior design and increased automation, warehouse users can process far more orders in a day than they could even a few years ago. How rapidly those orders can be shipped to consumers depends on the volume of vehicles that can be stored and loaded.

Unlike with office and multifamily properties, industrial real estate's parking requirements are only growing. Since drones aren't a realistic solution anytime soon, more e-commerce means more vehicles, and parking has become just as precious a use of square footage as the warehouse itself.

Last-mile warehouses, which are getting built within Philly city limits, depend less on trucks to deliver packages to customers' doors, but need a higher number of the courier vans favored by many users today to navigate city and suburban streets.

“Some of these users are realizing that massive semi trucks aren’t conducive if you’re trying to sneak a warehouse onto a site that used to be office,” FCL Builders Vice President Jeff Bonfoey said.

Infrastructure and entitlements may drive an industrial property's value for investors, but ample parking can be a more significant driver of rent, according to multiple panelists. 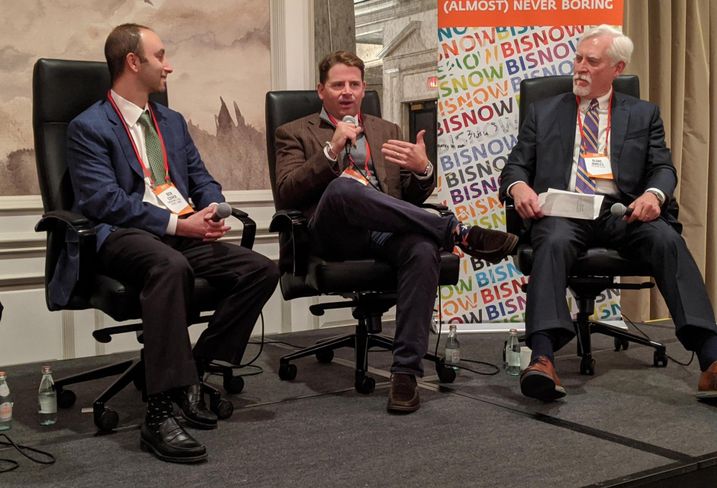 Until automation makes some significant advances, distribution centers will require a deep pool of workers to be viable.

Labor has been a powerful force that has propelled the Lehigh Valley into the rarefied air it occupies today, and it has been held up as a supporting factor in justifying development in Philly proper, panelists said.

“Labor is a reason why we’re going more into population infill and thinking less strictly about our basis,” Townsend said.

Construction labor is a much deeper concern for the industry than warehouse staffing, with multiple panelists speaking of having to import workers from other markets to complete projects on schedule.

“[Labor is] a challenge, and a challenge on a level I haven’t seen in my career,” said Bonfoey, whose Chicago-based construction firm is working on projects in Philly proper and its suburbs. “We have the advantage of being national and moving labor around based on what markets need them.”

Though logistics workers don't require the same level of training as in construction, they also depend much more on the permanent population. Warehouse jobs don't carry the same mystique as industrial jobs did in previous generations, but they still tell a compelling story at zoning meetings in certain areas.

“The reason we’re doing well in distribution centers is that the value of that labor is extraordinary," KSS Architecture partner Ed Klimek said. "Those towns are figuring that these facilities are helping them prevent labor from going elsewhere in [search of work].”

Without enough available labor, a distribution center is dead on arrival. But labor is often a fringe benefit for areas rich in the No. 1 resource on this list. 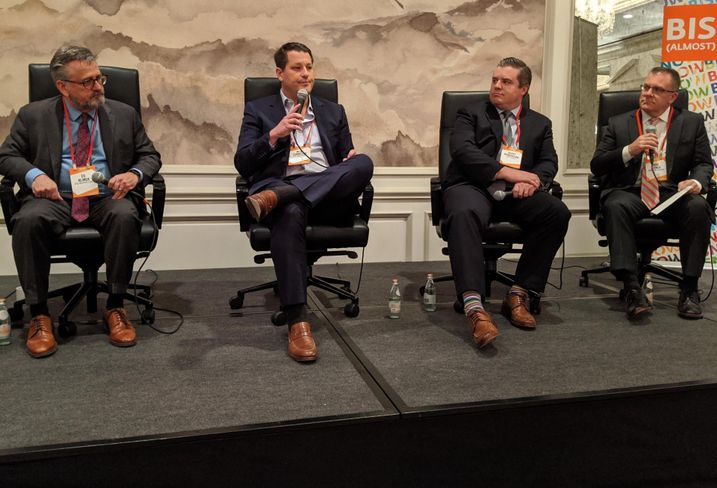 Nothing matters more to companies dealing in e-commerce than the ability to get packages to stores or consumers quickly, and the richest tenants in the market have proved a willingness to pay virtually any premium to get it.

Location is what gives landowners the faith to undertake multi-year environmental remediation projects, which is good, because most experts say contaminated or otherwise complicated land is the only kind left in prime, last-mile real estate.

Location drives developers to pay for utilities and muddle through local zoning laws, and enthusiastically look for more opportunities to do so.

“Every one of us in the room has called a mall operator in the region to ask if they’d like to sell for us to convert their mall to industrial,” Maister said, shouting out MRP Industrial for landing such a deal. "We’re seeing what [Townsend] is doing in South Jersey, and there are a lot of exploratory talks in Central Pennsylvania. Changing from retail to industrial is obviously complex, but their locations are so convenient.”

The emphasis on location also has driven up the value of land in Philly's inner suburbs to the point where some developers don't see going within city limits as such a big leap anymore, multiple panelists agreed.

“If you look at what is happening between all of these regions and you see the rent growth, it absolutely becomes realistic to build and achieve the rents you need to get your target yields," Maister said. "It’s absolutely comparable to what you can find in the surrounding regions.”

At Wednesday's event, only NFI Industries Chief Development Officer Michael Landsburg — the one speaker whose company operates on the tenant side — argued that Philadelphia distribution centers still don't make financial sense. Maister acknowledged that the new urban market hasn't been proven out with leases yet, while arguing that there may be more potential tenants for new warehouses hiding in plain sight.

“Depending on whose statistics you use, there’s about 75M SF of functioning warehouse space [in Philadelphia], and their average age [goes back to] 1958,” Maister said. “So a lot of those buildings are obsolete or verging on obsolete, and their users would obviously like to find more modern space.

“Would they be willing to pay the delta?” Maister asked. “That remains to be seen.”