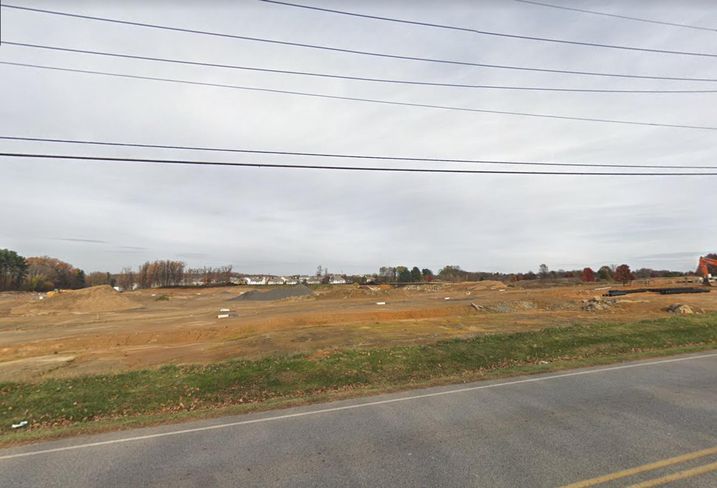 A distribution center big enough for the Lehigh Valley might be coming within Philadelphia city limits.

UPS is considering a 138-acre site in the Bustleton neighborhood of far Northeast Philadelphia for a distribution hub, the Philadelphia Inquirer reports. The shipping giant is one of several companies to express interest in the site, where Commercial Development Co. has plans for a 1.6M SF warehouse complex.

UPS already has over 1M SF of distribution center space in the Lehigh Valley across two locations. From Central to Northeast Pennsylvania, massive regional warehouses able to serve multiple cities, including New York, have kept the region among the global elite of industrial real estate in the past decade. But nothing of the sort has happened in Philadelphia, though UPS operates an air freight center at Philadelphia International Airport.

The site on Red Lion Road was home to the huge former Budd Co. automotive and train part manufacturing plant until it ceased operations in 1987. Since that time, plans for the land have included a golf course and a drug fabrication and distribution center by Teva Pharmaceutical, according to the Inquirer.

The Israel-based company bases its U.S. operations out of suburban Montgomery County and abandoned its plans for the Budd Co. site in 2012. Teva sold the property early last year for $18M to St. Louis-based Commercial Development, a firm specializing in large factory-to-warehouse conversions, the Inquirer reports.

The site sits near Interstate 95 and the Northeast Philadelphia airport, as well as growing residential development in the area, according to the Inquirer.

Among Commercial Development's recent projects is the transformation of the former Bethlehem Steel complex at Sparrows Point in Baltimore County, Maryland. The sprawling site that included a shipyard on Baltimore Harbor became a 3,250-acre distribution hub with a tenant roster that includes Amazon, FedEx and Under Armour.

That endeavor, now known as Tradepoint Atlantic, required years of environmental remediation to be reused, much like the Budd Co. site on Red Lion Road still does, the Inquirer reports.

The Northeast Philly parcel is not to be confused with the older, 28-acre Budd Co. site in the Nicetown neighborhood of North Philly, near Germantown and East Falls, where 1.8M SF of industrial space still stands. New York-based Plymouth Group won a public auction for the site early this year, and is still in the process of site planning, founding partner Michael Davis told Bisnow.