The status of a proposed Post Brothers development is up in the air in a revealing moment for Philadelphia’s construction labor. 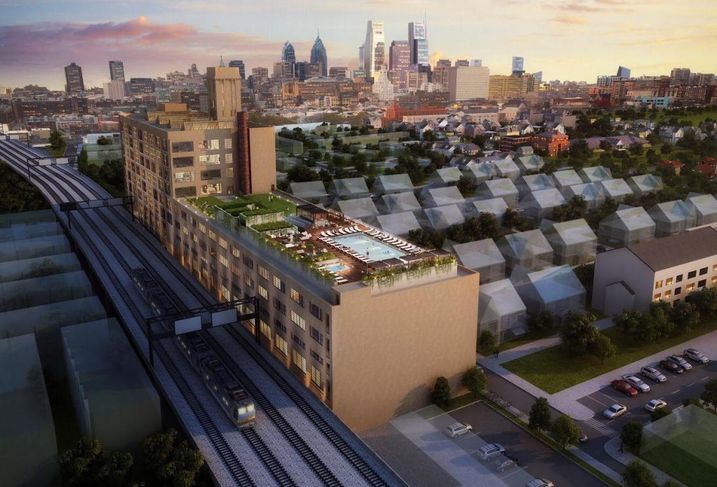 The developer is seeking a zoning variance to convert a large warehouse — dubbed the Quaker Building — on 900 North Ninth St. to a $100M, 350-unit apartment building. The 380K SF warehouse, vacant since 1998, is a relic from a bygone era, without the floor area, ceiling heights or loading capabilities that any industrial user in 2017 would require. Yet the Zoning Board of Approvals voted 4-1 against changing the building’s zoning from industrial to residential.

The board said Post Brothers failed to prove that redeveloping the building as industrial would be a financial “hardship,” but Post Brothers President Matt Pestronk told Bisnow such a task is impossible.

Philadelphia, especially north of Center City, has been dotted with industrial-to-multifamily conversions in recent years. Another one, Radnor and Community College of Philadelphia’s Hamilton project, just broke ground near North Broad Street. The ZBA’s rejection of Post Brothers’ proposal might seem surprising in that context, but not when considering the background of both sides.

Post Brothers reached an agreement with community organization Richard Allen Homes New Generation to ensure that 50% of the labor for the project come from people of color. In order to reach that number, it would have to rely largely on nonunion labor, due to the construction unions’s lack of diversity — only part of their myriad issues with race relations that go back decades.

Those unions exert a great amount of influence on the ZBA, as the Philadelphia Inquirer’s Inga Saffron noted; the board counts the business manager for the local steamfitters union and a representative from the laborers union among its members. Post Brothers has clashed with the building trades before, most notably when union trucks blocked access to its Goldtex project while under construction with nonunion labor.

“We feel that the [ZBA] decision was politically motivated, and it’s an embarrassment for everyone,” Pestronk said.

Through the Goldtex controversy and this ZBA decision, city government has remained silent — perhaps because John "Johnny Doc" Dougherty, head of the local electricians union, is a major donor to several council members, including Council President Darrell Clarke, who represents the district encompassing the Quaker Building. 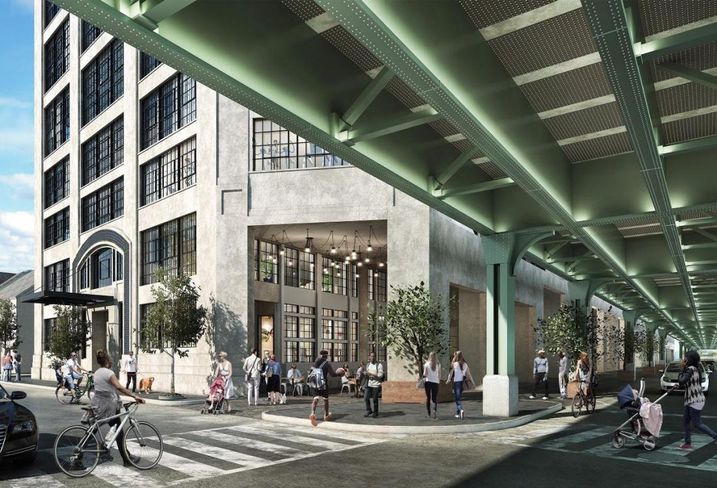 Skilled construction labor is in high demand across the country, and has struggled to keep pace with accelerated building activity, leading to skyrocketing construction prices. Industrial-to-residential conversions are one way developers are mitigating costs to make building profitable.

“If we’re buying a shell and land for $50 per foot, it would probably cost $150 per foot to buy land and put up a steel and concrete shell to get it ready for interior construction,” Pestronk said.

Saving money on construction also allows such a building to hit a price point below the new construction projects in Center City, and Post Brothers plans to set rents at the Quaker Building “so that someone making $50K to $60K a year can afford a two-bedroom unit with a roommate,” Pestronk said.

If keeping the building industrial is not economically feasible, as Pestronk claims, then the ZBA blocking a conversion effectively keeps it vacant in order to maintain union labor's primacy in the city's construction industry.

When asked if Post Brothers would use union labor if it was able to satisfy his diversity requirement, Pestronk said “the price would still have to be competitive.”

Perhaps acknowledging its inconsistency, the ZBA has agreed to a reconsideration hearing regarding the Quaker building, and Pestronk remains confident the development will get built.

“We got [the reconsideration] the day we applied for it, and normally it takes weeks,” Pestronk said.

UPDATE, Sep. 25 6:15 P.M. ET: A spokesman for the mayor's office denied that the ZBA had already granted Post Brothers a reconsideration, saying it had 30 days to respond to the request and that "the decision was not made immediately, and is not a foregone conclusion.” Post Brothers declined to comment.