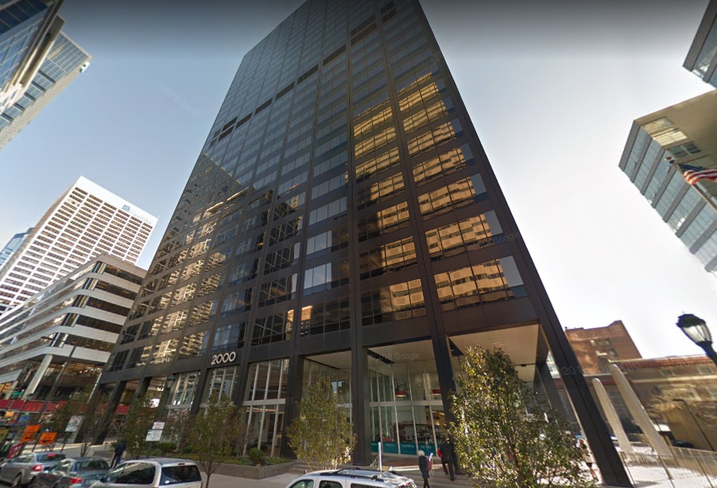 Nahla Capital has made its first purchase in the city with the acquisition of 2000 Market St. for $126M in a joint venture with Goldman Sachs. The purchase price is $16M above what Gemini Rosemont Realty asked when the New Mexico-based landlord put the property on the market in September.

The 29-story, 665K SF building is over 90% leased, with a tenant roster including law firm Fox Rothschild, Santander Bank, Aetna, the Board of Pensions of the Presbyterian Church and accounting firm Schechtman Marks Devor. The latter three tenants renewed in 2015 for a total of 112K SF, providing a measure of long-term stability.

Nahla and Goldman Sachs will invest in improvements to the building's infrastructure and amenity offering, according to a press release. CBRE managed leasing for Gemini Rosemont, though the release did not disclose whether it would remain.

Nahla followed Nightingale Properties and Thor Equities from New York into the Center City office market, and just like its predecessors, it zeroed in on a Class-A property on Market Street.

“2000 Market Street represents the best class of office space available in Philadelphia’s thriving Market Street West neighborhood and illustrates Nahla Capital’s commitment to expanding in major urban markets throughout the United States,” Nahla Capital Managing Principal Genghis Hadi said. “Philadelphia has become a true destination in recent years and we couldn’t be more excited about becoming a part of this flourishing city through this acquisition.”