Orange County Mixed-Use Developments Are On The Rise

Berkadia Managing Director Jeff Rowerdink remembers when apartment owners would cringe when they would see a retail component interlaced into their apartment building.

“They didn’t understand retail,” he said. “They didn’t know how to cap it or price it. It made them nervous. … Now you look around, all the new developments are interlacing mixed-use retail.”

Mixed-use developments are on the rise in Orange County and the rest of Southern California.

In under-construction and potential mixed-use projects being built in Anaheim’s Platinum Triangle, Newport Beach’s Koll Center, Santa Ana, Westminster and Dana Point, developers are trying to cater to the demand of this new generation of renters, experts said at Bisnow’s Orange County’s Mixed-Use Mania on March 28 at Koll Center in Newport Beach.

A recent USC Casden Multifamily Forecast projects Orange County rent to increase by 3% to 3.6% this year.

High construction costs and lack of housing affordability in the area are driving up multifamily rent. The average home price in Orange County is $675K.

To justify the high rent, developers are building around experiential retail centers and packing their developments with amenities so renters feel they are getting the most out of their money, speakers said.

“Compared to other markets with similar rent levels — Boston, Seattle, downtown Denver — the delta to buy a home and rent is so high here in Orange County that it forces people [if they were] in other similar markets who would buy to otherwise rent,” Walker & Dunlop Vice President Steven Natale said. “That results in more Class-A properties here and bigger spread with Class-A and Class-B.”

“You have to have something that people are going to want to do or experience rather than buy a shirt or shoe because you can buy that at Amazon,” Rowerdink said.

Baker Block is a brisk 10-minute walk to the popular self-described anti-malls The Camp and The Lab in Costa Mesa. Unlike traditional malls, The Camp and The Lab are outdoor retail centers that attract a young adult demographic with hip stores, an art gallery and restaurants.

“There’s not a demand for soft goods retail. It’s really a food- and fitness-driven world,” Anderson said. “How does that play into the lifestyle of your residents? That could be a place to have meetings, meet for coffee, get wine, go on a date so you’re trying to create a lifestyle experience through that use of space.”

But the market still faces challenges.

Vacant land is hard to come by. Entitling an existing building for mixed-use could be costly and challenging. And construction prices continue to go up, Trammell Crow President of Construction Tony Ditteaux said.

"Cost this past year went up 10%," Ditteaux said. "Lumber is at the highest price per unit. We're struggling to get more labor and there is a need to fix immigration and the work permit system. It’s not good out there and getting tougher and tougher."

But the payoff could be worth it.

There is still a healthy demand for multifamily housing in the coming decades, as indicated by a report that millennials are paying $93K in rent by the age of 30 and Gen Z will spend $102K.

"I know it's a lot of money but they are probably getting what they pay for," said 4Terra Investments CEO Rick Lamprecht after the panel. "It's not a waste." 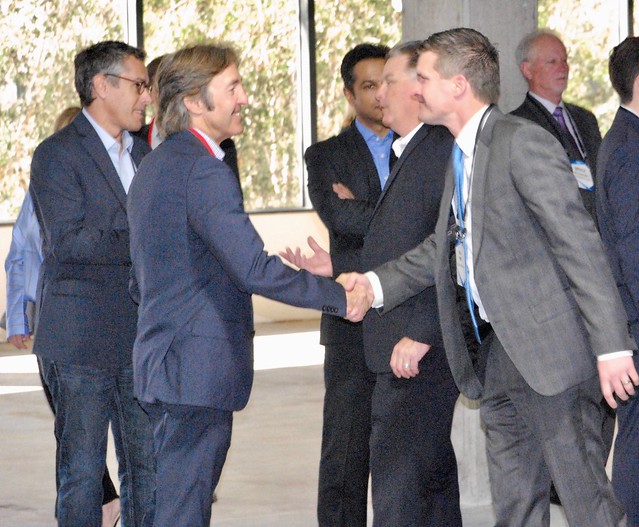