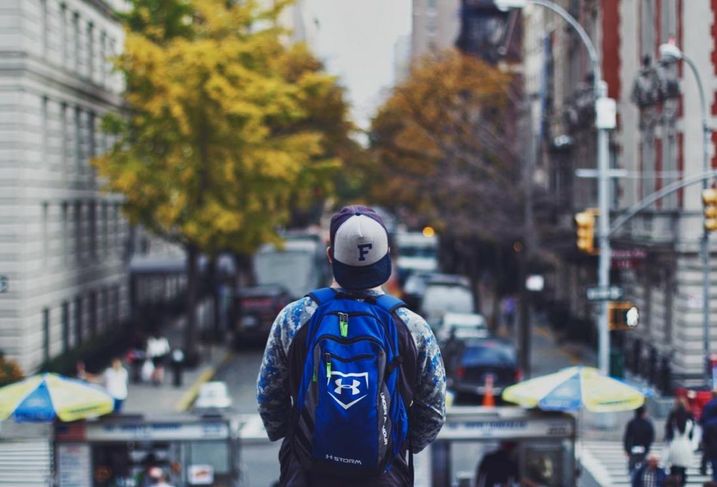 By the age of 30, millennials will have spent nearly $93K in total rent, according to a new study by RentCafé using nationwide census data.

"If this trend continues, Gen Z-ers (those born between 1995-2014) are expected to pay something in the vicinity of $102K while in their 20's just to put a rented roof over their head," RentCafé real estate writer and author of the study Florentina Sarac said in a news release.

Sarac said millennials are financially strapped because of higher student loan debt than previous generations and they are living in a climate of soaring housing prices.

In Los Angeles and the greater Los Angeles region that includes Orange County and the Inland Empire, a different study last year found more than 41.5% of millennials either still live at home or have moved back in, according to apartment listing site Adobo.

The RentCafé study takes a look at affordability in multifamily housing in major metros nationwide. 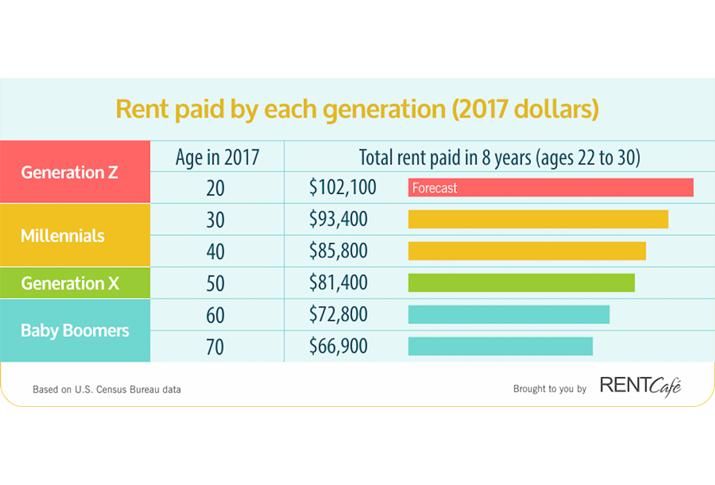 In high-cost Los Angeles, apartment rent continues to increase with some people moving out of major job centers to more affordable cities on the outskirts of Los Angeles County.

Sarac said in an email to Bisnow the study proves what many people already suspected about how much millennials spend on rent.

"Despite having a higher income compared to Gen Xers or Baby Boomers, Millennials spend 45% of it on rent alone," she wrote. "Additionally, it’s important to know what lies ahead and prepare for the worst, especially if you’re a Gen Zer getting ready to step into the rental market."

Sarac said the demand for rental housing is driving development in most cities across the nation. The biggest issue she has found is that most of the new construction seems to be focused more on high-end buildings than affordable ones.

"This is not helping with the rising rent prices," she wrote. "These areas are becoming less affordable and low-income renters are forced to relocate."

She said the ideal solution is to construct lower-income apartment buildings.

"However, this is just one piece of the puzzle as income also plays an important part," she wrote. "As a temporary solution, what we already see happening in some construction-crazed cities is that more and more developers are offering concessions such as months of free rent with the purpose of attracting renters."