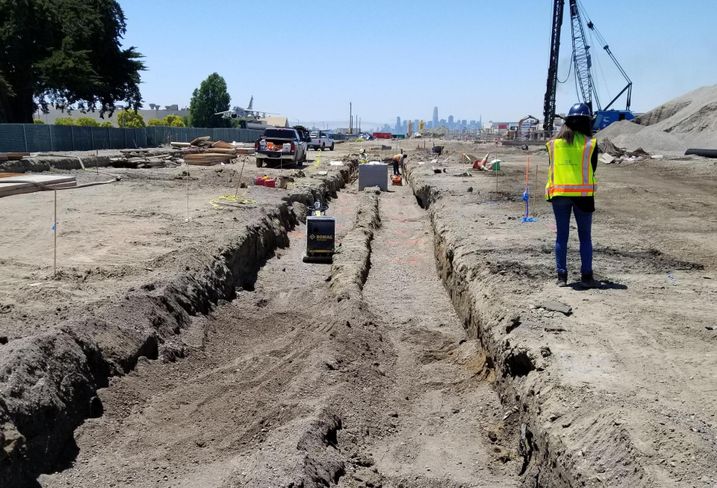 The 68-acre site of a former East Bay naval base is officially well on its way to 800 homes, 600K SF of commercial space and 15 acres of parks.

Several developers of Alameda Point, including LA-based Cypress Equity Investments, affordable housing builder Eden Housing and Trumark Homes, have begun or are beginning construction on a combined 324 residential units during the summer, while CEI and Trammell Crow Residential will break ground on 220 more in late 2019, according to an announcement by Trammell Crow Residential.

Alameda Point Partners, a joint venture of Trammell Crow Residential, CEI and srmERNST Development Partners, closed on a land transfer for the first 30 of 68 acres last March. The group has since completed demolition of the first 30 acres and completed 50% of the necessary infrastructure, which includes a street grid with bike and transit lanes, 8 acres of parks and a ferry terminal in Seaplane Lagoon.

The ferry dock itself is currently being fabricated, with construction of the terminal itself expected to begin in the fall, according to the developers.

“The new ferry service is a game changer,” Stephanie Hill, TCR vice president of development for Northern California, said in a statement.

“It is right at Alameda Point’s front door and provides direct service to downtown San Francisco in 20 minutes. This is a great amenity for residents and businesses of Alameda Point and will cut down on the number of cars on the road.” 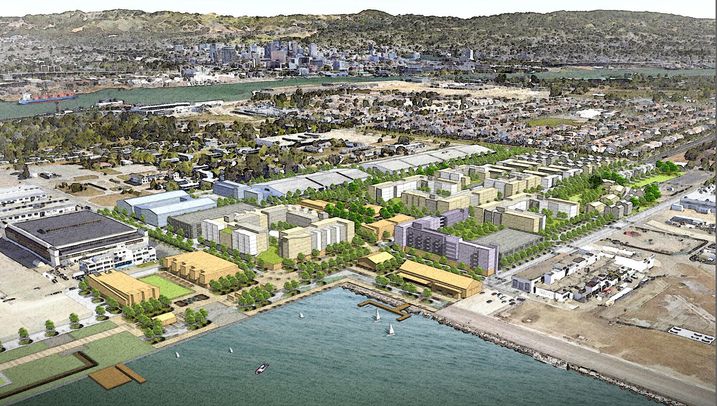 On Monday, CEI broke ground on a 200-unit market-rate residential building that will include 9,500 SF of ground-floor retail space and be across the street from the new ferry terminal.

Trumark and Eden Housing are also underway on site improvements for their respective parcels. Eden has begun construction on its 60-unit senior housing development and will ultimately develop a total of 130 homes that will be affordable to extremely low, very low and moderate-income households.

Trumark will begin vertical construction of 64 townhomes on A Street designed by KTGY Architecture, according to TCR, and has an option for the parcel across the street where it could build 60 more townhomes. Alameda Point Partners expects to close on the sale to Trumark this month.

“Construction of Site A will be a catalyst for the redevelopment of the entire base,” Hill said. “There are many tech firms and 'maker' businesses that are already established at Alameda Point."

Alameda Point Partners expects to receive 20 more acres from the city of Alameda next spring for Phase 2 of the project, and Phase 3, which will include a hotel and additional commercial space, will commence once the Navy completes remediation activities, according to Hill.

The development is over 20 years in the making. Naval Air Station Alameda closed in 1997, and a lack of infrastructure as well as other site complications had stymied past efforts by developers like Shea and Centex Homes and SunCal.